As Afghans head to the polling booths to elect a new president, a contested and fraud-marred elections could potentially throw Afghanistan into a renewed cycle of violence and instability, says Dr Shanthie Mariet D'Souza. 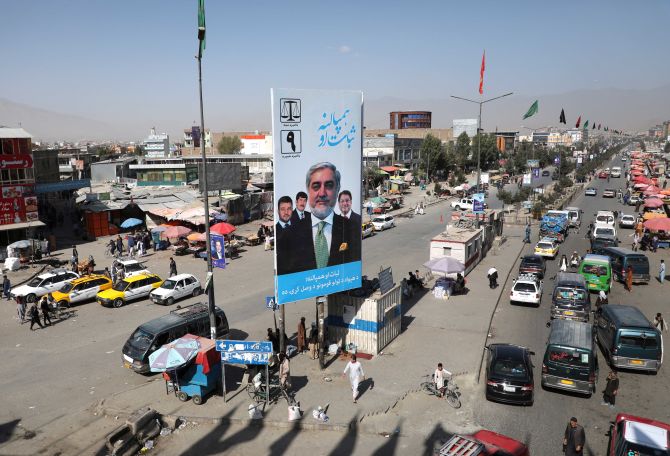 On September 9, US President Donald Trump declared the peace talks with the Taliban 'dead'.

Interestingly, this declaration, which symbolised a collapse of the much-hyped process, provided the space for the resumption of the much-delayed presidential elections in Afghanistan.

The twice delayed elections had led to a political stalemate of sorts induced by the chicken and egg dilemma of the signing of peace deal first before the conduct of elections, and consequent ethnic polarisation and fraying of the fragile post Bonn consensus in that country.

For peace and stability, however, much more needs to be done than swinging from one end to the other.

The collapsed 'deal' was largely perceived as an 'exit arrangement' for the withdrawal of the American troops from Afghanistan.

It had led to considerable anxieties and concerns inside Afghanistan and the region. The most problematic part, however, was the non-inclusion of the Afghan government which had raised serious questions of legitimacy, acceptability, viability and implementation.

Trump had political reasons for his decision, which included the death of a US soldier in a Taliban attack and the awkward position of having a deal with a violence mongering group before the 9/11 anniversary celebrations and the election campaign of 2020.

The declaration was followed by a series of attacks by the Taliban. The United States, on the other hand, promised to step up kinetic operations.

Afghanistan is now in an election mode to elect a new president on September 28 amidst bloodbath and insecurity.

Given the uncertainty and lack of adequate preparations, it remains to been seen if the conduct of elections alone will help bring in peace and stability in the conflict ridden country.

On the other hand, a contested and fraud-marred elections could potentially throw Afghanistan into a renewed cycle of violence and instability.

The long road to 'peace'

In the long run, insurgencies predominantly have ended through negotiated settlements. According to a study by RAND, "Military force has rarely been the primary reason for the end of terrorist groups and nearly half of the terror groups analyzed ended as a result of a transition into the political process."

Likewise, the challenge posed by the Taliban-led insurgency will have to culminate through an appropriate use of force and process of negotiations.

Any such future process would have to take cognisance of the centrality of Afghans and the Afghan government as the lead interlocutor.

For that reason, conduct of free and fair elections are necessary to re-establish the credibility and legitimacy of the Afghan government.

Without Afghan government involvement and broad consensus inside Afghanistan, any externally mediated peace process is less likely to succeed.

The indigenous peace-making High Peace Council needs to be strengthened to mediate, reintegrate, and rehabilitate the insurgents. The talks can take place only in an atmosphere of absence of violence.

Thus, a ceasefire and end of hostilities are necessary conditions. For these to happen, the issue of sanctuary and external support that the Taliban enjoys must be addressed.

The contents of any future 'deal' has to emerge clear from the cauldron of ambiguity. The lapsed deal had not addressed contentious issues like the number and timeline for US troop withdrawal, counter-terrorism guarantees that the Taliban was supposed to have provided about keeping Afghanistan free from the presence of groups like Al Qaeda, declaration of end of hostilities and permanent ceasefire, formation of an interim government, power-sharing arrangement with the Taliban, constitutional and political reform; and the type of state that Afghanistan would emerge as -- Islamic Republic or Islamic Emirate.

Intra-Afghan consensus building around these issues need to precede attempts at deal making with the Taliban.

The peace process has accentuated the differences among the elite in Afghanistan, including an outreach by the opposition groups to the Taliban. This feeds to the Taliban strength and must be resolved.

Any long-term policy of transforming conflict-ridden Afghanistan is not mere a declaration of the end of hostilities, but the presence of national, political and social institutions capable of mediating conflict.

Absence of credible institutions to mediate in various social, political and economic conflicts is a major factor providing impetus to the ongoing armed conflict. Establishing long-lasting and participatory institutions that involve a wide range of governance, security and political sector reform, anti-corruption measures, representational and reconciliation imperatives, need to be the focus of the international community.

Taliban follows a strategy of delivering intense violence along with a proclaimed commitment to negotiation.

The group is likely to explore possibilities of seeking favours from countries that are not in tandem with the US goals in Afghanistan. These could include Russia, China, Iran and Pakistan.

Afghanistan's tragedy remains in the fact that time and again its internal contradictions have been caught in the web of external power agenda.

The renewed interference by regional powers and evolving great power competition between US and Russia and the difficult bilateral relations between the US and Iran has further complicated the situation.

Lessons learned from other conflict theatres throw further light on the essential components of peace and reconciliation efforts, which do not merely amount to offering amnesty to dissidents or providing opportunities to elites and militia leaders to strike deals for control of territories and resources.

It is essentially about engaging all sections of Afghan society to build national institutions that locals trust and respect.

Such a process would call for a peace and reconciliation process based on 'inclusiveness' involving local stakeholders and regional actors.

Beyond a binary choice of a total military defeat of the Taliban or peace deal with the insurgents, there are other alternatives. Image: American soldiers head out from the Kabul air base. Photograph: Vasily Fedosenko/Reuters

Without a peace deal, the international community needs to strengthen the Afghan state and create greater political unity as a means to either get to real reconciliation or achieve incremental success through reintegration.

The odds of this are not great but it's the best hope to avoid a bloodier civil war. The international community also needs to help in the conduct of free and fair elections to help build the legitimacy of the Afghan government.

Options for a country like India in Afghanistan have remained limited due to lack of a 'hands on' policy.

Beyond 'aid and development' initiatives, which have accrued tremendous goodwill, New Delhi has not translated its soft power gains into enduring channels of influence.

It has maintained its 'wait and watch' policy even as other countries made a rush to reach out to the Taliban.

It's stated policy of support for an Afghan-led, owned and controlled peace process has not been accompanied by concrete steps to support and strengthen Afghan government, institutions or indigenous Afghan process.

Given the broad-based engagement and clout India has among all the ethnic groups, it can play a major role in the intra Afghan consensus building.

Likewise, it can play a major role in regional and international consensus building through the UN and regional organisations like SCO or SAARC.

New Delhi along with the international community needs to support the conduct of free and fair election in Afghanistan.

Any messy outcome in that country is going to further complicate New Delhi's goals of maintaining 'peace and stability' in Afghanistan.

In the long term, beyond its 'aid only' policy, New Delhi needs to help Afghanistan in institution building, particularly in the areas of security, political participation, elections, justice, governance and economic development. Else, the dangers of the reversal of the gains of the last 18 years remain high.

Dr Shanthie Mariet D'Souza is founder and President of Mantraya. She has conducted field studies in Afghanistan for more than a decade. She is the editor of Countering insurgencies and violent extremism in South and South East Asia, (Routledge : UK, January 2019). E-mail: shanthie.dsouza@mantraya.org, tweets @shanmariet. 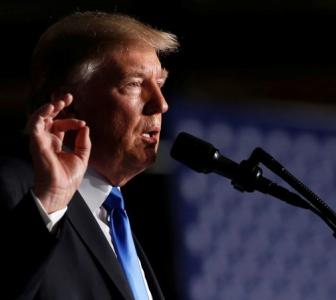 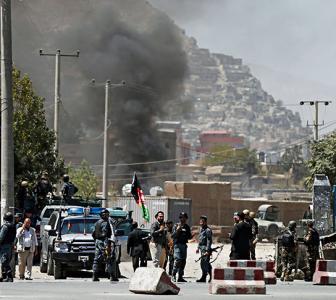 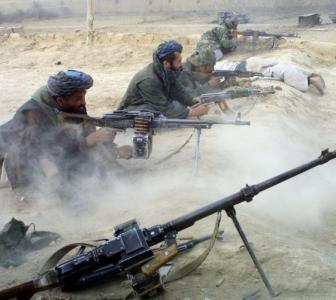