Today, at the national and regional level, large loopholes still exist in the security system. On the international front, however, there have been a lot more initiatives, yet the apex body of the UN remained silent post-26/11. Were they justified in holding back? Dr Waheguru Pal Singh Sidhu analyses

The third anniversary of the heinous 26/11 assault on Mumbai, which coincides with the 10th anniversary of the 9/11 attacks and the attack on the Indian parliament, are a stark reminder that despite efforts at the national, regional and international level, the spectre of terrorism continues to haunt the world.

At the national level, even three years after the horror of the Mumbai attacks, the nation's capacity to detect and disrupt such plots remains appallingly inadequate. This was apparent when an abandoned 1,000-tonne merchant ship, the MV Pavit, drifted and ran aground, undetected, on the Juhu-Versova beach in June 2011. If a ghost ship like the MV Pavit is not spotted, let alone intercepted, it raises troubling questions about the ability to stop smaller vessels being manoeuvred to evade detection.

At the regional level, despite the 23-year old South Asian Association for Regional Cooperation (SAARC) Regional Convention on Suppression of Terrorism and its Additional Protocol, there is little or no coordination on counterterrorism at the practical level. This was evident at the latest SAARC summit in the Maldives, where Pakistan's oft-repeated promise to persecute the individuals responsible for Mumbai only underlined the lack of progress. Similarly, Islamabad's inability to act against the Jamat ul Daawa, despite evidence, indicates the woeful inability of SAARC to effectively address terrorism at the regional level.

At the international level, over the past decade, the United Nations system (comprised of member states and various institutions) has done a commendable job establishing international norms and rules to combat terrorism. Starting with UN Security Council Resolution (UNSCR) 1373, adopted in 2001, which established the UN's Counter Terrorism Committee (CTC), the world's most exclusive decision-making body has also passed a number of other resolutions, notably UNSCR 1540 (2004), UNSCR 1566 (2004), and 1624 (2005), aimed at countering terrorism.

These resolutions strengthened the 14 other UN conventions and protocols (the earliest dating back to 1963) dealing with terrorism. Combined with the United Nations Global Counter-Terrorism Strategy, adopted unanimously by the General Assembly in September 2006, these established the UN's four-pillar counter terrorism strategy of:

· Measures to address the conditions conducive to the spread of terrorism;

· measures to prevent and combat terrorism;

· measures to build States' capacity to prevent and combat terrorism and to strengthen the role of the United Nations system in that regard; and

· measures to ensure respect for human rights for all and the rule of law as the fundamental basis for the fight against terrorism.

One indication of the success of the UN system in establishing norms against terrorism is the acceptance of these conventions, resolutions and strategy by the majority of UN members. According to India's Permanent Representative to the UN, Hardeep Singh Puri (who is also the chairman of the CTC), on "11 September 2001, only two states were signatories to all the [then] 12 UN conventions relating to terrorism. That number has now grown to 111."

However, the implementation of these measures have been found wanting, partly on account of the lack of capacity of the various UN agencies as well as some member states. Most worrying is the ambivalence because of some countries' inclination to support these norms in word but not in deed, compelling Puri to call for "a greater focus on States' implementation of resolution rather than on 'reporting' as an end in itself."

This severe drawback is evident in the case of the 26/11 Mumbai attacks. In previous attacks in other parts of the world - for instance, in London on 7 July, 2005 - the UNSC passed UNSCR 1611 (2005) on the very same day condemning the attacks. Similarly, the UNSC also adopted UNSCR 1618 (2005) to condemn terrorist attacks in Iraq and asked for specific actions to be taken to counter these attacks. In addition, the UNSC has regularly passed resolutions under Chapter VII of the UN Charter (which authorises the use of force) aimed at "Al Qaida, the Taliban and other individuals, groups, undertakings and entities associated with them, for on-going and multiple criminal terrorist acts aimed at causing the deaths of innocent civilians and other victims, destruction of property and greatly undermining stability."

Significantly, no such resolution was forthcoming after the Mumbai attacks.

One possible explanation for this lapse is that the Mumbai attacks were not carried out by entities associated with Al-Qaida and Taliban and did not also directly affect the interests of the permanent members of the UNSC. A resolution was passed after the London attacks because the UK is a permanent member of the UNSC. As India was not even an observer member of the UNSC at the time of the Mumbai attacks, it might not have been in a position to propose such a resolution.

Worse, even as the involvement of Pakistan's security establishment in the Mumbai attacks became evident, the UN system was unable and unwilling to call Islamabad to task. This despite the fact that even three years after the strike on Mumbai, Pakistan has not prosecuted those responsible and was in clear violation of UNSCR 1456 of 20 January, 2003, which categorically notes: "States must bring to justice those who finance, plan, support or commit terrorist acts or provide safe havens, in accordance with international law, in particular on the basis of the principle to extradite or prosecute."

In theory, the UNSC could impose sanctions against a country that violates its own statues. In practice, however, this is not likely to happen in the case of Pakistan, primarily because Islamabad (despite its growing intransigence) is a key ally of the West in the counter-terrorism operations in Afghanistan.

While there is an inherent reluctance on the part of the UN counterterrorism architecture to confront state-sponsored or even state-unsponsored terrorism, such dereliction to uphold the painstakingly established norms is likely to erode the entire structure.

There was a time that state-sponsored terrorism was winked at on the mistaken assumption that one person's terrorist is sometimes another person's freedom fighter. However, in the wake of 9/11 and the Mumbai attacks, such a distinction is no longer tenable or justifiable under any circumstances.

Against this backdrop and under the Indian presidency of the CTC, the UN is now developing a norm "to ensure zero-tolerance towards terrorism" and particularly urges States to:

- Prevent those who finance, plan, facilitate or commit terrorist acts from using their respective territories for those purposes against other States or their citizens and to deny safe haven to persons engaged in these activities;

- Bring to justice those who finance, plan, support, facilitate, or commit terrorist acts, in particular noting the principle of "extradite or prosecute", in accordance with international law, including human rights law;

- Prevent the movement of terrorists, including the supply of weapons, through effective border controls.

While the effective implementation of these would clearly prevent another 26/11-like episode, it is not clear whether the CTC, even under the Indian leadership, can ensure their operationalisation.

Unless the UN system can adequately respond to the challenge posed by 26/11, by holding states like Pakistan accountable for their role in transnational terrorism, the elaborately constructed international counter-terrorism system will loose its credibility. If international terrorism is to be effectively tackled, then Mumbai's experience cannot be allowed to go unpunished or repeated.

Print this article
In protest, he let loose LIVE snakes in govt office!
Another clash between NATO-Pak forces defused 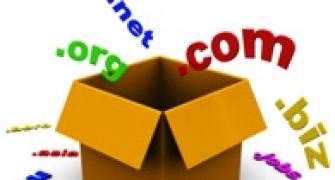 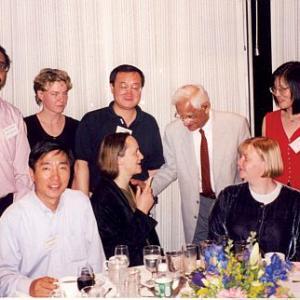 NATO attack was not intentional: US