Relax! It's just a book 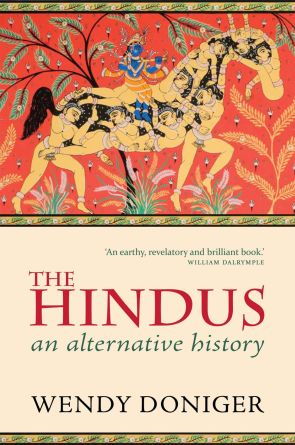 What happened within the last 40 years that turned this society from secular democratic to Hindu right-wing that clench their collective fists of spiritual nobility against the fictional enemy that never was? The internet happened, says Vinay Menon.

“To learn who rules over you, simply find out who you are not allowed to criticise.”

Wendy Donniger's Hindus: An Alternative Historyhad insulted a group of Hindus (not all of them). In a historic act of abuse to the right to freedom of expression, Penguin, the publishers of the book decided to recall and pulp the books.

While I can think of at least a dozen Chetan Bhagat-wanna-be authored ‘bestseller’ books that could be used as fertilizer, this begs a different question altogether -- why is a book that was published in 2009, being hastily erased from the pages of published history, now after nearly five years?

Had nothing happened to this book, most of the world would know nothing about it and our democracy would continue to dysfunction without an additional festering pimple to deal with. But now, suddenly the country has been galvanised into opposing camps. Now there is a larger group of Hindus with second-hand indignation and a group of ‘rebels’ who’re taking time off to download and read a book they’d otherwise have never heard of.

What is it that insults these otherwise bourgeois people that would stop them from sipping their evening tea and form a band of crusaders to protect everything their parents parroted to them with reverence? Reading the news stories and web pages, I find that the book is considered inaccurate and is written with a ‘western bias’. The idea sounds vague and up for misinterpretation and fuels my curiosity further.

And so I, a ‘modern’ young atheist, took a simple trip to Wikipedia to read that Wendy Donniger has under her repertoire The Rig Veda: An Anthology, 108 Hymns Translated from the Sanskrit (1981). I thus used my mighty powers of deduction to conclude that our authoress in question does her homework rather well and/or is well read. A seasoned stalwart of ‘Bharat’ on the other hand would visualise an American woman, with a malicious glint in her eyes and sharp pointy teeth, writing pure hatred upon paper while thunder crackles in the background, in a bout of xenophobia reminiscent of the good ol’ freedom struggle days.

Exaggeration? Me? I would never do that in a billion years!

But I digress, the point being, the best I can do is to make assumptions about the book and the writer as I haven’t read this particular book or any other from the same person. Much like the ‘protestors’. What a coincidence!

There was another story which went under the radar for propagating anti-religious sentiments and supporting enemy neighbours. Not a week back, the theatre group, Evam Entertainment, received an email from the organisers of the prestigious Kala Ghoda festival at Mumbai that the staging of their play has been cancelled. Reason? A right-wing group had threatened to file a complaint with the police for the play, Ali J, which they were about to showcase. They’d referred to the play as ‘anti-national and supporting the formation of Pakistan and Mohammed Ali Jinnah’.

What is with this incessant need to protest against art when you disagree with it? I find Uday Chopra as disagreeable at every level, yet I’m not engaging the police and the larger public in a frivolous ego trip.

People throng the streets claiming you can’t criticise or mock their religious beliefs. I find religion a fascinating subject in an ironic sort of way. I am of the opinion that religion can be criticised the same way art is, since they’re both essentially the same -- man made and evoking emotions in people.

But let’s look at the hidden problem here. Of late, there has been a lot of protests and righteous indignation against criticism of Hinduism or Sanatan Dharma -- that ancient religion which once claimed that every individual had the right to follow his own path guided by his own intellect and intuition, to be modern and liberal.

What led to this newly found persecution complex? In 1973, the Malayalam movie, Nirmalyam consisted of a scene where the protagonist, the temple Velichapdu (oracle in vague terms) spits on the face of the temple idol in a powerful and compelling climax. Had the movie been released now, my Facebook wall would’ve been flooded with howls of hurt and similar sentiments.

What happened within the last 40 years that turned this society from secular democratic to Hindu right-wing that clench their collective fists of spiritual nobility against the fictional enemy that never was? The internet happened!

Off late, Indians, on a whole, have been more and more aware of other cultures and accessing different forms of entertainment, to the extent that religion has become yet another routine in our lives, like brushing our teeth. Most of the youth are turning away from it or at the very least are disinterested in it. Enter the fan boys, who feel like they’re being cornered and abandoned and they turn the frustration of their everyday lives towards the safeguarding their beliefs.

While I’d like to say they just need hobbies, I’d have started to behave similarly if everyone started criticising Quentin Tarantino all of a sudden. Never compromise, not even in the face of Armageddon! And in that glorious sacrifice, will I finally find the answer to the one question which plagues us all -- what is my purpose in life?

Religious or not, we all need to relax and stop taking life too seriously.

Now tell me, what’re your hobbies? 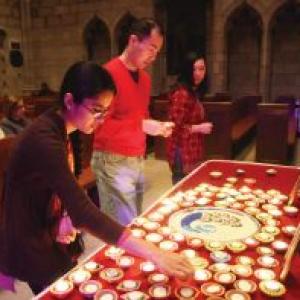