News
Business
Movies
Sports
Cricket
Get Ahead
Money Tips
Shopping
Sign in  |  Create a Rediffmail account
Rediff.com  » News » The prime minister has given a recipe for undermining the Constitution

The prime minister has given a recipe for undermining the Constitution

'To suggest that activists -- and that too 'five star activists' -- are driving the courts is to betray an ignorance of the functioning of the legal system of the most gross kind,' says former Additional Solicitor General Indira Jaising. 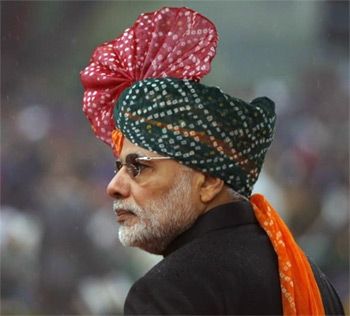 The separation of powers between the Executive and the Judiciary is an article of faith in the Constitution of India. They are not siblings, but at an arm's length form each other.

The reasons are obvious -- the courts are the guardians of Fundamental Rights, the most fundamental of which is the right to life.

We have just seen a demonstration of the exposition of the right to Freedom of Speech, which I consider to be in the current political context of majoritarian rule, the most potent weapon in the hands of ordinary citizens, bringing with it the right to dissent, the right to say No, the right to disagree with the development paradigm propounded by the government of the day.

The Supreme Court struck down Section 66A of the Information Technology Act, notwithstanding the support it got from the government through its additional solicitor general in court.

The two institutions are therefore not siblings, but the Judiciary is an institution which is meant to safeguard the rights of the citizens of India against violations by the Executive and the Legislature.

Imagine the situation if this right did not exist. In an already overburdened system and one in which litigation can become a legacy, how would rights violations be addressed if this kind of access did not exist.

This was the rationale for the introduction of Public Interest Litigation into our jurisprudence, the right to any person or organisation to draft the attention of the court to violations of fundamental rights.

All that the courts have to ensure is that Public Interest Litigation is not being used by a person with a vested interest in the issue against a competitor. Such a situation can arise and has arisen when say, for example, a builder brings to court a litigation against another builder disguised as an issue of environment when the issue is really competition for commercial gain.

Courts have put down such petitions with a heavy hand.

But to suggest that activists and that too 'five star activists' are driving the courts, is to betray an ignorance of the functioning of the legal system of the most gross kind.

To go a step further and to say that perception is driving the courts is to make matters worse, indeed as some have pointed out, nothing short of attributing motives to the activists and the courts.

So let us begin by asking the question, who is a 'five star activist' and given star ratings, who would be four, three and two star activists?

The prime minister should know, given that many of the MPs in his own party are money bags who spend the good part of their life in five star hotels and use their considerable wealth to foul up parliamentary committees with vested interests and conflict of interest.

Perhaps he should put his own house in order before attempting to clean up the judiciary.

More importantly, the role of the judiciary in India grows in direct proportion to the lack of good governance, in as much as the errors of the Executive and the Legislature can and are corrected by the Judiciary.

What is deeply disturbing is that the prime minister chose an inappropriate forum to make his comments, a meeting of chief justices, it was not an academic forum, not a debating platform, but an occasion to unveil a vision for the judiciary in terms of a national policy on law, legal education and justice.

Instead, it used it as a political occasion for partisan and petty personal gain. He made direct references to pending cases 'bail to five star activists,'undoubtedly a reference to Teesta Setalvad whose petition is still pending in court.

Let it be noted, that the prime minister and his party functionaries are accused in courts in petitions that are pending to this day. The CBI has chosen not to appeal against the order discharging his party President Amit Shah and there will undoubtedly be an appeal by the family.

He has hence a vested interest in defeating the five star activist seeking bail, and many other who challenged his development policies like on the nuclear issues or on coal mining, as did Greenpeace and now on the land ordinance.

The fact is that every political issue is also a legal issue and one expects the prime minister to respect Constitutional institutions by staying within the limits of his mandate.

That apart, the fact is that given the lack of effective opposition in Parliament, public minded citizens have a major role to play in raising issues of national importance outside Parliament and in every available forum, to stay true to the Constitution.

The problems cannot be wished away by bad mouthing them, arresting them, preventing them from going abroad or calling them 'five star activists.'

Given that we now have on the table, the NJAC (National Judicial Appointments Commission), where the Executive will have a direct role to play in the appointment of judges, we are in for chilling times. 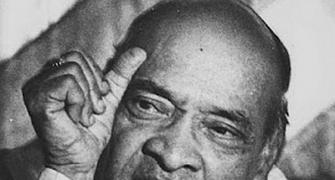 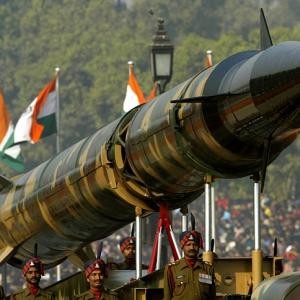