The confrontation between the two will continue in other forms and other arenas, but to describe the recent judgement disqualifying Gilani as a judicial coup would be overstating its significance and implications, says B Raman.

Makhdoom Shahabuddin, who was minister for textiles in the outgoing Pakistan cabinet headed by Prime Minister Yousuf Raza Gilani, has reportedly been nominated by President Asif Ali Zardari to be the new prime minister. Barring unlikely surprises, he is expected to be elected to the vacant post by the National Assembly on June 22.

On the instructions of Zardari, the Pakistan People's Party members and legislators have conducted themselves with dignified anger and restraint in the wake of the controversial ruling of a three-member bench headed by Chief Justice Iftikhar Muhammad Chaudhry disqualifying Gilani from holding office because of his earlier conviction for contempt of court.

The conviction was triggered off by his failure to carry out the directive of the court to write to the Swiss government for re-opening investigation into a case in which allegations of money-laundering had been made against Zardari and the late Benazir Bhutto.

The PPP has decided not to challenge the ruling of the Supreme Court and to accept its verdict despite its serious reservations over its validity. The Election Commission, apparently with the prior concurrence of Zardari, promptly carried out the directive of the court to declare Gilani disqualified to hold the post of prime minister and to function as a member of the Parliament.

Immediately thereafter, Gilani vacated his official residence and shifted to the Islamabad Club. The PPP has advised its cadres against holding any public demonstrations on this issue.

The Daily Times of Lahore (June 21) has quoted an unnamed leader of the PPP as saying as follows :"We will protest over this highly politicised and PPP-specific judgement, the way the democratic forces should protest yet will desist from taking it to a point of no return for the continuation of the current system and ensure a democratic transition."

Now that the PPP has decided to comply with the verdict, the question is whether the confrontation between the executive and the judiciary at the institutional level and between Zardari and the chief justice at the personal level will continue and, if so, in what form and with what consequences.

This personal confrontation had its roots in the lack of enthusiasm of Zardari for the re-appointment of Justice Chaudhry, who had been removed from office by General Pervez Musharraf, as the chief justice and the nullification of the National Reconciliation Ordinance of Musharraf, which enabled Zardari and Benazir to return from political life and resume their political activities, by the chief justice after re-assuming office.

The nullification of the NRO created the danger of Zardari's election being questioned by the court at some stage. It was the NRO that removed the disqualification against Zardari on the ground that he was facing a criminal investigation.

The chief justice avoided creating the impression of his being vindictive against Zardari because of the latter's dragging his feet over the question of his re-appointment. He kept the pressure on Gilani, who was really carrying out the wishes of Zardari, and avoided directly targeting Zardari by questioning the legality of his election once the NRO was set aside.

The chief justice has hit out against Gilani directly and Zardari indirectly by framing the verdict of the bench headed by him as based on constitutional principles and not caused by personal petulance. The constitutional principle that he has asserted is that in determining the constitutionality of the actions of the executive and the parliament, the interpretation of the judiciary will be final. This is a judicial position that nobody can question despite suspicions that exterior factors have influenced the judgement.

From the acceptance of the verdict by the Election Commission and the government without delay, it is apparent that Zardari and his advisers have decided to come to terms with the reality that in this case they are on a weak wicket. The government's options have been reduced and it cannot hope to prevail ultimately in any confrontation with the judiciary presided over by the present chief justice on the question of asking the Swiss government to re-open the investigation into the pending allegations against Zardari.

Will the court now ask the new prime minister to write to the Swiss government? If so, will he do so? If he too refuses to do so, the drama could be repeated -- with the danger of Zardari becoming the direct target on the ground that he was unable or unwilling to make his prime minister comply with the directive of the court.

However, there are other indicators which suggest that Zardari feels that the confrontation on this particular issue should not be allowed to reach a point of no return. Such a confrontation could be counter-productive. Among such indicators is the government's decision not to appeal against the judgement to a larger bench and to implement the verdict however unpalatable it might be.

The confrontation would most probably continue, but not necessarily on the issue of a letter to the Swiss government. The chief justice, who was till now occupying the moral high ground, has been placed on the defensive by serious allegations of his son Arsalan Iftikhar being the beneficiary of a financial relationship with a businessman of questionable credentials. Apparently realising that this case could be a minefield, the chief justice has sought to pre-empt any allegations of inaction by him by suggesting an inquiry into the allegations against his son by the National Accountability Bureau.

This investigation could provide Zardari and his advisers with an opportunity to keep up the campaign to have the chief justice discredited. The confrontation will continue in other forms and other arenas, but to describe the recent judgement disqualifying Gilani as a judicial coup would be overstating its significance and implications. 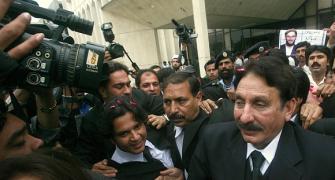 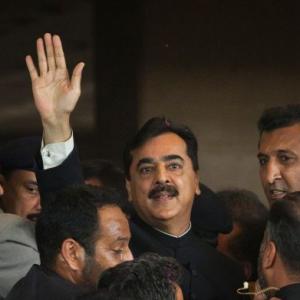