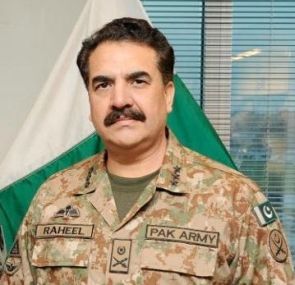 Pundits in Pakistan and also some western diplomats are predicting that the next army chief will be forced, partly by institutional pressure and partly by circumstances, to indulge in some tough talking with the civilian leadership. How the civil-military equation settles in this sort of a situation is something that will determine the future of Pakistani politics, and also Pakistan’s relations with rest of the world, says Sushant Sareen.

Out of all the names being tossed around as the possible replacement for General Ashfaq Kayani, it is the dark horse -- General Raheel Sharif -- who has finally been appointed as the Pakistan Army’s 15th chief.

Apparently, Gen Sharif’s name was on the panel of names forwarded by Kayani to Prime Minister Nawaz Sharif; but he was never the favourite. The grapevine was that Nawaz Sharif, who has had a run-in with all the army chiefs he has worked with in his previous two tenures as prime minister, would stick to the book and go by the seniority criteria, as he had declared on more than one occasion.

If indeed this was the course he had followed, then there were only two options: either he would appoint the two senior-most generals -- Haroon Aslam and Rashad Mehmood -- to the two positions that were available i.e. the ceremonial Chairman Joint Chiefs of Staff Committee and the substantive Chief of Army Staff; or else he would pick the naval chief for the post of CJCSC and appoint Aslam as COAS.

But the fact that Nawaz Sharif was taking his time in announcing the CJCSC, a position that has become vacant in early October, and was not disclosing the name of the next COAS led many to believe that he would once again break the chain of seniority and select an army chief he was comfortable with.

This meant that apart from seniority, he would also go by other criteria -- loyalty, background (both family as well as political ideology in terms of attitude towards army’s role in politics), affiliations or the lack of them with Nawaz Sharif’s detractors and enemies (for instance, closeness to the former dictator General Pervez Musharraf), and the persons thinking on issue like relations with the US and how to tackle the tide of terrorism, among other things.

While there were three front-runners -- Haroon Aslam, Rashad Mehmood and Raheel Sharif -- there was another name that was often mentioned as a possible chief -- Tariq Khan. The mess gossip was that Aslam, a jat, was a man with a mind of his own which would hardly be something that Nawaz Sharif would be comfortable with. The next in line was Rashad Mahmood. He was regarded as the favourite of the outgoing chief and almost an alter ego and mirror image of Kayani. This would have certainly spooked Nawaz Sharif.

The fourth was Tariq Khan who was seen as the favourite of the soldiery and very popular within the army. He was also reputed as a no-nonsense kind of general who would tow a hard-line on the Taliban (thereby not allowing the politicians to play footsie with the Islamists). Worse, he was seen as someone who has little patience for the shenanigans of politicians and was not the kind of guy who would keep quiet and let the drift in the affairs of state continue endlessly.

Finally, there was Raheel Sharif. He was regarded as a good officer, not exceptionally bright or professionally cutting edge, but reasonably competent. He has a good pedigree -- younger brother of the man awarded Pakistan’s highest gallantry award. But more importantly, he is a Kashmiri. The biradari factor would certainly count with Nawaz Sharif, who is himself a Kashmiri.

Much like the Kashmiri Pandit Diaspora in India, the Kashmiri Muslim Diaspora in Pakistan is very clannish -- a look at the composition of Nawaz Sharif’s cabinet, which has a high proportion of Kashmiris, proves this point. In fact, Raheel Sharif is the second Kashmiri army chief appointed by Nawaz Sharif, the first being the ill-fated Ziauddin Butt who was imprisoned within hours of his appointment which has triggered the coup that ousted Nawaz Sharif 2.0 and brought in Musharraf.

The remarkable thing about the selection of the new army chief is not so much the man who has been picked as it is the manner in which Nawaz Sharif and his close coterie managed to keep this choice so close to their chest that hardly anyone was able to guess who he would appoint. That this happened in a place like Pakistan, where nothing remains secret for very long and where rumours are generally ‘premature facts’, is quite creditable.

Practically all of the commentators who were wittingly or unwittingly lobbying for one or the other contenders will be eating crow today. For instance, there is a man by the name of Brian Cloughley who is regarded by many in Pakistan as a foreigner who is often used by the Pakistan army for hatchet jobs and writing nice things about them and projecting their views in the West.

The highly opinionated but equally ill-informed Cloughley wrote some weeks ago:  “Then there’s Lt-Gen Raheel Sharif, another competent and well-above-average officer -- but a close associate of Musharraf. I think, perhaps, forget him, because Nawaz is an unforgiving man.” Whether Cloughley was misleading or misled is hardly the point. The fact is that Nawaz Sharif made his decision and didn’t let anyone get a whiff of what he was going to do.

It is difficult to say what sort of a chief Raheel Sharif will be. Commissioned in the Frontier Force regiment in 1976, he is the first Pakistan army chief who hasn’t fought in a war against India. In terms of appointments, he has done all the necessary command and staff postings that would qualify him for the top job. As the commandant of the Pakistan Military Academy, he is credited with introducing training modules to prepare the cadets for the new type of war that the army is facing.

Until recently, asymmetric war was something that Pakistan unleashed on others; now however the show is on the other foot! Apart from commanding the Gujranwala Corps, and serving as GOC Lahore, Raheel Sharif last appointment before becoming chief was Inspector General Training and Evaluation. This was quite obviously a sidelining position, but as IGT&E he has had the opportunity for interacting closely with the Afghan Army and was their point man for providing training and designing training courses. It is another matter that these courses have not found many takers in the Afghan Army. He is also believed to have been involved in preparing and evaluating plans to counter the Indian Army’s ‘cold start’ doctrine.

On a personal level, there isn’t a great deal of information in the public domain about Raheel Sharif. According to Pakistani press reports, he has a soldierly swagger and is a bit of a showman. This is something that makes for good television as well as in regimental durbars, but is no substitute for taking tough decisions, and there are bound to be many new pressures and hard decisions that the next army chief will have to take.

Of course, now that he has been appointed, we can rest assured that the Pakistani press will be labelling him as a ‘tough, professional soldier’. Asides of the obvious question of how a ‘non-professional’ soldier can ever rise to be a general officer in a professional army, this is really short-hand for saying that he is not involved in politics.

But this is something that has also been said of other generals, including a certain Musharraf, who later usurped power by overthrowing civilian governments. The simple reality of life in Pakistan is that no army chief in Pakistan can ever completely divorce himself from politics. Even if he is totally apolitical, he will eventually be dragged into the political quagmire.

With Pakistan likely to face some decisions in the not too distant a future -- how to handle drones and relations with the US, what to do about the Pakistani Taliban and whether to negotiate with them and how much space to cede to them, how to deal with India, the policy on Afghanistan post 2014, how to handle the civil-military relations -- it is a long list of existential questions that the next army chief cannot just close his eyes to and let the civilian government call all the shots.

Pundits in Pakistan and also some western diplomats are predicting that the next army chief will be forced, partly by institutional pressure and partly by circumstances, to indulge in some tough talking with the civilian leadership. How the civil-military equation settles in this sort of a situation is something that will determine the future of Pakistani politics, and also Pakistan’s relations with rest of the world. 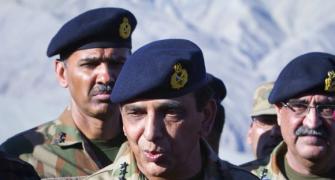 MUST READ: Will the Pakistani army begin to CRACK? 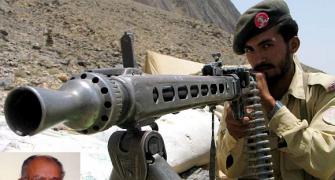 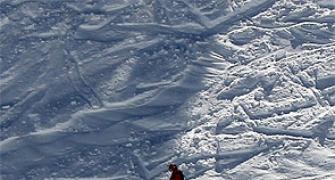 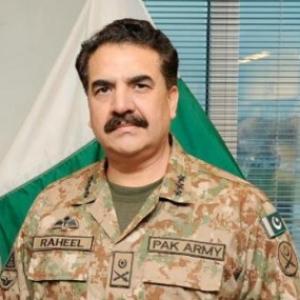 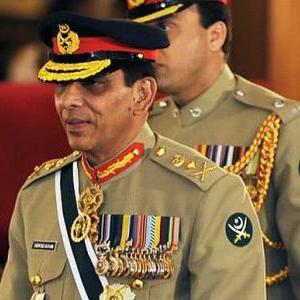