News
Business
Movies
Sports
Cricket
Get Ahead
Money Tips
Shopping
Sign in  |  Create a Rediffmail account
Rediff.com  » News » No, Christians are not persecuted in India

'India has always been a land of acceptance of diversity. But if the evangelical activities continue unabated, there is no doubt this will cause a backlash.' 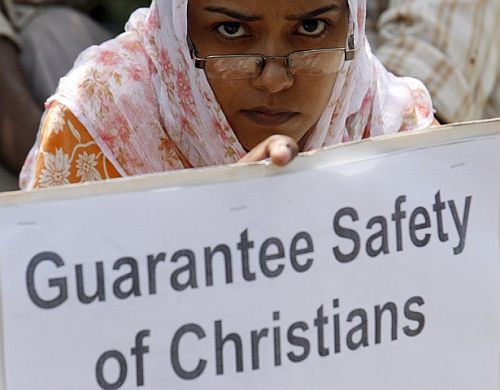 A highly respected retired police officer, Julio Ribeiro, recently wrote a column saying that as an Indian Christian he felt like he was on a hit list. I respect Ribeiro's feelings, even though, as analysis has shown (external link), these are not based on reality (external link).

There is little evidence of Christians in India being on any kind of hit list.

There is a hit list, but thankfully not with Ribeiro's name on it. Unfortunately, I am on it, as are all non-Christian communities in India and throughout the world. This hit list is very systematically organised and is backed by vast monetary and state resources. Consider this description:

Did you know that the Sonar people of Maharashtra, India, are the primary crafters of gold and silver Hindu idols? These idols are the most powerful stronghold that Satan has upon the Hindu worshipers in India and around the world. When the Sonar people embrace the gospel of Jesus Christ, the subsequent change in their livelihood could have a huge ripple effect in the world of Hinduism. As one international Christian worker said, "When we reach the Sonar with the gospel, we will see the collapse of Hinduism." Pray that the gospel would flow through and permeate the Sonar culture like molten silver fills a mold.'

The aim is spelled out. It is the 'collapse of Hinduism', and every single Hindu is a target. This quote is not from some fringe group, but from the official pages of the International Mission Board, the evangelism arm of the Southern Baptist Convention.

The Southern Baptist Convention was formed in the United States in 1845 mainly to create mission boards. It boasts of over 16 million members and runs 48 Baptist colleges and universities. It counts several past United States presidents among its members and its revenues from member contributions top $9 billion annually.

Then US president George W Bush addressed each of the convention's last four annual meetings. But this is not just a Republican issue. Democrats like Jimmy Carter and Bill Clinton are Baptists too.

As you can see from that link, India is densely red.

Just wishful thinking? Hardly. This is fully operationalised, with vast resources behind it. Global Christianity is a $250 billion+ annual revenue machine with a large number of State and non-State actors. The funding for global evangelism's hit list is nearly $50 billion annually. That is quite a supari.

You can helpfully filter as you wish. Yes, they now have 2,412 Hindu groups (up from 1,596 in the database a decade ago) on the hit list but their goals are not confined to 'Satanic Hindoos' alone. Do look it up. When I did a few years ago, I found this:

'The tribal religionists are, of course, the easiest targets, many of them having already been "reached" -- a remaining sample include the Mongpa, all of 850 people, following Tibetan Himalayan customs. The Sikhs are another major target -- further divided into 58 groups, from the 11,581,200 Jat Sikhs to the 880 Assamese Sikhs. Among the 1,596 Hindu target groups -- the 3.4 million Aroras, the 53.5 million Yadavs, the 6.9 million Nairs, the Sonar community of nearly 6.5 million people to the barely 14,000 Kashmiri Hindu Zargars.'

To each of these thousands of target groups gets assigned church planting teams, missionaries, resources, funds, media support, Bibles in their language and dubbed versions of the 'Jesus' film (with children's versions), now available in a staggering 877 languages. No other global corporate multinational could come close to a marketing campaign of this breadth.

Every native culture is on their target list, all must be brought to Christ. Why?

'It is a vision that will be fulfilled, for Jesus said in Matthew 24:14, "The gospel of the kingdom will be preached in the whole world as a witness to every nation and then the end will come."

The goal is to bring about no less than the End of the World and Judgement Day when apparently Christians would bodily ascend to heaven and all other would be 'Left Behind' for the torment of hell.

You may not know this, but in the US there was an entire bestselling book series called Left Behind (external link) that described the rapture of heaven for the god-believing Christians and the torment of hell for incorrigible heathens like me who would be left behind.

That is quite a hit list. And the most fundamentalist of Christians -- those that believe all other religions are Satanic -- are the ones most active in the evangelism project.

The assault of evangelical Christianity is the spread of this exclusive right-wing Christian belief. But this is no fringe effort.

Here is the description from Tehelka (external link), no 'Hindutva' magazine, that was able to find the same data I did.

'Religious expansionism has not witnessed this scale, scope, and state resources in a long time. Detailed investigations by Tehelka reveal that American evangelical agencies have established in India an enormous, well-coordinated and strategised religious conversion plan. At the heart of this complex and sophisticated operation is a simple strategy -- convert locals and then give them the know-how and money to plant their own churches and multiply.'

'A large-scale intelligence operation that brought together American strategists, theologians, missionary specialists, demographers, technologists, sociologists, anthropologists and researchers to create the most comprehensive people group profiles in the 10/40 window... The 10/40 window, denoting the latitudes on the globe considered the prime target for conversion, has India squarely in its sights.'

Now I don't know about Ribeiro, but I was brought up to value the diversity of religions and cultures on the planet. As I child I would happily go to a Sikh gurdwara and a Hindu temple with equal reverence. Christmas would be celebrated with our Christian friends, often with a visit to the local church.

In the world according to my simple heathen eyes, all this was wonderful. After all, everyone had their own way, and it added to the richness of the planet.

And why can't we be Hindu and Christian and Buddhist all at once?

Since I discovered I was on a hit list about 10 years ago I have been researching evangelical Christian missions. The findings are not great. For this type of Christianity attacks something that has been core to the Indian ethos, the reason for the relative peace and acceptance between different religious communities in India. A missionary site stated the problem quite clearly:

'Anyone who is familiar with India knows that India has always been a challenge to the Gospel. Hinduism that teaches, "Just as all rivers lead to the ocean, all religions lead to God", dominates the thinking of the masses. Many Hindus revere Jesus as another god. Yet their eyes are blinded to the uniqueness of Christ.'

No, Christians are not being persecuted in India. India has always been a land of acceptance of diversity. But if the evangelical activities continue unabated, there is no doubt this will cause a backlash.

This exclusive dogma is alien to all of us. Like a foreign body intrusion, it will evoke a response. It will lead to competitive madness.

There is a way to reel this back, but to do so we must cease the distinction between Hindu, Muslim, Christian. Rather we should distinguish between all those that are committed to Indian pluralism and reject all those that preach exclusive dogmas.

This kind of money can buy a lot of media support. The facts of this evangelical war upon India has largely been kept out of mainstream discourse in India, even when they have been readily available in the public domain for years.

Now is the time for Indian society to truly say no to this conversion war (external link).

Let us challenge this hit list together, Mr Ribeiro. 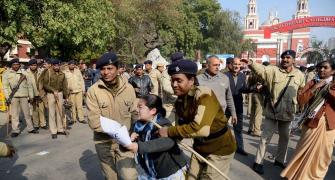 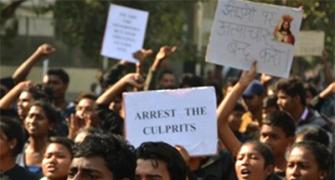 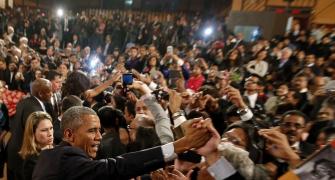 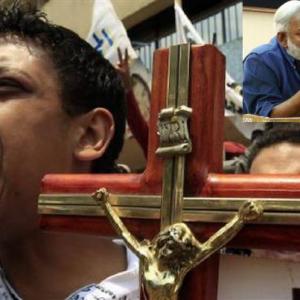 'There is nothing illegal in evangelisation' 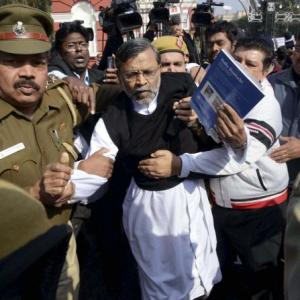