'The Mansoor Taliban is really an extension of the Haqqani Network which in turn is an instrument of the ISI.'

'With Ashraf Ghani ready to dance to Pakistani tunes and with the Haqqani Network becoming part of the Afghan government, Pakistan is all set to see the fruition of its strategic policy,' says Sushant Sareen. 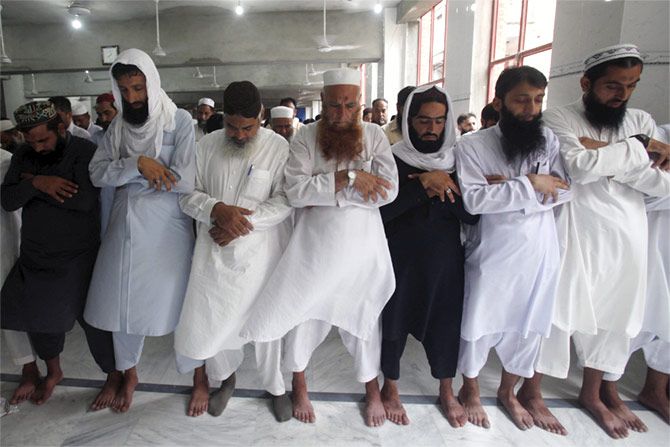 The resistance by powerful Afghan Taliban leaders and field commanders to Mullah Akhtar Mansoor's nomination as Mullah Mohammad Omar's successor and his elevation as the new emir of the Taliban movement has, for now at least, spoiled the elaborate end-game that the Pakistanis had planned in Afghanistan.

The talks between the Afghan Taliban and the Afghan government have been put on hold and there is no clarity if they will re-start anytime soon, if at all. And even if they do re-start, there are doubts whether these talks will be able to deliver anything close to peace.

One big reason for that is that a large section of the Afghan Taliban don't trust the Pakistanis who have been trying to broker or, if you will, 'facilitate' the talks between the Taliban and the Afghan government. They fear that the Pakistanis will leave them out in the cold. This, despite the fact that Pakistan has given support and sanctuary to the Taliban in their fight against the American-led foreign forces which were backing the Afghan government since November 2001.

What the Taliban really think of the Pakistanis was summed up by Mullah Abdul Salam Zaeef, the last Taliban ambassador in Islamabad who was unceremoniously and against all diplomatic norms arrested and handed over to the Americans after 9/11.

In his autobiography, Mullah Zaeef writes: 'Pakistan is so famous for treachery that it is said they can get milk from a bull. They have two tongues in one mouth, and two faces on one head so they can speak everyone's language; they use everybody, deceive everybody. They deceive the Arabs under the guise of Islamic nuclear power, saying they are defending Islam and Islamic countries. They milk America and Europe in the alliance against terrorism, and they have been deceiving Pakistani and other Muslims around the world in the name of the Kashmir jihad. But behind the curtains they have been betraying everyone.'

Until the announcement that Mullah Omar had died over two years ago in 2013 -- it is not even clear if he was alive till then because for many years now there was no real proof of life about him -- it seemed that the Pakistani-owned, Pakistani-led peace process which donned an Afghan mask was going according to plan.

Come to think of it, Mullah Omar had to die and be replaced by a pliable Pakistani lackey for the Pakistani end-game plan to succeed, and Mullah Akhtar Mansoor is just that person.

If the revelation of Mullah Omar's death -- a closely guarded secret for at least two years now -- had not been made at this rather inopportune (not just for the successor, but also his masters at the ISI HQ) time, it would have been made after a couple of months when the deal that the Pakistanis were brokering had been stitched together.

The bottom-line is Mullah Omar had lost his relevance for Pakistan. Given Mullah Omar's stature and position, not just among the Afghan Taliban but also in the larger jihadist pantheon, there was practically no possibility of any compromise formula, much less any peace deal, as long as he was alive.

After all, how could an Emir-ul-Momineen agree to an elected (and one uses the word advisedly, given the manner in which Ashraf Ghani was 'elected') president and head of State.

What is more, even if Mullah Omar had been alive and had rooted in favour of a negotiated settlement -- the grapevine is that he remained implacably opposed to talks with the Afghan government -- chances are that his more radical and hardline followers would have repudiated him and rebelled against him.

Ironically enough, if, as is being suspected and even alleged, that Mullah Omar was bumped off by Mansoor and the rest of his Pakistani-inspired and Pakistani controlled coterie, then it seems that the Emir-ul-Momineen had outlived his usefulness for both the hardliners as well as those who were ready to a negotiated deal.

The premature release of the news of Mullah Omar's death is clearly part of the power struggle in the Taliban and the growing disquiet among the fighters over the so-called peace process.

Assuming that Omar died in 2013, the fact that those opposed to peace talks did not insist on proof of life for all this time was because there was really no change on the ground in terms of strategy.

The Pakistani policy during this period was two-pronged: Keep speaking in favour of an 'Afghan-led, Afghan-owned' peace process and at the same time keep encouraging the Taliban fighters to continue, and even intensify, their attacks inside Afghanistan. This suited the hardliners, more so because the various track-II dialogues around the world -- in some of them the so-called Taliban representatives with Pakistani Afghan agents -- didn't seem to be going anywhere anyway. 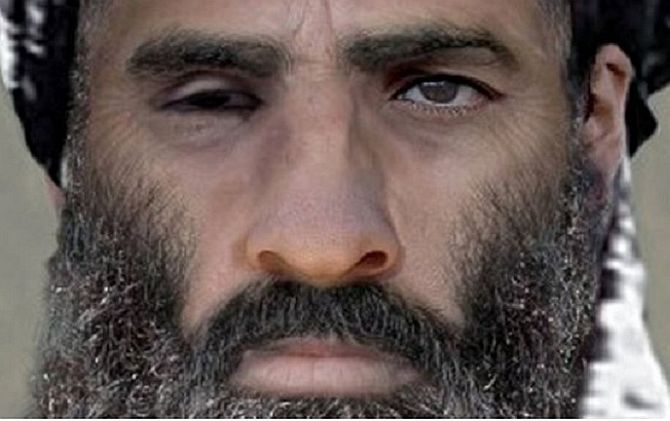 In other words, keeping Mullah Omar 'alive.' as it were, suited the hardliners and also those who were ready to toe the Pakistani line and explore the possibility of a negotiated settlement.

But the Murree talks, followed by the so-called Eid message which, as it now turns out, was issued by Mullah Omar from his grave, set alarm bells ringing. The first indication of something not being right came some months back when a Pakistani Taliban group denounced the Afghan Taliban as Pakistani agents and broke their ties with them.

The beeline that some Taliban groups made for joining the Islamic State also suggested that all was not well. The impression got strengthened when the Taliban, out of the blue, issued a bio-data of Mullah Omar in April.

After the Murree talks, a breakaway Taliban group, Fidayee Mahaz, first revealed that Mullah Omar had been killed by Mansoor and his sidekicks.

Intimations of Mullah Omar's death had been doing the rounds for some time. Questions had been raised even last year over whether he was even alive. But these were invariably brushed under the proverbial carpet. This time, however, many Taliban leaders demanded proof of life especially since they smelled a rat after Mullah Omar supposedly endorsed the Murree peace talks.

In a sense, the Pakistani hand was forced by its own double-game of reaching out to the new Afghan government even as it gave a free hand to the Taliban to ratchet up the pressure through attacks inside Afghanistan.

The growing resentment inside Afghanistan over the attacks put pressure on Ashraf Ghani to demand that Pakistan keep its side of the bargain, which was to 'facilitate' direct talks between the Taliban and the Afghan government. The Pakistanis organised the Murree talks, but soon doubts were raised whether these had the nod of the Taliban leadership.

Unfortunately for Pakistan, the message seemed as though it was drafted in Aabpara (the ISI HQ) -- its basic message had a striking resemblance to the speech made by Musharraf justifying his U-turn after 9/11.

The hardliners were spooked by the message and their distrust of Pakistan and their fear that Pakistan will once again double-deal and leave them in the cold appeared to come true.

The Pakistanis themselves had declared in official statements that the peace talks would isolate the hotheads among the Taliban, who could then be dealt with separately. Reports that Pakistan was ready to act as a guarantor for the Afghan government giving the Taliban a share in the power in Kabul only confirmed the apprehensions that Pakistan was all set to leave the recalcitrant fighters out in the cold.

While on paper isolating the militants sounded like a good strategy, the problem was that unless the people fighting on the ground were brought in, peace in Afghanistan would remain illusory. The Pakistanis figured that they would be able to rein in the Taliban holdouts using the firepower of the 'veritable arm of the ISI, the Haqqani Network which had been kept in reserve to tilt the battlefield Pakistan's way.

No surprise then that as soon as Mansoor was declared Emir, he appointed the Haqqani Network's de facto chief, Sirajuddin Haqqani, as his deputy and head of the military council.

In a sense, then, the Mansoor Taliban is really an extension of the Haqqani Network (which is going to be the power behind the throne) which in turn is an instrument of the ISI. And if all goes well, with Ashraf Ghani ready to dance to Pakistani tunes and with the Haqqani Network becoming part of the Afghan government, Pakistan is all set to see the fruition of its strategic policy.

The leaking out of Mullah Omar's death has, however, put a spanner in the works of the 'Pakistan-owned, Pakistan-led' peace process. The whole situation is now in a flux. There are broadly four possible outcomes:

By all accounts then, a dead Mullah Omar is just as bad news as a living Mullah Omar and the future of Afghanistan is very delicately poised.

The biggest problem, and the biggest mistake, is that there is never an end-game in Afghanistan. Whenever countries and players prepare for an endgame, they only end up planting the seeds of a new Great Game.

Post-Mullah Omar, the old end-game is all but over and the new Great Game is starting to unfold. 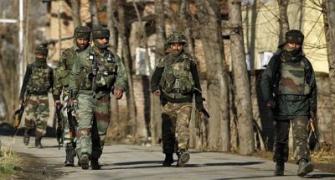 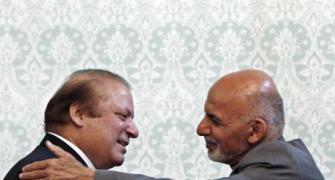 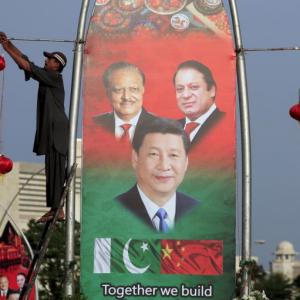