'In Chhattisgarh, MP and Rajasthan, he is far more popular than the defeated chief ministers,' notes Karan Thapar. What do the election results in Chhattisgarh, Madhya Pradesh and Rajasthan tell us about the possible outcome in the same states in next year's national elections?

And how much confidence can the Congress draw from these pointers?

There are two ways of analysing how the recent state elections could affect next year's national election. The first is to project the state outcome in terms of assembly constituencies on to the Lok Sabha constituency picture.

NDTV has done this. It concludes that the Bharatiya Janata Party will lose 10 seats in Chhattisgarh, 17 in Rajasthan and 17 in Madhya Pradesh. Most, if not all, will be Congress gains.

Incidentally, in 2014, the BJP won 62 out of 65 Lok Sabha seats in these states. So the state election results point towards a very sharp drop.

The other way of analysing how the election results could influence the Lok Sabha outcome is to look at the historical trend that is, the 2003-2004 elections, the 2008-2009 elections and the 2013-2014 elections. There's a clear and striking similarity in the picture that emerges.

First, the vote percentage of the party that won at the state level in 2003, 2008 and 2013 sharply increased at the Lok Sabha level the following year.

So, clearly, in each of these three states, the momentum gained by a state level winner sizeably increased its prospects at the national level.

As a result, the party that won at the state level in 2003, 2008 and 2013 went on to win the preponderant majority of Lok Sabha seats the next year.

The only exception was Madhya Pradesh in 2008-2009, where the Congress's Lok Sabha tally was just four seats below that of the BJP.

This historical analysis suggests the Congress could gain up to 10 seats in Chhattisgarh (out of 11), perhaps 20 in Rajasthan (out of 25) and possibly as many as 24 or 25 (out of 29) in Madhya Pradesh. If that happens, it would be a gain of 55.

Of course, Lok Sabha elections are very different to state assembly elections and just because a historical trend has manifested itself three times previously doesn't mean it will recur a fourth consecutive time.

Perhaps the greatest challenge the Congress faces at the Lok Sabha level is Mr Modi's personal popularity. In each of these states, he is far more popular than the defeated chief ministers.

A tracking poll done in September shows that in Rajasthan 35 per cent wanted Vasundhara Raje to continue as chief minister whilst 57 want Narendra Damodardas Modi given a second opportunity as prime minister.

In Madhya Pradesh, the chief minister's popularity came in at 46 per cent, Mr Modi's at 56.

In Chhattisgarh, Raman Singh scored 41 per cent whilst the prime minister touched 59.

Clearly the gap between Mr Modi's popularity and that of the three defeated chief ministers is both large and significant. At its minimum it's 10 per cent, at its maximum 22.

This clearly suggests that the prime minister's image and performance will help the BJP at the Lok Sabha level and far more than it did at the assembly level.

So how much confidence can the Congress derive from the recent outcome in Chhattisgarh, Madhya Pradesh and Rajasthan? In a nutshell, it depends significantly on how Mr Modi campaigns in next year's national elections.

With 25 other states demanding his time, he will have to spread himself far more thinly than in a state election.

However, the outcome in the three state elections could also suggest a sharper fight between the Congress and BJP in other states where it is a virtual bipolar contest -- that is, Himachal Pradesh, Uttarakhand, Gujarat, Karnataka, Assam and, possibly, Goa.

A revived Congress with increasing self-confidence will not only put up a stronger fight but also win more seats.

Clearly, therefore, the loss in Chhattisgarh, Madhya Pradesh and Rajasthan could lead to considerable problems for the BJP in next year's national elections. 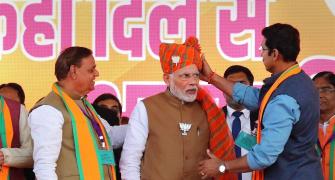 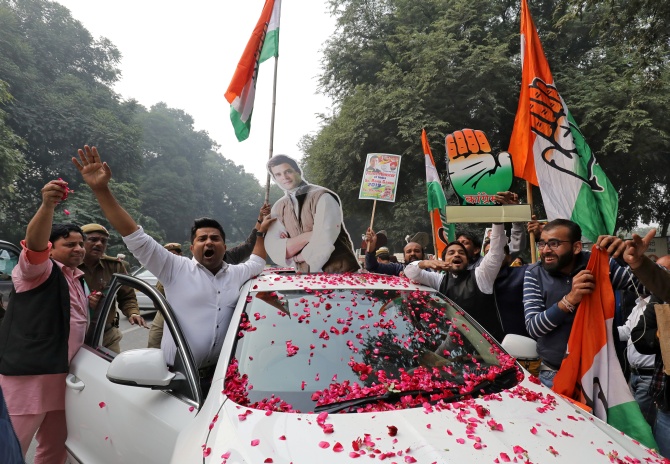 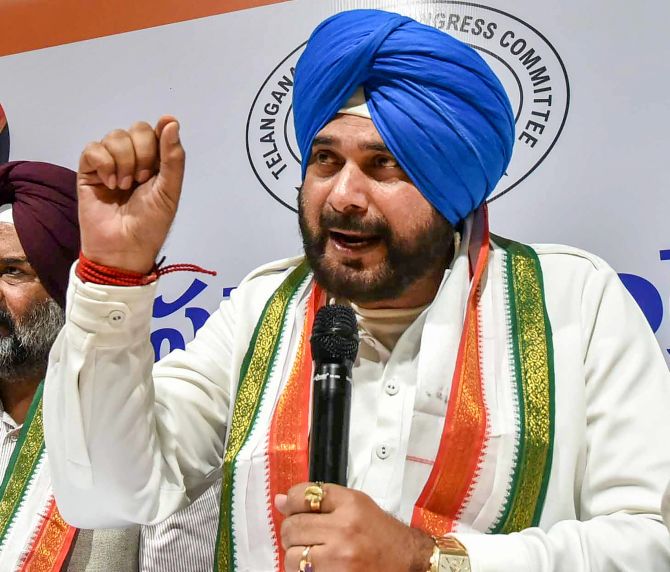