'Difficult issues should not be brushed under the carpet, but should be raised upfront, particularly by India. While engagement and dialogue are always welcome and desirable, there should be some tangible results.'

Prime Minister Narendra Modi's three-day visit to China is fraught with some speculation. There is, however, no unrealistic expectation of the outcome.

His approach reflects the paradigm shift in the world politics characterised by the shift of the geopolitics of the Atlantic to the Asia-Pacific and the imperative of mutual economic interdependence. Unlike the Cold War period, it is now the economy in command, not politics.

Modi knows well that China is India's largest neighbour and engagement with a neighbour is not an option, but an imperative necessity. This is more so when China has emerged as the world's second-largest economy, sitting on the treasure-trove that is its 10 trillion dollar-worth economy.

True, there is a persistent security dilemma and a degree of strategic trust deficit. It is precisely for the same reason that the two countries must engage and try to understand each other better, and avoid misperception and miscalculation. All countries do the same. The US and China do the same as much as China and Japan, or for that matter, China and Vietnam, which share adversarial relations with each other.

What is important is that the difficult issues should not be brushed under the carpet, but should be raised upfront, particularly by India. While engagement and dialogue are always welcome and desirable, there should be some tangible results. Mere signing of agreements, MoUs, joint declarations are not enough.

In a democratic country like India with a pulsating Parliament and a vibrant media, it is but natural for people to expect results. Repackaging and recycling of earlier agreements will not help improve the relations between the two countries. Words should match the corresponding actions. It is unfortunate that China often complains of the hostile Indian media, being fully conscious that India is a boisterous democracy having a very active media.

On the contrary, it is a known fact that the media in China is State or party controlled. It is unfortunate that on the eve of Modi's visit, the Global Times published a critical article on Sino-Indian relations. Beijing knows well that the contents of the article would be extensively covered in the Indian media, which will have the potential to harden people's attitude towards China. This doesn't augur well for Modi's visit.

While Sino-Indian relations have always been sensitive, bilateral relations between the two countries is going to be more delicate in the coming days. Beijing knows well that there is a very strong and purposive leadership in India now, which is resolved to take India to a great position of power. True, there is a huge gap in the national economy of the two countries and also, in terms of comprehensive national power, there is a great chasm.

But wise and intelligent as they are, the Chinese know very well that if they could overtake Japan and emerge as the world's second largest economy, there is no guarantee that India won't be able to bridge the gap, more so at a time when the International Monetary Fund has already acknowledged India as the world's fastest-growing economy.

India's demographic profile and democracy put India in an advantageous position. The idea that India can achieve fast economic development through democratic means can discount the claims of a totalitarian regime. Competition is latent, much like sibling rivalry, but both countries have to come to terms with each other.

China must address India's persistent security dilemma; convince New Delhi that its engagement with Pakistan, particularly infrastructural development in Pakistan occupied Kashmir, does not pose a security threat to India. China's foray into the Indian Ocean and its increasing footprints in South Asia are also a matter of concern for India.

Although Beijing has denied New Delhi's anxieties and apprehensions, India is not convinced about the Chinese position. China's assertive behaviour in the South China Sea, where India is engaged in hydro-carbon exploration, is also a matter of concern. Freedom of navigation is also critical to India's maritime trade.

Besides strategic and security issues, Beijing must also address India's persistent demand to correct the trade imbalance, which is ballooning and has become unsustainable. Sino-Indian trade is no more restricted to the buyer-seller paradigm. Chinese companies like Alibaba are now showing an interest in investing in India in e-commerce and in India's ever-expanding cell phone market. While such investments are welcome, the devil lies in the details.

The relationship between the two countries considering their size, magnitude, stature, complexities and aspirations of the people and their leaders, cannot be an all-weather relationship. It will have the rain and the sun, and may be a little turbulence some times. But equilibrium has to be maintained.

The two countries have overcome the measles of middle-age, and should display wisdom and maturity for a mutually beneficial relationship and work hard to identify their complementarities of interest. 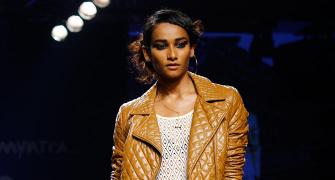 Are your clothes making you sick?
5 places Modi must visit in China 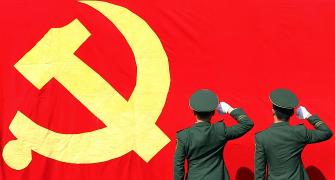 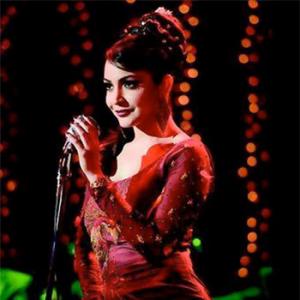