'Significantly, Foreign Secretary Gokhale was received at very high level in Beijing.'
'It only shows China's keenness to move forward and put the relationship on a 'win-win' footing,' says Ambassador M K Bhadrakumar. 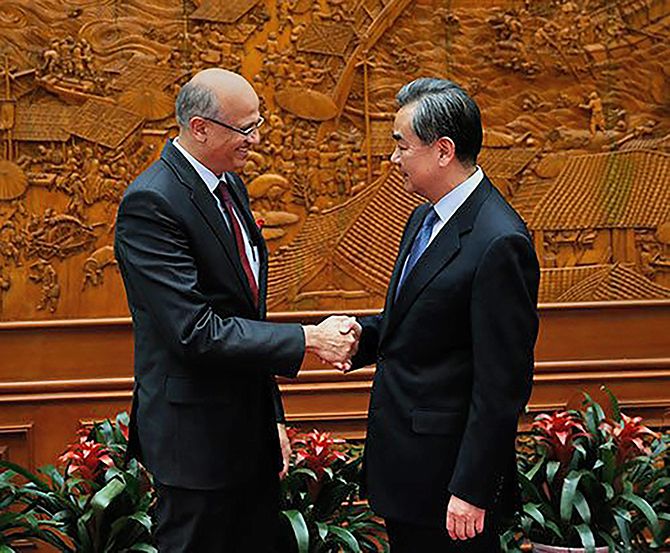 Foreign Secretary Vijay Gokhale has hit the road running, as it were.

There isn't going to be a time lag following his predecessor's permanent retirement from South Block before the much-needed abandonment of the China policies over the past three years got underway.

Those policies were characterised by a muscularity without precedent or a sense of ground realities that brought the two countries almost to the brink of war.

In retrospect, they proved fanciful, sterile and even counter-productive -- except, perhaps, to create a raison d’etre for the India-US defining partnership in the era of 'America First'

Clearly, the wasteland in India-China relations cannot be made fertile and productive overnight. There has been much distortion in national priorities.

Nonetheless, the fact that the new foreign secretary undertook a special mission to Beijing within 25 days of taking over charge in South Block underscores a political decision to begin the effort to clear the deck without delay.

There isn't much time left to create the ambience for a productive, forward-looking, meeting between Prime Minister Narendra D Modi and Chinese President Xi Jinping in June on the sidelines of the Shanghai Cooperation Organisation summit in Qingdao, China (which, by the way, also happens to be the first time India will be taking its place at the high table of SCO members).

Quite obviously, the Indian leadership counts on the high credibility that Gokhale enjoys in Beijing both as an ace 'China hand' and an Indian interlocutor with whom a meaningful conversation becomes possible even in troubled times.

The schedule of bilateral engagements in the coming months has been discussed. Will there be a visit by Chinese Premier Li Keqiang to India? Apart from being the second-ranking member of the politburo standing committee of the Communist party of China, Premier Li is one of the leading figures behind China's economic policy.

And any paradigm shift in the India-China relationship is best achieved through the infusion of greater economic cooperation between the two countries, which would create a 'win-win' spirit replacing the recent years' acrimony.

The press release noted the renewed interest on both sides 'to build on the convergences.'

What gives added enchantment to the view is that New Delhi has also received an important visitor from China over the weekend -- Asian Infrastructure Investment Bank President Jin Liqun.

The Modi government is paying high attention to Jin's visit, fully aware that he is an important politician and banker with longstanding experience with international financial institutions (World Bank and Asian Development Bank, in particular).

In a major speech on the BRI by President Xi at the Boao Forum for Asia annual conference in early 2015, he had singled out that the AIIB was expected to 'work as an active promoter of economic globalisation and regional integration.'

Xi added that the Silk Road Fund and the AIIB would foster 'economic connectivity and a new-type of industrialisation (in the Asia Pacific area), and (thus) promote the common development of all countries as well as the peoples' joint enjoyment of development fruits.'

The government is organising a high-profile public event for Jin in New Delhi on Tuesday, February 27, to interact with the movers and shakers of India's economic policies and a cross-section of Indian industry and business on 'New Financing Paradigms for Sustainable Infrastructure' with relevance to the Indian situation.

At the event, the government will be represented by three members of Modi's Cabinet -- Finance Minister Arun Jaitley, Minister for Road Transport and Highways and Shipping Nitin Gadkari and Minister of State for Housing and Urban Affairs Hardeep Singh Puri, apart from top officials in the economic policy establishment in South and North Block.

To my mind, the event is timely and hugely significant. Hopefully, the government musters the political courage to make the leap of faith as regards the BRI.

The point is the AIIB is working in close concert with the World Bank and the ADB and are undertaking co-funding of projects regionally.

The Chinese statements have been repeatedly emphasising that Beijing welcomes third-party funding/participation in the BRI projects.

Therefore, call China's BRI projects by any name you may like, but the bottom line is that thr economic activity they can generate in India will be a game changer for the country's development; their spin-off by way of job creation can be potentially transformative.

The overall implications for India's political economy are at once obvious. Succinctly put, China is uniquely placed to accelerate India's development. The diplomatic and political challenge lies in exploiting the historic opportunity.

Significantly, Gokhale was received at very high level in Beijing. It only shows China's keenness to move forward and put the relationship on a 'win-win' footing. 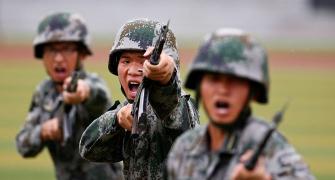 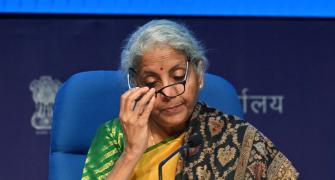 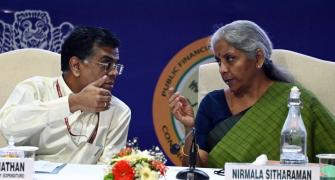 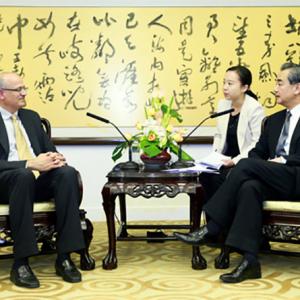