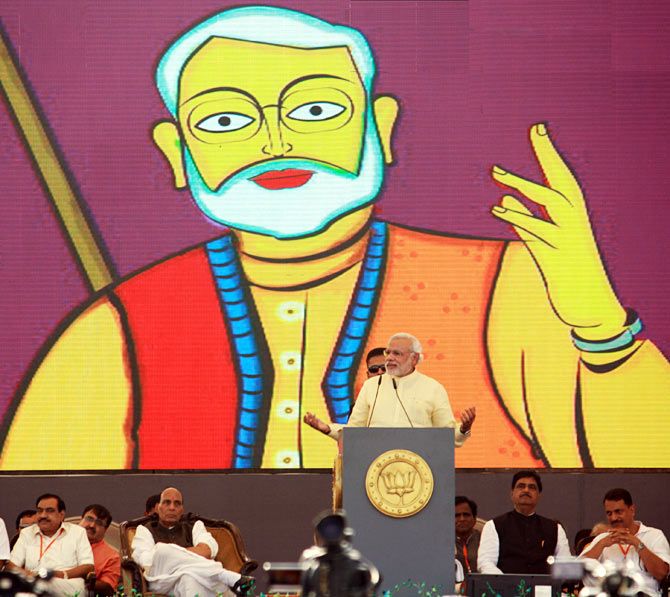 'Modi's more than dozen interviews are helping him fine-tune the rough edges of his campaign. He is trying to influence floating voters, undecided voters, non-committal and caste-neutral voters into deciding whether to go for the Lotus or not.'

'These could have been Congress voters, but its divided house, torn between the old guard and Rahul Gandhi, seems to have got completely confused.'

Rediff.com's Sheela Bhatt lists what the Congress did wrong to find itself in such a sorry mess today.

There is a simple answer to this question.

At the risk of repetition, a few things must be said about the Congress party.

It is necessary to do so when Narendra Modi presents through his many interviews a 'firm' but 'Constitution-bound' picture of himself.

The Congress party blames the media for not covering the party enough and also for getting carried away by 'Modi's marketing'.

The Congress chronology is all wrong. The media picked up Modi only after the United Progressive Alliance's failure.

In the UPA's second term, Congress President Sonia Gandhi should have given Prime Minister Singh more breathing space to take big decisions on the economy, liberalisation, governance, on Pakistan and bilateral border trade.

Dr Singh should have presented a coherent economic policy to attract India's 570 million young people under the age of 30. Dr Singh knows how to boost business in bazaars and malls and in the educational and health sectors. But he didn't give the perception that he was on the job.

Remember how Modi offered to build hundreds of thousands of homes during his 2012 assembly campaign in Gujarat? That programme has failed. Few homes were built and people are reluctant to move into these dwellings because of their inferior quality. But nobody talks about it because the perception that Modi is a 'doer' sells.

Many people speculate what will happen if Modi becomes the prime minister. One can say with certainty that the information and broadcasting ministry and the director of the Press Information Bureau, who sell the government's achievements to the people, will be the most important portfolios under him.

Sonia Gandhi should have intervened in the war between Pranab Mukherjee and P Chidambaram. She should have settled it by giving Mukherjee more powers because his experience made his a deserving case.

Also, it would have corrected the historical perception of injustice done to Mukherjee by Sonia Gandhi when she chose Dr Singh as prime minister over Mukherjee, who was his boss in the early 1980s.

The political Mukherjee would have imparted the wisdom needed to counter the Modi juggernaut, if not defeat him.

Another blunder Rahul Gandhi made was to not join the government. If he thinks that he has ideas, he should have started somewhere.

In terms of political leadership, Modi has no competition. He has traveled more than 200,000 miles, staking his claim for the prime minister's post, all alone.

Instead of going after then comptroller and auditor general Vinod Rai, the Congress and the Prime Minister's Office should have been on its toes to counter what he said about the 2G spectrum allocation. When a whirlwind was forming, Congress leaders sat idle because of their arrogant mindset.

People have bought the perception that the 'UPA is corrupt' because there was no credible face saying otherwise. By presenting a convincing picture of what exactly happened in the 2G business, the Congress could have helped itself.

Its ministers smirked instead. Remember Kapil Sibal and his zero loss statement? The 2G scam figures stuck in the minds of voters because the Congress party was lazy and complacent.

The Congress obviously under-estimated Modi. By alleging that Modi was a communal face Congress leaders felt he would be rejected by secular India; a half-baked thought. Modi went rural and Congress leaders remained trapped in their cosy power trappings.

India is not Gujarat, Congress leaders would argue. But India need not become Gujarat to appreciate Modi's sales pitch of a development agenda.

On Tuesday I visited a village in Uttar Pradesh to find out what the villagers thought about Modi.

We drove some 35 km from Lucknow and took the car off the highway. The village was Tendua Hiran Kuddi, its official name is different.

The sarpanch is a Congressman, but his brother R K Singh said, "Since the last three days we have no power. Modi ko laana padega (we have to bring Modi). Let him come and fix our power problem."

If Dr Singh's Cabinet had traveled to the villages they would have known where their assessment of Modi was going wrong. The support for Modi is also because of the sub-human suffering India's poor are compelled to endure. I met Prachi, Ruchi Singh, Kamla Kashyap and her sister. All smart teenagers. All of them are commerce students. Their exercise books written in Hindi were neat and clean. They go to college in nearby towns or in Lucknow (35 km away) just twice a week. Why? They can't afford the bus fare to attend college every day.

"Modi ka hawa hai (there is a Modi wave)," Kamla said. Prachi felt Modi has caught the attention in their college, but she will vote for the Congress's Annu Tandon (her village is in Unnao, Tandon's constituency) because her uncle is part of the MP's team.

Since Tandon is considered close to Mukesh Ambani, many people feel she will spend money for poor people's weddings, Prachi's father said.

Except Prachi's family, the entire village is shifting its support from the Samajwadi Party and Bahujan Samaj Party to the BJP, R K Singh said. Only because of the hopeless power situation, he added.

Just as the Congress perfected its response to all arguments against the dynasty, similarly Modi and his clan have perfected the hypocrisy of taking the development agenda to people with Hindutva in their hearts.

Supporting a dynasty is the highest level of hypocrisy in a democracy. Likewise, to say that Hindutva and development are not contradictory is a jugglery of words.

Modi, in interview after interview, says, 'I will work under the Constitution.' This is the safest pitch any Hindutva leader can forward to duck the sharp quizzing in the middle of the election. Modi has perfected the art of answering difficult questions without getting trapped where he can give headlines to 'news traders'. Even to differentiate between 'news traders' and the 'media' is a Modi ploy to criticise the media.

Nothing is going right for the Congress, also because the party does not show off enough confidence, which is a paramount need in an election campaign, which is actually all about the 'performance' enacted before voters by leaders.

A senior BJP leader told me in an off-guard moment, in an off the record conversation, "It's not the question of whose arguments are right or wrong, who is ethical and who is lying. It's all about the people's readiness to buy our lies against their lies. Ab hamara maal bik raha hain (Our goods are selling now). That is called success in an election campaign.

The fundamental political belief on which the Congress edifice stands is not in question. The biggest evidence to justify this argument is how Modi presents a mild picture of himself in interviews. Modi is exploiting the spread out 10-phase election to the fullest.

The Modi of the 2014 Lok Sabha election and the Modi of the 2002 and 2007 assembly elections in Gujarat seem to be different personalities. Can't we see how quickly the BJP and even Modi are distancing themselves from Giriraj Singh, from Pravin Togadia?

Just see how quietly Amit Shah went about saying sorry to the Election Commission. This is REAL good news. It is a victory of the secular ethos the Constitution wants everyone to abide by, and is forcing Modi to stick to rules.

The legacy of UPA rule is a huge problem. Due to a series of charges against the UPA, the Congress has lost the psychological war before losing the real one. Those floating voters supporting Modi are not anti-Muslim nor are they saying that the 2002 riots were justified. It means the Congress is losing out in election mind games.

By already narrating, and by stringing the media along in this endeavour, what he is going to do as prime minister is actually a fine case of adding to the hawa (wind) with panache.

When Modi displays confidence like this on television, he attracts floating voters in the remaining phases of the election.

As a consummate politician, he knows there are always ifs and buts in an election where 1.4 billion opinions are judging him and more than 800 million voters are actively dissecting him. But by showing confidence in his eyes, correct body language and very precise expressions on sensitive issues, he is brilliantly helping his campaign.

In the interview to ABP News, group editor Shazi Zaman asked brilliant questions which unsettled Modi a bit, but he carried the moment with him because of the clarity in his replies.

Of the 10 phases, six phases of polling have ended. The polling on April 24 and on April 30 is crucial. Modi's more than dozen interviews are helping him fine-tune the rough edges of his campaign. He is trying to influence floating voters, undecided voters, non-committal and caste-neutral voters into deciding whether to go for the Lotus or not.

These could have been Congress voters, but its divided house, torn between the old guard and Rahul Gandhi, seems to have got completely confused.

They are, it seems, the first victims of Modi's unprecedented marketing onslaught.

Is the Congress election campaign losing steam? Vote below! 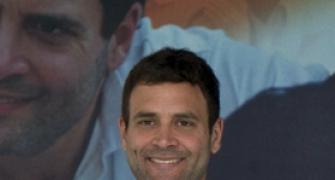 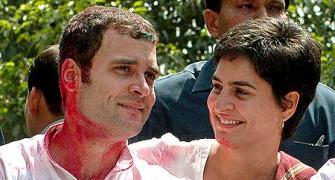 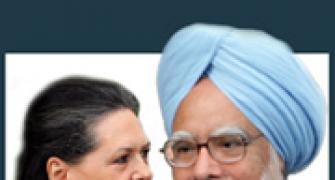 UPA II is proving even worse than UPA I