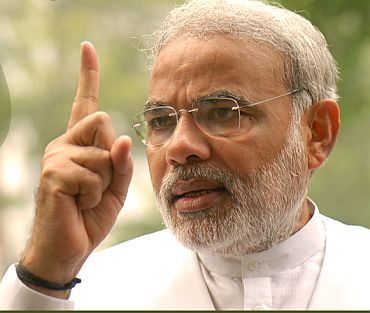 To be sure, Modi is no Vajpayee; at least that is the impression he gives. However, this doesn’t mean that he will be looking for a fight. All it means is that if Pakistan seeks a fight, he will not back down. What it also means is that the pusillanimous approach of the previous governments to ceaseless provocations from Pakistan will probably change, says Sushant Sareen.

Given the decades of hostility between India and Pakistan, animosity and prejudice is entirely understandable; even natural; but the sheer ignorance about each other never ceases to surprise.

The Pakistani reaction to the victory of Narendra Modi in the Indian general elections, and the rather ill-informed and mostly pedestrian analysis about the political change that has swept India left little doubt that not only can the two countries not have friendly relations, they don’t even make good enemies. Forget about understanding the forces of change, people across the Radcliffe line cannot even correctly pronounce names of Indian politicians and organisations.

True to their form, Pakistani television channels fielded either fossilised ex-diplomats, soldiers and even some journalist-turned-politicians, or neo-lunatics to discuss what Modi’s ascendancy means for Pakistan. There was a lot of hot air and intemperate language used against the prime minister-designate, but very little light. This was not entirely unexpected because most of these characters are unabashed, if also informal, spokesmen of the military establishment.

In that sense, their rants gave a fairly good idea of the thinking in Rawalpindi. The official response (i.e. of the de jure government) was more sober -- Prime Minister Nawaz Sharif congratulated Modi and invited him to Pakistan, and other senior members of the government let it be known that Pakistan looks forward to engaging with the new Indian government.

The Pakistan high commissioner in New Delhi, perhaps inadvertently, chose words that seemed to convey a message contrary to that of the government and more in keeping with the military.

In almost all Pakistani analyses, there was the inevitable reference to the Gujarat riots and Modi’s alleged role in them. This was held up as a marker of his credentials as a Hindu hardliner. Extrapolating from this, he was painted as someone who was inveterately anti-Pakistan.

That Pakistan has given no reason to any sensible Indian to be pro-Pakistan was conveniently ignored. What is more, the constant reference to the Gujarat riots glossed over the fact that this was neither the first nor the worst riot in India -- worse things had happened under the watch of so-called ‘secular’ parties.

There was the comparison with Atal Bihari Vajpayee and the conclusion that while Vajpayee was a soft and reasonable person, Modi was completely the opposite. Once again, the Pakistanis seemed to forget that when Vajpayee became prime minister, there was great disquiet in Pakistan that a ‘Hindu hardliner’ had come to power. If it is Gujarat riots in Modi’s case, it was the demolition of Babri Masjid that was held against Vajpayee. This disquiet turned into hysteria after the 1998 nuclear tests.

But subsequent events -- the Lahore bus diplomacy, the Agra summit, and finally the start of the Composite Dialogue process in 2004 -- made the Pakistanis see Vajpayee in a different light.

To be sure, Modi is no Vajpayee; at least that is the impression he gives. However, this doesn’t mean that he will be looking for a fight. All it means is that if Pakistan seeks a fight, he will not back down. What it also means is that the pusillanimous approach of the previous governments to ceaseless provocations from Pakistan will probably change.

In this sense, if there is some amount of apprehension and concern in Islamabad, it is all for the good and could form the basis of a more fruitful and cooperative engagement between the two countries. But the portents are not good.

Already there is a sense in New Delhi that sooner rather than later the Pakistanis will test the Modi Sarkar, either through a terrorist attack or an incident along the Line of Control/International Border. How the new Indian government responds will determine the future trajectory of relations between India and Pakistan.

The optimists in Pakistan who are hoping for a Nixonian moment with Modi coming to power are likely to be disappointed. The reason is that Nawaz Sharif is no Mao and General Raheel Sharif is no Lin Biao; nor is the Pakistan Army the People’s Liberation Army which falls in line to the orders of the political authority.

In the past couple of weeks, the Pakistani prime minister has been boxed into a corner by the military and like in the case of the previous regime, speculations have begun in the Pakistani media about when he might be toppled. Even if nothing of that sort happens, the very fact that this is the talk in Islamabad is enough to disabuse Sharif of any notion he may have had about normalising relations with India.

Perhaps, the best hope in these circumstances is that the two countries do their own thing and avoid stepping on each other’s toes and wait for another time and opportunity. Any misplaced optimism is likely to blow up in their faces and create a situation far worse than what obtains at present.

This article was first published by the Institute of Peace and Conflict Studies. Reproduced here with kind permission. 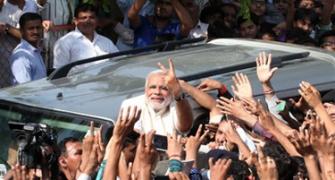 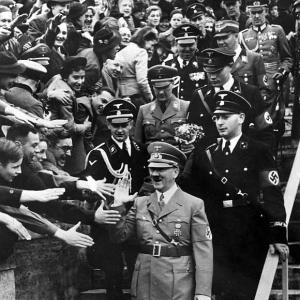