'If one observes a common man passing a church or gurdwara or dargah, he instinctively bows his head. It is this prevalence of polytheism that has ensured that monotheists and minorities flourish in India.'

'This may sound preposterous in wake of the recent communal clashes in Muzaffarnagar. But it must be understood that in a county of over one billion people that was at worst an aberration,' says Colonel Anil A Athale (retd).

Why is the majority religion in India frequently under attack?

There is terrible intellectual confusion on the exact nature of the Indian sub-continent's polity. Indians by and large are described as tolerant, secular and non-violent. Why then this vilification?

A detailed examination of Indian philosophical and cultural context is necessary to save India from the pretenders and self-styled intellectuals who flaunt their institutional and family lineage to hide their shallow thinking and lust for power.

A shrill debate has begun on the by now familiar theme of 'secularism' versus 'communalism', with many from Imperial Delhi talking darkly about the rise of majority 'fascism' and an Adolf Hitler-like dictator.

It is ironic that in a country where the de facto ruler (who takes every single important decision), the prime minister, vice-president, defence minister, foreign minister, intelligence chief, an air force chief (till recently), and many others belong to so-called minority communities, a scare is being raised about 'majoritarianism' and the threat it poses to democracy.

Under the garb of 'secularism' a determined attack is being launched on Indian 'polytheism' by organised groups of the Right and the all-powerful Left. It is this and not majoritarianism that poses a threat to Indian democracy.

India is not a 'secular' country in the accepted Western definition of the term. Countries like France and the US as well as many European countries have strict separation of religion and State and do not permit any religious symbols or teachings in public space.

The Indian approach is best exemplified by the Indian armed forces, possibly the finest example of Indian brand of 'secularism'. In the armed forces it is very common to find the drivers of military vehicles having a little picture of their favourite god/guru or Islamic calligraphy (in the case of Muslims) on the vehicle dashboard.

Visit any forward post in the mountains and en route at the mountain pass you will find an all-religious shrine where all the possible gods happily share one roof.

Religion is not just permitted but promoted in the armed forces with a clear catholicity wherein participation in each other's religious functions is a norm and not an exception.

It is this concept of 'polytheism' unique to India, that was threatened some years ago when the Sachar Committee wanted to have a separate head count for minorities. Many, including this author, successfully fought that.

Much of the confusion in India is caused due to inadequate understanding of the history of secularism. Monotheism is inherently anti-democratic as it brooks no deviation from one book, one god and one path, the exact anti-thesis of the democratic principle of individual freedom and choice.

In Europe the concept of secularism had to battle the monotheism and domination of the Church. Europe became democratic in opposition to monotheist Christianity. This came about only when during the Renaissance Europe went back to its Greek and Roman roots, both in essence polytheist civilisations.

In India it was never an issue as Indians never had a unified church, a single book or dominant monotheism.

The essence of Indian civilisation has been that while there is essential unity of god, it is manifested in many ways and all paths are equally valid and like the many rivers that lead to the ocean, lead to same destination.

Indians accept all prophets as true.

Acceptance of multiplicity of or many facets of truth has led to democracy being easily accepted.

India, along with the Middle-East and China, is a civilisational node. Interestingly, in the case of China as well as the Middle-East, over thousands of years a single language dominates the population.

On the other hand, in India, while Sanskrit was once the link language, more than 17 major languages flourish. Linguistic diversity has been a function of polytheism. It needs reiteration that language is far more powerful a tool for nation formation than religion.

The example of Bangladesh is a recent one, but a look at Europe will show the power of language as a factor in nation-building. Polytheism led to this diversity and also made political unity impossible.

As a military historian one can vouch that repeated Indian battlefield defeats were due to this single biggest factor. Even today, while the concept of pluralism and polytheism is under attack, political unity eludes a majority of Indians.

Another proof and effect of this Indian polytheism is that a majority of visitors to holy shrines of Islam (the Ajmer dargah, for instance), the St Xavier's church in Goa or the Golden Temple in Amritsar, are polytheist Hindus.

If one observes a common man passing a church or gurdwara or dargah, he instinctively bows his head. It is this prevalence of polytheism that has ensured that monotheists and minorities flourish in India.

This may sound preposterous in wake of the recent communal clashes in Muzaffarnagar. But it must be understood that in a county of over one billion people that was at worst an aberration. If a person belonging to a 'minority' is to take an un-jaundiced look at the Arab world or our neighbourhood, he will find daily massacres in Syria, killings in Egypt and drone attacks and use of fighter aircraft against its own people by Pakistan.

Unless the Islamic world finds an answer to the challenge of monotheism, democracy will remain a far cry in those countries. As a side effect, sectarian killings where the monotheists are in a majority are completely absent in polytheist India.

Another reason for continued tension in India between religious communities has been the constant propaganda of 'victimhood' that is dinned into Indian ears. So a 1992 demolition of a mosque is cause to spawn terrorist attacks, two attacks on the Raghunath temple and Akshardham temple, hundreds of bomb blasts and terror attacks have been forgotten.

Ask an average Indian about these events and chance is one will get a blank look. Offhand, people will not be even able to recall the year in which these took place, but on the other hand the date December 6, 1992 is firmly etched in public mind.

This is despite the fact that in cultural, sports and economic fields, there is no majority-minority distinction. Bollywood is dominated by the minorities, we have sporting heroes from all communities and in the economic field three of the biggest pharmacy companies (Wockhardt, Cipla and Himalaya) are owned by minorities.

At the micro level, the hardware business is dominated by the Bohra community and most of the butcher shops are run by minorities (and sell only halal meat).

It is only in the field of politics that the minorities have studiously been kept as a captive vote bank. Jawaharlal Nehru, India's first prime minister, is often invoked by the practitioners of vote bank politics. But it must be remembered that Nehru was keen to shield the minorities from the backlash of Partition. He did not need minority vote banks to win elections -- he would have won them anyway.

The worst effect of all this is that minority separatism is assiduously cultivated, creating a rift between a non-existent majority and an organised minority.

If Indian polytheism were to succumb to an organised group of minority, the first victims will be the minority itself.

The havoc brought about by monotheism in our western neighbourhood will be repeated in India. The million dollar question is: Will the polytheists display political unity in defence of pluralism?

India's future may well depend on it. 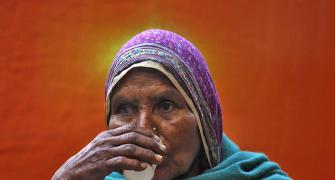 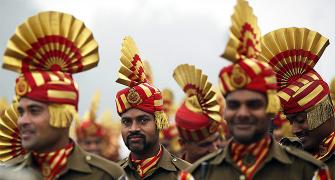 'I want an India strong, tender and considerate' 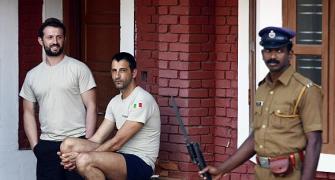 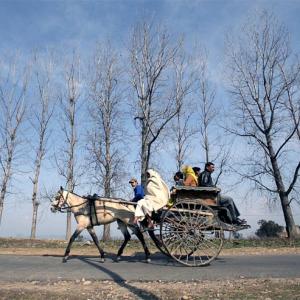 'There is always a freshness about India'