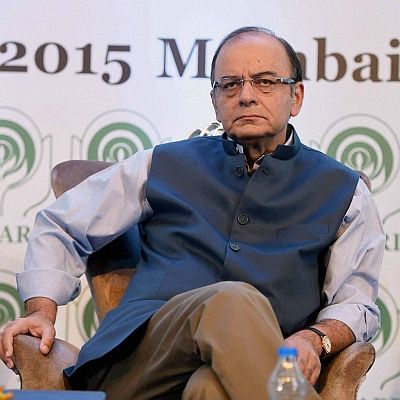 The ordinance to amend The Right to Fair Compensation and Transparency in Land Acquisition, Rehabilitation and Resettlement Act 2013 lapsed on August 31.

The bill to replace the ordinance is pending for consideration before a standing committee of Parliament.

Questions are being raised with regard to the nature and future of the land acquisition law in India.

I am of the opinion that the 2013 act is a badly-drafted legislation. It has a lot of ambiguities and obvious errors. The effect of certain provisions of this act is contrary to the language used therein.

A series of legitimate difficulties would arise once the act is seriously implemented. The provisions of the act would also prevent the development of the rural areas through rural infrastructure and further prevent job opportunities created in those areas by industrialisation.

This was the principal object of the central government when the ordinance to amend the act was issued on December 31, 2014.

This provision is partly diluted by the use of the word "also" in section 2(2) where it indicates confusion in the mind of the drafts-person with regard to non-applicability of the consent provisions to section 2(1). This ambiguity is required to be corrected.

Provisions relating to 'social impact assessment' and various steps to be taken therein required a large timetable, which taken together could go up to several years. The language of the time provisions uses the word "within" the time period.

This time requires to be shortened or exempted in some cases.

The 2013 act required the entire acquired land to be utilised within a period of five years.

Since some key corrections were required in the badly drafted legislation, most of the state governments represented to the present central government in 2014 that these amendments should immediately be carried out.

It was at the request of the state governments that the amendment to land acquisition law of 2013 was issued.

However, after the issuance of the ordinance, the Congress party changed its position and wanted to oppose the ordinance for political reasons. The ordinance was re-issued on two more occasions, but the political stalemate has continued and the bill requiring amendment is pending before the standing committee of Parliament.

The prime minister convened a meeting of the chief ministers again under the aegis of the NITI Aayog wherein all chief ministers were of the opinion that some flexibility should be given to the states if the stalemate at the Centre continues, the states should be empowered to bring their own amendments.

Can the state bring an amendment to the central government?

Acquisition of property is a List-III, Entry 42 subject provided for in the concurrent list.

The provisions of article 254(2) clearly provide that a state government can bring a legislation on a concurrent list subject which conflicts with the central legislation provided presidential assent is given to such legislation.

The states are thus fully empowered to amend the 2013 land law and seek presidential assent before the amendment can be effected. This has been precisely agreed to in the meeting convened by the NITI Aayog.

One state has already brought the amendments and some others are likely to follow.

The states can provide for alternative mechanism which balances the interests of farmers and also provides for land required for acquisition.

Has the Centre moved back?

The amendments to sections to the 2013 act, which were brought by the ordinance, were incorporated in section 10A. The provisions of section 10A provide that the states can provide for any or all of the five purposes mentioned in section 10A and exempt the consent and the social impact assessment provisions.

The ordinance, therefore, left it to the wisdom of the states as to whether they wanted to notify any of the five exempted purposes.

The position in the ordinance remains unchanged. Pursuant to the decision taken by the NITI Aayog, the state governments are still empowered to so decide.

Earlier, there was delegation under the ordinance which even otherwise under the Constitution remains on account of land being a concurrent subject and state can amend the law with the approval of the President.

The object of the 2015 ordinance was to give certain amount of flexibility to the states. They know their requirements the best. That flexibility is made available to the states even now under the decision taken in chief ministers' meeting.

The position, therefore, currently remains is as follows:-

Was the notification under section 105 necessary?

Section 105 of the 2013 Act exempted 13 legislations listed in schedule IV of the act from the applicability of the provisions of the act. They were exempted from consent and social impact assessment provisions.

They were also exempted from the provisions of additional compensation, relief and rehabilitation.

The section requires issuance of the notification within a period of one year which would make compensation and the relief and rehabilitation provisions applicable to the notified 13 laws.

This enhanced compensation was statutorily incorporated in the ordinance.

Since amendment to ordinance has lapsed on August 31, it is incumbent upon the central government to issue the notification before August 31. The same has been done now. 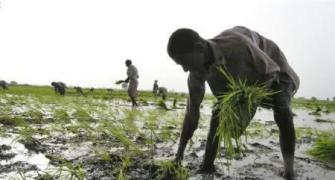 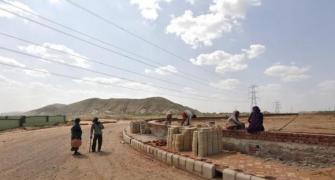 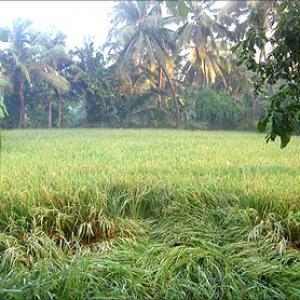 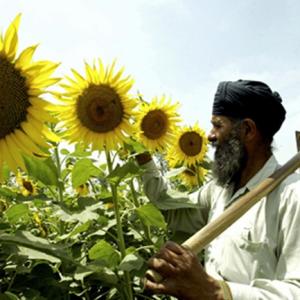