Prime Minister Manmohan Singh on Friday addressed the India-Today Conclave in New Delhi. Here is the text of his speech

Thank you Arun for inviting me to speak at this important gathering of intellectuals that brings together a wide range of issues, opinions, ideas and insights into contemporary affairs.

The subject of this year's Conclave is indeed, thought provoking. Looking around us, not just in India but at the world around us as well, it is clear that the balance of power has indeed shifted, both within and between states.

If there is one defining characteristic of the changes that we see in India and the world, it is the shift in power towards the ordinary citizen.

In India, we have seen rapid economic change and growth since 1991. What is less evident but equally significant is the fundamental deepening of our democracy that has been brought about through the empowerment of local institutions, broadened civil society action and a policy of inclusive social and economic growth.  This has led to a shift in power from the institutions of state to the citizens of our country.

In 1991, we unleashed the entrepreneurial energies of our people by dismantling the license-permit raj. This released individual creative energies to produce the wealth that we need for fulfilling our responsibility of offering a life of equal opportunity and dignity to our citizens.

The policies of the Government in recent times have sought to remake the democratic state of India, to make processes of social and economic change more inclusive and thereby empowering over a billion people, one sixth of humanity. It is in fact a mandate that derives from our Constitution.

We have sought to make political democracy meaningful through social democracy by addressing the specific needs of excluded or marginalized sections of our society like Scheduled Castes, Scheduled Tribes, minorities and women. We are committed to providing reservation to women to the extent of 50% in local bodies and up to a third in the state legislatures and in our Parliament.

We have sought to bridge several divides in our country simultaneously: The infrastructural divide through Bharat Nirman, the educational divide through the Sarva Shiksha Abhiyan and the Right to Education, the health divide through the National Rural Health Mission and exclusion through targeted affirmative action programmes for minorities, Scheduled Castes and by restoration of the rights of indigenous people or Scheduled Tribes over forests and forest produce. We are moving towards providing broadband connectivity to all our 2,50,000 panchayats so that modern technology is harnessed for the empowerment of our citizens.

We have introduced landmark legislations that provide citizens the Right to Information, the Right to Education and the Right to Work through the Mahatma Gandhi Rural Employment Guarantee Act.

We have intensified our efforts for the emancipation of our women. Our efforts to create equal educational opportunities through targeted programmes for girls' education and specific economic programmes focused on women particularly through self-help groups are all gradually bearing fruit. Our major challenge going forward is to give our women political voice and to work out and implement effective strategies for gender equality.

We have sought to capitalize on the opportunities that come in the way of decentralization of power. It is heartening to see that the modern sectors of our economy are also beginning to understand the value of operating at the bottom of the pyramid and combining public welfare with the pursuit of profit.

The focus is to create a skilling revolution in our country that touches every nook and corner. This needs everyone to collaborate -- the Central and State Governments, the private sector, developers of technology, NGOs and others. Through the Prime Minister's National Council on Skill Development we have been working on this and now that the recession is behind us, and we are coming out with a blueprint for the skill revolution in the next two months.

We have in our country not yet evolved a fully satisfactory system for reconciling harmoniously the demands of growth and environment.

combinations. A lot of intellectual effort is needed to operationalize the concept of sustainable development.

This should challenge the imagination of our environment and development planners. The tragic nuclear incidents in Japan in the aftermath of the recent earthquake and tsunami should make us revisit strategies for nuclear safety, learning lessons from these experiences. I have already ordered a thorough review by the Department of Atomic Energy.

What we have attempted in India is, of course, specific to Indian conditions. But the human desire for more freedom and for citizens to decide their own future is universal. The shift of power to citizens is today a global phenomenon.

As a democracy we are happy to see our brothers in West Asia and North Africa taking an increasing role in determining their own future. These are decisions for countries and their citizens to take for themselves, free of outside interference or coercion. India will do what it can to support the decisions that the people and countries of the region take about their own future. As close neighbours and historical friends, we have a major stake in their peaceful, orderly evolution. Over 6 millions of our citizens live and work in this area.

India's trade, economic and human ties with the countries of South Asia, East Asia and West Asia are deep and historical.

We have to find new pathways of cooperation with these countries to create new opportunities for growth and development.

The balance is also shifting between states in the global system. The old order is clearly changing. A new order however is yet to be born. No country has a greater interest and stake than India in a rule-based and predictable international system within which we can grow and develop.

Our existing institutions of global governance need to change to reflect today's shift in balance.

To some extent, this is already happening in regard to the global economy. India, today participates fully and meaningfully in international economic institutions, particularly the G-20 which has emerged in the aftermath of the global financial crisis of 2008 as the preferred and primary forum for global economic issues.

We seek a similar evolution in the international handling of political, security and other issues and a democratization of institutions like the United Nations Security Council to bring them in line with present day realities.

It is important that all major powers work together to address the major economic and political challenges that face us, including those involving non-state actors. Cooperation to deal with cross border terrorism is very important.

Problems such as piracy require cooperative solutions by several states, acting together both to prevent piracy on the high seas and to eliminate the causes, which make these possible. India has a strong interest in the security of the sea-lanes. Our Navy has done a commendable task in foiling attempts at piracy in the Arabian Sea and it is working with international navies of the Horn of Africa.

The shifts in the balance of power and its implications suggest that we need to adapt ourselves. In many ways, India is well placed to take advantage of the changes in the balance of international forces. We can contribute to the world's recovery from the recent financial and economic crisis. We can become a pole of political stability in an uncertain world.

But for all this we will need to show innovation and flexibility in our approaches. Some inadequacies have become apparent in our systems of functioning. We have to deal squarely with the malaise of corruption. We need to reform and improve governance at all levels.

I am sure that your deliberations in this conclave will contribute to a more informed debate on all the issues that this important topic raises. 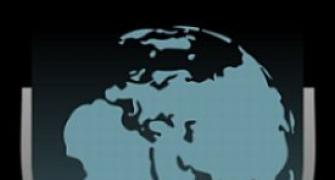 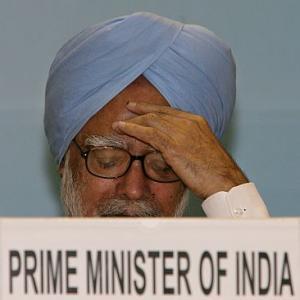 I didn't authorise anybody to purchase votes: PM 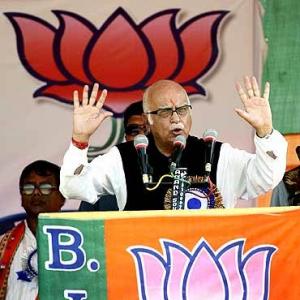