Is Tamil Nadu the new Bihar?

If the people of Tamil Nadu stop deifying their leaders and start evaluating them more objectively, the political masters too may change their wayward behaviour, argues Sudhir Bisht. 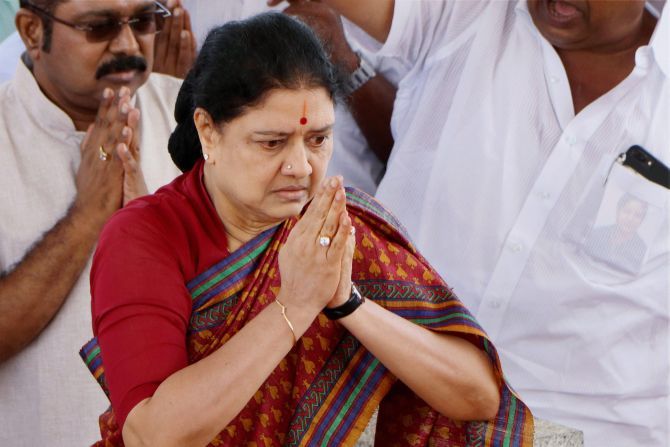 In the 1980s, just a few years before his retirement, my father was able to build a small house in Delhi.

At that time, he wanted to rent his 60 square metre house to someone who was least likely to usurp his only property in Delhi.

After all, his retirement was just four years away and he couldn't risk having a nasty tenant who would be unwilling to leave the house when he hung up his boots and shifted from his spacious government accommodation to the little abode of his own.

My father was looking for a "Madrasi" tenant, one of the "oh so gentle Tamilians."

Then, the image of South Indians in general and Tamilians in particular was that of a people at peace with themselves.

They were looked up as God-fearing, not greedy, but hardworking and peace-loving people whom one could trust with one's property.

For many years, from the late 1980s onwards, Tamil Nadu was the state that led India in industrial output, agriculture yield per acre, number of physicists, economists and civil servants per thousand people and many other areas.

Tamil Nadu was one of the leading states in terms of literacy and other economic indicators, be it health, service sector or education or housing.

Tamil Nadu's example was often given to laggard states like Bihar and everyone wished that Bihar also progressed just like Tamil Nadu.

However, in the last two decades, Tamil Nadu's image has been sullied a lot.

MGR's death also led to the rise of his friend and confidante J Jayalalithaa.

Both came up with populist schemes aimed at luring voters.

Introduction of a barrage of freebies by both of them crippled the state's economy.

Jayalalithaa can be called the 'Queen of freebies,' as she doled out free mixer-grinders, dhotis, chadars, baby kits, gold coins, laptops, mobiles and heavily-subsidised cooked food from the numerous Amma canteens.

All this put a heavy burden of debt on the state.

As per the Reserve Bank of India, Tamil Nadu's debt burden grew by almost 95 per cent in the past five years.

Jayalalithaa's reign of freebies was accompanied by illegal accumulation of money.

The following quote from the last pages of the judgment explicitly points to the grave nature of charges for which Jayalalithaa was indicted.

'Corruption is a vice of insatiable avarice for self aggrandisement by the unscrupulous, taking unfair advantage of their power and authority and those in public office also, in breach of the institutional norms, mostly backed by minatory loyalists.'

'Both the corrupt and the corrupter are indictable and answerable to the society and the country as a whole. This is more particularly in re the peoples' representatives in public life committed by the oath of the office to dedicate oneself to the unqualified welfare of the laity, by faithfully and conscientiously discharging their duties attached thereto in accordance with the Constitution, free from fear or favour or affection or ill-will. '

'A self-serving conduct in defiance of such solemn undertaking in infringement of the community's confidence reposed in them is therefore a betrayal of the promise of allegiance to the Constitution and a condemnable sacrilege.'

'Not only such a character is an anathema to the preambulor promise of justice, liberty, equality, fraternal dignity, unity and integrity of the country, which expectantly ought to animate the life and spirit of every citizen of this country, but also is an unpardonable onslaught on the Constitutional religion that forms the bedrock of our democratic polity.'

'This pernicious menace stemming from moral debasement of the culpables, apart from destroying the sinews of the nation's structural and moral set-up, forges an unfair advantage of the dishonest over the principled, widening as well the divide between the haves and have-nots.'

Even before this judgment, the image of Tamil Nadu had taken a severe beating with the alleged involvement of the DMK's young and educated A Raja in the 2G scam.

Thus, to my uncomplicated mind, some of the most corrupt ministers in the United Progressive Alliance government were from Tamil Nadu.

With Jayalalithaa's sudden death, the drama that unfolded in Chennai was shocking.

Had she been alive, Jayalalithaa would also have been in jail with V K Sasikala and others. However, now, she is being hailed as 'Amma,' or mother, and her aide Sasikala is called 'Chinnamma,' mother's younger sister.

Jayalalithaa's memorial is being visited by her followers as the shrine of a goddess.

And Edappadi K Palaniswami, Tamil Nadu's new chief minister, carries pictures of Jayalalithaa and Sasikala both. The Constitution demands that these two gentlemen pledge loyalty to the country and to the state, not to leaders who are convicted for corruption.

And the elected MLAs are supporting one while the public support seems to be with the other.

This doesn't enhance the stature of Tamil Nadu as a progressive state.

The irony is that the entire state continues to mourn Jayalalithaa who would have been the first CM to be convicted by the Supreme Court if she were alive.

Does she deserve a memorial at the Marina Beach at all?

A memorial for a leader convicted of corruption is weird, but the height of ludicrousness will be when AIADMK leaders start demanding a Bharat Ratna for their Amma as they soon will.

Meanwhile, in Bihar, Chief Minister Nitish Kumar has provided a stable and relatively corruption-free government since 2005.

Even in the company of Lalu Yadav, Nitish has given a sensible government to the people of Bihar.

There is no sign of any major corruption in Nitish Raj and he has managed to imbibe genuine civility in his relationship with the Union government that is headed by Prime Minister Narendra Modi, his bitter political rival.

So while Bihar seems to be improving, Tamil Nadu is gaining dubiety for being a state that gets along with corruption, nepotism, lawlessness and immorality.

Is Tamil Nadu the new Bihar then? I shudder to think if the answer is in the affirmative.

I draw some solace from the straight-from-the-heart outburst by Kamal Hassan, the grand master of Tamil cinema.

It was time the people of Tamil Nadu stopped being obsequious to their leaders as if they shared a personal bond with them, Kamal Hassan said.

He questioned the sense in addressing Sasikala as 'Chinnamma' and appealed to the state's people to treat their chief minister as a CEO who is voted to power to achieve some tangible objectives.

If the people of Tamil Nadu stop deifying their leaders and start evaluating them more objectively, the political masters too may change their wayward behaviour.

Otherwise nothing can stop Tamil Nadu from becoming the Bihar of yore. 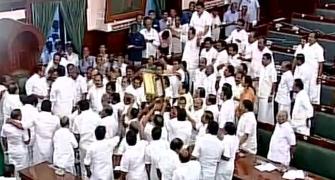 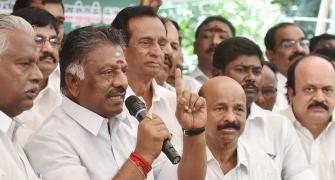 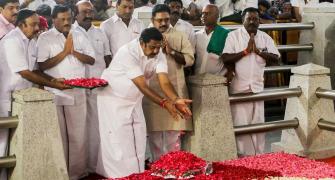 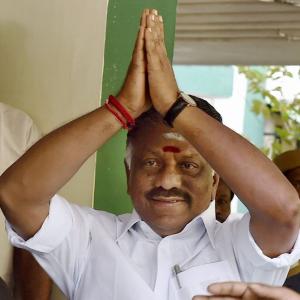 'There was a lot of pressure on OPS'