News
Business
Movies
Sports
Cricket
Get Ahead
Money Tips
Shopping
Sign in  |  Create a Rediffmail account
Rediff.com  » News » Is Mumbai about to get back its nightlife?

Is Mumbai about to get back its nightlife? 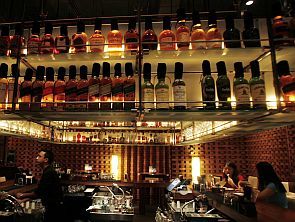 Aditya Thackeray may want Mumbai's shops and restaurants to remain open 24x7 but the Maharashtra government won't be okaying it in a hurry, says Neeta Kolhatkar.

I’m glad I was a part of that Bombay (before she was renamed as Mumbai) when restaurants and eateries that catered to all kinds of pockets were open all night, when we could dance away the blues at discos till the wee hours and security concerns weren’t a sword that loomed above our heads; when the police wouldn’t come rudely rounding up people from Marine Drive, or any restaurant/pub.

Bombay then was a lot more cosmopolitan and tolerant than what Mumbai is today. These aren’t claims, the fact is politicians had better sense and issues to look into rather than disrupt the socio-cultural and religious fabric of this lovely city. Yes, the dance bars too thrived, gang wars and shoot-outs took place, but none of the crime and politics interfered with the lives of us ordinary citizens. There was a night life that this city was proud to have!

Suddenly, the moral upholders of this city and activists got up in arms to cleanse it. I do think they went too far in their pursuit of cleansing the city. Suddenly the state excise department, the Mumbai police and politicians all seemed to be working at cross-purposes, each outwitting the other, with not only the rules but also the methodology of implementing them. Suddenly dance bars were seen as criminal dens, the bar dancers spoiling middle-class families, drink permits were made compulsory and restaurants and discos were forced to shut shop at 1.30 am under the archaic rules of the Bombay Police Act.

In fact, such was the impact that the Hotel and Restaurant Association members had said they were losing crores of rupees on a daily basis besides the fear of being exposed by Assistant Commissioner of Police Vasant Dhoble.

Dhoble was allowed to go on a rampage with a hockey stick, and it wasn’t like the opposition parties were effective either in reining in this police officer or the government’s devious ways to end the night life. Everyone seemed to go with the flow of these ridiculous ideas that Mumbai city was on a constant security watch, an excuse always given post the November 26, 2008, terror attacks. In fact citizens came out in support of Dhoble and in the western suburbs a forum called Citizens for Free Mumbai was formed, its aim being to help the police crack down on nightlife. Many complained about the noise from the eateries and the patrons thronging those places causing them sleepless nights.

Yes, a lot of events till 26/11 had affected Mumbai city and its night life, but one simply cannot argue that this city never sleeps and was forcibly sedated for many years. I’m glad that the Shiv Sena’s young leader Aditya Thackeray wants to revive its night life. Whatever the reasons may be, at least he wants to bring back the old charm rather than get books banned, for a change.

This original idea was mooted by the independent corporator Makrand Narevekar who believes that there should be 24x7 eateries to boost nightlife and tourism. In fact last month, Narvekar had mooted a proposal in the BrihanMumbai Municipal Corporation to amend the Shops and Establishment Act to allow restaurants to remain open 24x7. This idea found support in the Shiv Sena’s youth leader, Aditya Thackeray, who put up a message on his Facebook page: "I strongly believe Mumbai needs a safe yet vibrant night life. Our city virtually sleeps long after midnight. People look for places to chill post work. It will be a great roll in for the economy if we increase places to eat post work and curb corruption from places that are illegally open at night. This would be a major boost to our city's nightlife."

This sentiment resonated with the youth, which prompted Aditya to meet the mayor, get his proposal through and addressed the media regarding this matter on October 3. Now Aditya is in the process of getting as much support, because the final sanction will need to come from the chief minister, after seeking the advice of the home and labour departments.

The issue eventually is a state subject and here the young leader will need to do a lot of networking. The politics between the Congress and Nationalist Congress Party, apart from the tricky security concerns, will hijack the core issue. It is not the first time a Mumbai leader has mooted such a proposal.

In fact way back in 2005, NCP leader Nawab Malik, as minister of labour, had proposed to keep restaurants open 24x7, however it was outright rejected by the ministry of power and home. In 2005, most of Maharashtra was reeling under power shortage and that would’ve sent a wrong message to the people that only Mumbai city was enjoying power at the cost of the rest of the state.

Meanwhile, the home department as expected aired security concerns and the trouble of supervising these areas where eateries would be open. Malik in fact is still in favour of this plan and welcomed the proposal mooted by Narvekar and Thackeray. He however added a rider, that the crucial decision needed sanction from the same two departments.

After consultations with these two main departments, the chief minister is then expected to give his final stamp of approval to the proposal. Apart from the usual trademark of Prithviraj Chavan to mull over important matters, the fact is, concerns regarding security persist. Finally, with an eye on elections, the Congress won’t let the opposition cub take credit for the plan, which actually can be a point of agenda for the Congress and NCP.

The home department will take feedback from the Social Services Cell of the Mumbai police and till the rule that makes permits compulsory isn’t scrapped, there are less chances of seeing the city’s old nightlife limping back. Indeed it is sad to see Mumbai’s charm getting eroded due to the petty politics that is so ingrained in our systems. 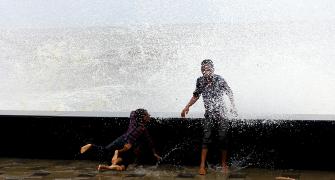 What I will REALLY miss about Mumbai 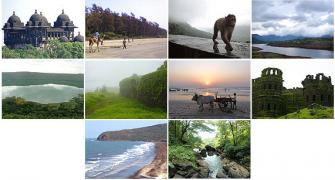 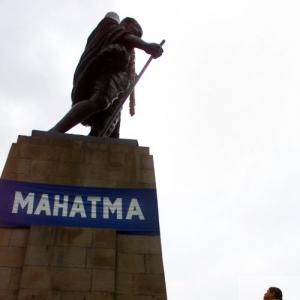 Mumbai is the 2nd MOST HONEST city in the world