Given the subdued pre-poll voter-behaviour in the state over the past couple of decades and more, and the inability of individual political parties to cobble together an alliance and announce candidates, or both, to launch grassroots-level campaigns early on, close fights with landslide victory is an equal possibility, N Sathiyamoorthy. 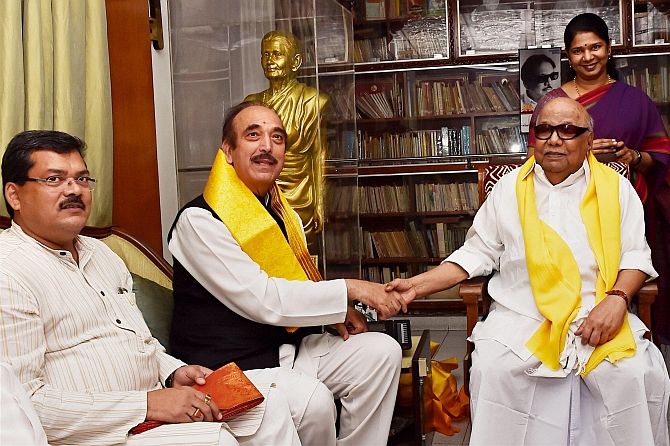 Tamil Nadu is poised for multi-cornered contests in all 234 constituencies, and this could throw up either or both possibilities.

Yet, given the subdued pre-poll voter-behaviour in the state over the past couple of decades and more, and the inability of individual political parties to cobble together an alliance and announce candidates, or both, to launch grassroots-level campaigns early on, close fights with landslide victory is an equal possibility.

The results this time could prove if the 2014 AIADMK sweep in the parliamentary polls, where party leader Jayalalithaa was not being projected as a prime ministerial possibility as in 1996, was the emergence or re-emergence of an electoral reality in the state -- or, if it was only an ‘aberration’, particularly in terms of a stand-alone party sweeping the polls, both in terms of vote-share and seat-share.

It’s the 2014 results, and the BJP-NDA combine’s more-than-respectable 17.5 per cent vote-share, and the DMK combine’s 26-plus percentage points against the AIADMK’s 45 per cent, that are at the current arguments that a ‘split in the anti-incumbency votes’ would help the ruling party.

It’s also the reason why the DMK was eager to have the DMDK, and has roped in the Congress, even more.

Despite multi-cornered contests this time, early whisper campaigns had put the ruling party, with its ‘incumbency advantages’, at the front.

They had also sought to drown the traditional, yet invisible, ‘anti-incumbency’ factors influencing the voters.

There is also the conventional belief that in a multi-cornered contest, the anti-incumbency votes (alone) get split.

The state is active in the former department. The results have often proved the latter right -- with the near-singular exception of the 2014 parliamentary elections.

It is also the latest in the state’s poll series.

Independent of the results this time, the ground situation is more complex than to warrant and/or justify any ‘one-sided’ prediction of any kind.

For starters, the AIADMK and the DMK continue to dominate the poll scene.

The BJP ruling the Centre, the five-party alliance now led by Vijaykanth, and the go-it-alone PMK can play spoilers, jointly and severally, for the ‘Big Two’ Dravidian parties, but not always in conventional terms.

From within the five-party PWF-DMDK combine, Vijayakanth may have lost much of the ‘karuppu MGR’ votes to the AIADMK and Jayalalithaa’s charisma long ago.

Among the four PWF partners, VCK leader Thol Thirumavalavan lost his native Chidambaram (SC) seat in the DMK’s company by a huge margin in the 2014 Lok Sabha polls.

His party’s contribution to the alliance kitty in the northern districts was equally abysmal.

These votes were believed to have gone the AIADMK way, after the Jayalalithaa government took courage to arrest PMK founder Ramadoss over alleged attacks on Dalits.

This time, Jayalalithaa’s stoic silence over the daylight murder of Dalit youth Sankar in Udumalpet in the West for marrying a higher caste Thevar girl from the southern districts, has not gone unnoticed.

It’s another matter if the VCK with its political base in the northern Adi Dravidar community could capitalise either on this, or the earlier one, particularly after their failure to do so for the DMK combine in the aftermath of the ‘Ilavarasan incident’ in Dharmapuri, months ahead of the 2014 polls.

The Puthiya Tamizhagam of medical doctor, K Krishnaswamy, against the Thevar domination over the southern Dalit sub-sect, namely the Devendra Kula Vellalar, too has lost the script and direction, over the past decade-plus.

So much so, neither of the Dravidian majors, nor the Vijayakanth combine, has shown any interest in the party.

If the VCK however is in electoral reckoning of some kind, it owes possibly more to party leader Thol Thirumavalavan taking a joint initiative in forming the PWF early on -- than its own ‘relevance’ to the two ‘Dravidian majors’.

That way, the second of the PWF partner, MDMK -- whose founder Vaiko is also its convenor -- has seemingly lost a part of the negative votes against the DMK, back to the parent party.

A part of the pan-Tamil constituency vote went the AIADMK way after he aligned with the BJP in 2014.

The MDMK could witness further loss, to the more strident pan-Tamil party in filmmaker-politician Seeman’s Naam Thamizhar Katchi (‘We, the Tamils’ party).

Considering that the MDMK’s vote-share was only around five per cent at the peak of its popularity in 1996, it’s all saying a lot.

There is nothing much to write home about the two communist parties in the PWF.

Contesting the polls alone and together for the first time in decades, they polled the lowly vote-share of one per cent in 2014.

Among the two other national parties, the BJP had its traditional two per cent vote-share go up to about seven, in the party-led NDA alliance in 2014.

This time, the BJP is expected to lead a truncated NDA in the state, with no other alliance partner bringing in too many votes.

The possibilities are limited. If PM Modi’s campaign in the state is effective, the party may retain some or all of the seven per cent vote-share from 2016.

If this happens, the AIADMK might be the loser. If it does not, then alone could the AIADMK hope for additional votes from this kitty.

For the rival DMK combine, the Congress partner seems to be seeking more seats than its proven 4.5 per cent vote-share in 2014 might justify.

Yet, the DMK leadership seems to hope that an alliance with the Congress could help consolidate ‘secular’ and ‘minority’ votes in the state, numbering around 12 per cent.

Of this, Muslims and Christians account for six per cent each. Both communities are also concentrated mostly in specific revenue districts/taluks and assembly constituencies.

Yet, the DMK also has to reckon with the post-2014 split in the Congress, but can still try and take heart that the rival AIADMK has thus far not taken in the revived Tamil Maanila Congress, which has broken away from the Congress parent twice in as many decades.

However, the TMC’s vote-share within the minimal Congress share would be nowhere compared to the ‘minority’ vote-bank that the DMK combine hopes to garner.

Sharper the ‘secularism vs intolerance’ debate between the BJP and the Congress gets during the poll campaign in the state, the greater could be the consolidation of minority votes.

The ‘minority’ vote-share for the Vijayakanth combine, despite the presence of the two communist parties in it, could not be comparable.

It does not mean a counter consolidation of ‘Hindu votes’ in BJP-NDA’s favour, despite PM Modi’s possible campaign.

Instead, it could only mean a loss of AIADMK votes to the BJP.

That leaves the PMK, which at the peak of its early, independent electoral existence again had polled around six per cent votes in the ’nineties.

Much of it had been traditional DMK votes.

Today, having alternated in alliance with the DMK and the AIADMK, the party seems to have lost a substantial portion of its Vanniar caste-based votes to the other two parties.

By contesting alone, and declaring former Union minister and incumbent Lok Sabha member, Anbumani Ramadoss, as chief minister candidate, the party seems to recapture the community imagination and original vote-share and more, before possibly re-launching again for a major role in state politics and elections on a future day. 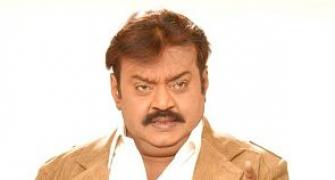 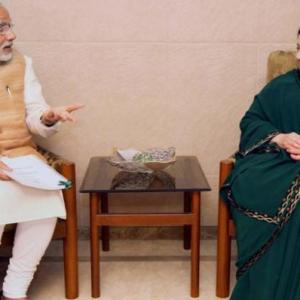