By Shivam Vij
April 30, 2012 13:54 IST
The current mechanisms of internet censorship in India are draconian and unconstitutional. They need to be replaced with a new set of rules that are fair, transparent and accessible for public scrutiny, says Shivam Vij

Recent debates on internet censorship in India have focussed on the allegedly free-for-all nature of the internet. Those of us who have argued against internet censorship have been somewhat misrepresented as arguing for absolute freedom whereby the reasonable restrictions laid down in Article 19 (A) of the Constitution of India don't apply. Nothing could be farther than the truth.

It has been said that the internet can be used to incite violence, particularly inter-communal violence, and there needs to be a mechanism to prevent that. Communications Minister Kapil Sibal wants internet giants to "self-regulate" for this reason, denying that he wants to censor political dissent on the internet. On the heels of his expression of such concern in December 2011, Mufti Aijaz Arshad Qasmi and journalist Vinay Rai filed cases against various internet companies for similar material that is religiously offensive.

It needs to be pointed out, however, that the cases filed by Qasmi and Rai are under the Indian Penal Code and do not even invoke the Information Technology Act. So if the Indian Penal Code can be used against religiously offensive material, why do we need any new mechanism to "regulate" or even "self-regulate" the internet?

Since even before the internet became important enough for Indian courts, government departments and agencies to ask American internet companies to remove content, the government has had another mechanism in place: asking internet service providers or ISPs to block a webpage. They did so informally by blocking Dawn.com, website of the Pakistani newspaper Dawn, during the Kargil war in 1999. They did so again to the webpage of a militant group in the northeast, on the website of the Yahoo! Groups mailing list service. And again in 2006, when they blocked over 20 websites, some of them for no apparent reason.

Imagine a situation when you don't even know of books or films that are banned -- the public cannot even debate the rights and wrongs of such censorship because we don't even know what is censored on the Indian web. We are in that situation and it beats me why we are not angry about it. Nevertheless, it makes you wonder: when the government has been blocking webpages it thinks are not suitable for Indians to view, why do we need new and additional laws or 'mechanisms' to tackle allegedly "offensive" material on the web?

Okay, so ISP-level blocking can be easily bypassed using "anonymiser" websites and software. That is not a problem for the Indian government either, as it has been informally asking big internet companies to remove content for years and, guess what, these companies have been complying. To give but one example, on February 15, 2011, Dalit groups in Mumbai protested against a Facebook page titled 'I Hate Ambedkar'. A group of around 400-500 people pelted stones and burnt tyres. By evening the police had acquired an order from a magistrate's court in Bandra to ask Facebook to removed a defaced photo of B R Ambedkar from the page, and also that the page be blocked in India. As I read news reports of the protest that night, sitting in Delhi, I tried to find the Facebook page in question. It had already been taken off or blocked or both.

There were many such cases of allegedly defamatory or inflammatory content in Orkut in Maharashtra in 2006-07, involving, unsurprisingly, Bal Thackeray, Chhatrapati Shivaji and Ambedkar. This resulted in Maharashtra police's cyber crime cell establishing a hotline with Orkut whereby the latter promised to "block those 'forums' and 'communities' that contain 'defamatory or inflammatory content' but also provide the IP addresses from which such content has been generated," according to a report in the Economic Times.

So the government tells Google or Facebook to remove something and they comply. In fact, Facebook has been known to be less concerned over its users' rights and though it is not transparent enough to tell us how much of our content they have removed, Facebook definitely does so. Google even admits to it. Google's international Transparency Report tells us that in the years 2010 alone, various Indian government departments and representatives asked them to remove 640 pieces of content of which Google removed more than one-third.

Shocking as it sounds, this has been happening for some years now, and not only in Maharashtra but across India. Any representative of the Indian government writes to Google to remove, say, a YouTube video, and they may comply with it, and even the person who created/uploaded that video doesn't know that the government got it removed! We don't know what these pieces of removed content are, so we can't debate whether in those cases the Indian Constitution's Fundamental Right to free speech was violated or whether its reasonable restrictions prevailed in letter and spirit. Nevertheless, it still brings us to the question: if the government already has had such mechanisms in place, why do we need new rules and regulations?

Nobody can disagree that popular social networking websites are often used to defame, abuse or threaten people. We have all seen that on the internet. However, not only does the Indian government and law have enough ways to deal with it -- as showed above -- it is also not the case that these internet companies do not exercise "self-regulation". All major social networking sites give users options to report content that is offensive, amounts to hate speech, incites violence, is pornographic and so on. While reporting such, you are often asked to cite the reason.

On Facebook, you can block another user from seeing you or being seen by you, and even report such a user for harassment. If enough people report a piece of content, it is often taken down. On Twitter, for instance, accounts that spam, impersonate, abuse or harass can be "reported for spam". Often, Twitter users are seen requesting their followers to en masse report an account for spam and Twitter acts on it. All of these sites are particularly quick in removing pornographic content.

A post in Google's official blog on March 10 explained that while Google is committed to free speech, it does recognise its limits and regularly removes content. The post said, 'For products like Blogger, Orkut, Google+ and YouTube -- where we host the content -- we encourage users to express themselves freely, but we also want to ensure that people behave responsibly, so we set guidelines covering the use of our different services. For example, no hate speech, no copyright-infringing content, no death threats, no incitement to violence. And when we're notified about content that either violates those guidelines or breaks the law -- for example, we receive a court order -- we will remove it, or restrict it in the country where it's illegal. Earlier this year, for example, we removed a number of specific webpages from Google properties in Indiaafter a court ruled that they violated Indian law.'

Clearly, even Google is no heaven for libertarians who'd say no to any and every form of censorship. The debate on internet censorship in India is hinged on several straw men, the lack of "self-regulation" being one of them. We must question the bogey of self-regulation with the simple fact that self-regulation already exists on the internet. Which will lead us again to the question: if we have laws, direct hotlines, ISP-level blocking and even "self-regulation," why do we need new and addition rules and regulations?

The answer lies in the 2/3rd items Google did *not* remove, as it felt they did not violate Indian law or its own terms of service. There's a small, rare detail that the Google Transparency Report for January-June 2011 revealed: 'We received requests from different law enforcement agencies to remove a blog and YouTube videos that were critical of chief ministers and senior officials of different states. We did not comply with these requests.' That is what it is really about: political dissent.

It's a pity we can't know who these chief ministers and senior officials were and which YouTube videos they wanted removed. We can't really make Google tell us that. We did not elect the people who decide such policies at Google and neither do we pay Google for its services we use. We did elect our chief ministers, though, and we do pay taxes that give our bureaucrats and elected leaders salaries, and we do have the right to know thanks to a democratic Constitution. Is it too much to ask for?

On December 5, 2011, the New York Times' India Ink blog revealed that Communications Minister Kapil Sibal had summoned executives of internet companies including Facebook and Google to his office and asked them to remove some content and come up with an impossible system of "pre-screening" all content and not allowing what was 'unacceptable'. The only content the story revealed was a Facebook page that allegedly maligned Congress party president Sonia Gandhi, saying it was "unacceptable". He later denied he asked for "pre-screening" but then he also denies any intent of censorship.

A week later, Outlook magazine printed some of the pictures Sibal found offensive -- they were photoshopped caricatures of the Congress president and of Prime Minister Manmohan Singh that lampooned them for corruption. These images were widely used as large posters in the Anna Hazare-led Jan Lokpal movement. Sibal in his press conference the next day said it was all about religiously offensive content. Vinay Rai, who gave samples of such religiously offensive material to the Delhi high court, told me that he got some of his employees at the newspaper he runs to find such images online.

In April 2011 the communications ministry notified rules to the Information Technology (Amendment) Act of 2008, which provided a whole mechanism of internet censorship without involving the government at all. The rules encourages anyone to send a content removal notice to any "intermediary" (website, domain registrar, blog owner and so on) asking to remove content within 36 hours. You can do so for content you find derogatory or blasphemous but also if you find anything "disparaging" or "obscene".

An intermediary can choose not to comply, only at the risk of legal action. The complainant can file an FIR or approach the courts. The Centre for Internet and Society, Bengaluru, tested these rules. It sent such a notice to seven websites. Six of them complied rather than face legal action. Independent bloggers or big internet companies, nobody wants to waste time and money on litigation. In one case, CIS had asked for just a comment on an article to be removed. They removed the whole article and all the comments!

Such large-scale private censorship results in what are known as "chilling effects". It is these rules that Big Rock used to justify removing www.cartoonsagainstcorruption.com without notifying its owner, Aseem Trivedi in advance, leave alone giving him an opportunity to defend his content.

Nobody is arguing for a free-for-all internet space where Indian laws don't apply. All we are asking is for Indian law to prevail on the internet and grants us our constitutional right to free speech with "reasonable" restrictions. The current mechanisms of internet censorship in India -- blocking, direct removal requests to websites, intermediary rules -- are draconian and unconstitutional. They need to be replaced with a new set of rules that are fair, transparent and accessible for public scrutiny. They should not be amenable to misuse by the powers-that-be for their own private interests.

Shivam Vij is a journalist in Delhi 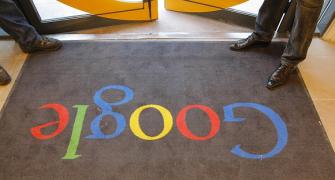 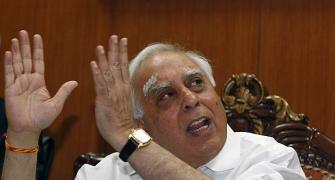 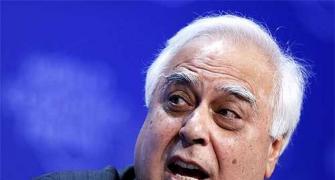 * Govt has no intention of interfering with social media: Sibal