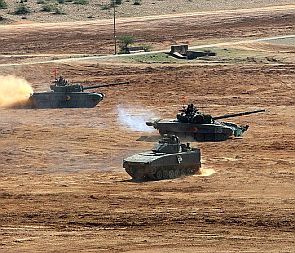 Indian defence diplomacy will have to play an increasingly important role as it tries to emerge as a credible strategic partner of the regional states. Neither India nor other regional states have incentive to define their relationship in opposition to China. Great power politics in the region have only just begun, says Harsh V Pant

Since President Obama’s inauguration in 2009, the United States has given considerable time and emphasis to Asia and to regional multilateral institutions. Under President George W Bush, the United States emphasised the strengthening of relations with existing allies in Asia, began moving toward a more flexible and sustainable troop presence in the region, concluded a free trade agreement with South Korea, brought the United States into the Trans-Pacific Partnership-FTA negotiations, and forged new partnerships with India and Vietnam. All of these steps have been furthered by the Obama administration. There are, however, a number of new aspects of the shift.

The most dramatic of these shifts lie in the military sphere. As part of a plan to expand the US presence in the south-western Pacific and make it more flexible, the Obama administration has announced new deployments or rotations of troops and equipment to Australia and Singapore.

US officials have also pledged that planned and future reductions in defence spending will not come at the expense of the Asia-Pacific (nor of the Middle East). Additionally, underlying the ‘pivot’ is a broader geographic vision of the Asia-Pacific region that includes the Indian Ocean and many of its coastal states. These shifts in American focus will undoubtedly have an influence on how existing and potential allies of the United States will create and use their own naval power.

The ‘pivot’ or ‘strategic re-balancing’ was articulated by the Obama administration in its first term is being operationalised his second term as Washington disengages from Afghanistan and tries to focus on the management of domestic economy. What keeps the discussion alive and kicking is the fact that in response to America’s policy shift, other regional players have also started to renegotiate the terms of their engagement in the region. India is no exception. Indian defence minister’s trip to Singapore, Australia, and Thailand in early June merely underscored how seriously New Delhi is having to respond to the rapidly evolving regional geo-strategic realities.

Indian defence diplomacy was in full swing in Singapore where the Indian defence minister signed a new pact to extend the use of training and exercise facilities in India by the Singapore army for five years. An agreement of this sort already exists for the Singaporean air force. This is a unique arrangement as Singapore is the only country to which India has offered such an arrangement reflecting the underlying comfort level that exist between the two nations.

In Thailand, A K Antony reaffirmed the success of the Indian prime minister’s visit to Bangkok recently. Thailand has expressed a keen interest in India’s defence sector and the Indian defence minister invited Thai teams to visit various defence production facilities in India. The two nations have decided to enhance cooperation in anti-piracy operations as well as decided to work towards ensuring safety of navigation in the Indian Ocean

Antony’s trip to Australia was the first trip to the country for any Indian defence minister and after ignoring defence cooperation with Canberra for years, New Delhi is recognising the need for a robust defence partnership. The two states have a shared interest in managing the Indo-Pacific commons, including the very important sea lanes of communication.

Closer maritime cooperation between New Delhi and Canberra is crucial in managing the growing turbulence in the Indian Ocean region. The geo-strategic environment in the Indo-Pacific has undergone a rapid transformation in recent years with the rapid rise of China.

Washington has been working to transform the US-Australian partnership from "an Asia-Pacific alliance to an Indo-Pacific alliance." Julia Gillard’s visit to India last year and her decision to sell uranium to India and elevation of ties with India to the highest priority for Australia, in the same league with as with the US, China and Indonesia, has made it possible or the two nations to envision a defence relationship that would not have been possible just a few years back.

During Antony’s visit, the two nations decided to step up military exchanges and pursue regular dialogue on maritime security. Joint naval exercise has been scheduled for 2015 with the two states underlining that maritime security and freedom of navigation in accordance with principles of international law is critical for the growth and prosperity of the Asia-Pacific and the Indian Ocean region.

India is gradually emerging as a serious player in the Asian strategic landscape as smaller states in the region reach out to it for trade, diplomacy and, potentially, as a key regional balancer.  The ‘Look East’ policy, initiated by one of the most visionary of India’s prime ministers, P V Narasimha Rao, is now the cornerstone of India’s engagement with the world’s most economically dynamic region.

States in South and South-east Asia also remain keen on a more pro-active Indian role in the region. India’s proximity to the region and its growing capabilities make it a natural partner of most states in East and Southeast Asia. At the broader regional level, India continues to make a strong case for its growing relevance in the East Asian regional security and economic architecture with greater urgency than ever before.

Indian defence diplomacy will have to play an increasingly important role as India tries to emerge as a credible strategic partner of the regional states. Neither India nor other regional states have incentive to define their relationship in opposition to China. But they are certainly interested in leveraging their ties with other states to gain benefits from China and bring a semblance of equality in their relationships. Great power politics in the region have only just begun. 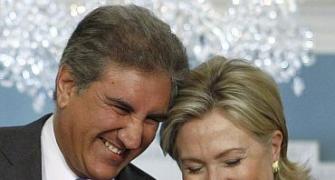 Will America ever get Pakistan right?

Can China and India get along? Very unlikely
Why India MUST take advantage of Australia 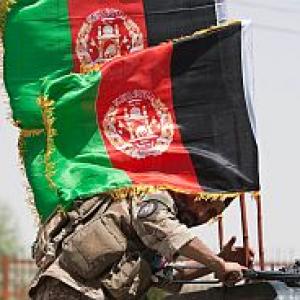