India only home for followers of dharma

It is mischievous to imply that the proposed bill to grant citizenship to persecuted Hindus, Sikhs, Jains and Buddhists from other nations implies that Muslims and Christians are not Indians, says Sanjeev Nayyar. 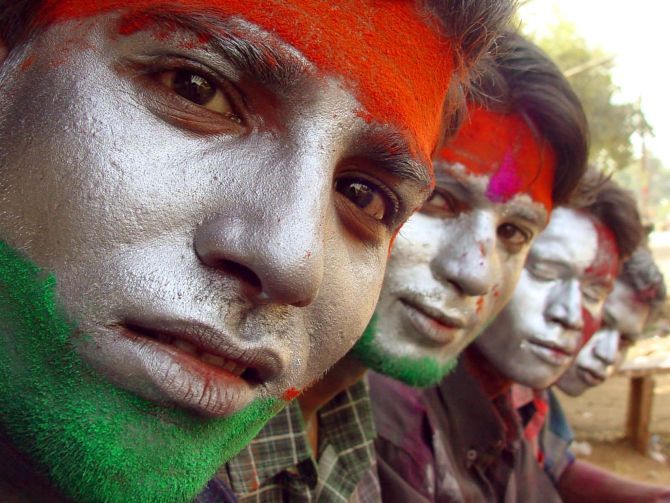 This article aims to make out a case as to why the Government of India must allow persecuted Hindus, Buddhists, Jains and Sikhs currently abroad to return to India, and is a rejoinder to Aakar Patel's column

'The government plans to introduce legislation that would make it easy for Hindus, Buddhists, Christians, Zoroastrians, Sikhs and Jains to migrate legally to India. What about Muslims? They seem to have been specifically left out of this formulation,' Aakar Patel asked in his column.

I believe the time has come to introduce such a legislation. Here is why:

India is the birthplace of dharma -- Sanatan, Baudh, Jaina and Sikh dharma, the nine schools of Indian darsana (philosophy) and home to Eastern spirituality.

For the 'Followers of Dharma' or FoD, India is where their rishis, munis and gurus lived and where their principal places of worship exist.

So when persecuted elsewhere, India is naturally the country they choose to return to. The large-scale migration of Sikhs after the violence that broke out after the Soviet invasion of Afghanistan in 1979, for instance, or the continuous migration of Hindus from Bangladesh.

There is no other country where they can take refuge. India is the only land for such people.

That is why Veer Savarkar defined as a Hindu 'one who regarded India from the Indus to the seas as his fatherland and holy land.'

Savarkar's definition included Sikhs, Buddhists and Jains. This thinking was confirmed post Independence when the 'Followers of Dharma' were covered by the Hindu Marriage Act.

Such a law as is being contemplated is required because the FoD in Pakistan and Bangladesh are persecuted. The population of followers of Indian-born religions in Pakistan (formerly West Pakistan; before that part of undivided Punjab) was 15.9 per cent in 1901, it went up to 19.7 per cent in 1941, came down to 1.6 per cent in 1951 and settled at a meagre 1.8 per cent in 1998.

Also, Islam and Christianity originated outside India. When their followers are persecuted, they can get asylum in the Muslim and Christian nations as we are seeing in Germany today.

It is because of their religion's foreign origins that a perusal of the remittances made under the Foreign Contribution Regulation Act shows foreign Christian organisations remitting billions of dollars to Indian ones, unlike FoD who receive money from the NRI populace. Ditto for Muslims.

Lastly, there is much violence in many parts of the Muslim world. This results in ordinary people fleeing to safer countries as we are witnessing today. The refugees would add to India's fiscal burden and create social tensions because of demographic changes.

Aakar Patel also made two interesting observations in his column.

One, How will the government introduce language into the laws which exclude those of a specific religion?

Two, he observed that Articles 14 and 15 of the Indian Constitution read: 'Equality before law: The State shall not deny to any person equality before the law or the equal protection of the laws within the territory of India. Prohibition of discrimination on grounds of religion, race, caste, sex or place of birth: The State shall not discriminate against any citizen on grounds only of religion, race, caste, sex, place of birth or any of them.'

There is nothing wrong in excluding those who belong to a specific religion. India was partitioned on religious lines in 1947. Those Muslims who wanted to live in Pakistan left India, a decision they voluntarily made. Just because some of them are being persecuted today does not give them the option of returning to India, a country their forefathers left for good.

With respect to Muslims from Bangladesh the situation is different. India is a victim of illegal Bangladeshi immigration, primarily Muslim, for years. The Assam agitation of the 1980s was in response to the demographic changes brought about by such migration. The situation has worsened since then with Bangladeshis now residing in virtually every part of India.

The honourable Supreme Court too had expressed concern on such illegal immigration in December 2014.

With respect to Aakar Patel's second observation, we have, since 1950, lived with a carefully nurtured myth that all Indians are 'Equal before Law' and religion is not the basis for any government decision. A few examples of inequality:

It would be mischievous to imply that the purpose of the proposed bill is to say that Muslims and Christians are not Indians.

Colonial concepts like secularism and minorities, both of which are not defined in the Constitution, have divided India for over 75 years.

Alternatively, the people of India can imbibe the meaning of Bharat, the Hindi name of our country, to break down man-made barriers so that 1.2 billion Indians see all others as equals.

Bharat means 'devoted to knowledge'. As originally understood, knowledge was about the inner self and its relationship with the external world.

In a contemporary sense, knowing our inner self-true nature helps you focus on things you excel at, realise one's potential and is a gateway to progress.

Sanjeev Nayar is an independent columnist and founder of www.esamskriti.com 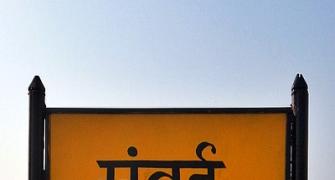