The new PM would be more than unwise to attempt steering away from India into an all-encompassing Chinese embrace that would ultimately swamp Bhutanese identity, says Brigadier S K Chatterji (retd). 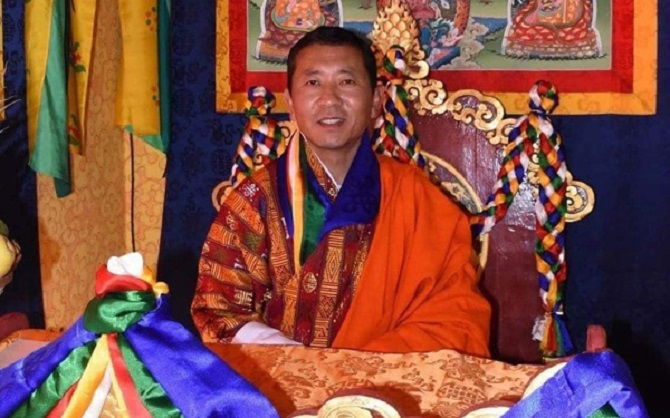 Bhutan's geographical location provides the Chinese one of the best avenues of ingress to India's worst vulnerability -- the Siliguri corridor.

The corridor links the Indian mainland through this narrow neck that tapers down to barely 27 km in width at a point, with its eight north eastern states; some of them often restive.

In October, 2018, the Bhutanese people gave a decisive vote to the left of centre Druk Nyamrup Tshogpa party in the final round of election to its national assembly.

Lest that be considered as an indicator of Bhutan turning away from India, its old umbilical connect, and lean the Chinese way, it would be prudent to delve into the election process and a few other relevant issues.

The Bhutanese election process is held over two rounds. Only the top two contesting parties in the preliminary round, are allowed to contest the final round. The ruling People's Democratic Party led by then prime minister Tshering Tobgay lost out in the preliminaries itself.

In the finals, the Druk Nyamrup Tshogpa party led by Dr Lotay Tshering, a surgeon, won an overwhelming 30 of the 47 seats contested. The Druk Phensum Tshogpa party won the balance 17 seats to sit on the Opposition benches.

The Druk Nyamrup Tshogpa's reputation of being Chinese leaning was visible only in the run-up to the preliminary round of the elections. With the mood in the streets, in fact embedded deep in the Bhutanese psyche, being anything but pro-Chinese, Dr Lotay Tshering avoided any reference to China, and focused more on promises of better healthcare for the Bhutanese during the final round of the election process. 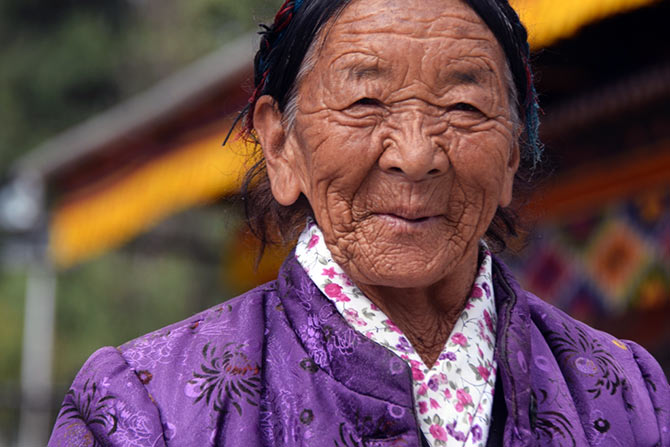 IMAGE: For centuries, the concept of 'happiness' has been central to the Indian and Himalayan culture. Photograph: Smiti and Claude Arpi

As a country, Bhiutan has tried to keep away from the race to rapid industrialisation. Its yardstick of progress is the Gross Happiness Index as opposed to GDP. It is a society that is happy with far lesser materialistic possessions; quite difficult to understand with a very competitive routine being intrinsic to our lifestyles.

Hence, a Chinese package of developing infrastructure and industry may not lure the Bhutanese to the tipping point.

Under the circumstances, a shift in foreign policy is hardly expected. The new PM would be more than unwise to attempt steering away from India into an all-encompassing Chinese embrace that would ultimately swamp the Bhutanese identity.

Notwithstanding the transition in Bhutan's national assembly post elections, the king of Bhutan remains a hugely revered institution that provides stability even as the political leadership changes with the elections.

Bhutan has a serious apprehension of becoming a pawn in an India-China brawl. The standoff at Doklam, in close proximity to the tri-junction between Bhutan, India and China, is an example.

At Doklam, the Chinese had advanced into Bhutanese territory. India sent in its troops to stop the Chinese from coming any closer to the Siliguri corridor. Chinese and Indian troops stood eye ball to eye ball for 79 days.

In between, the soldiers of the two nations jostled with each other providing an antithetical display of muted violence between two the nuclear armed aspiring Asian powers. 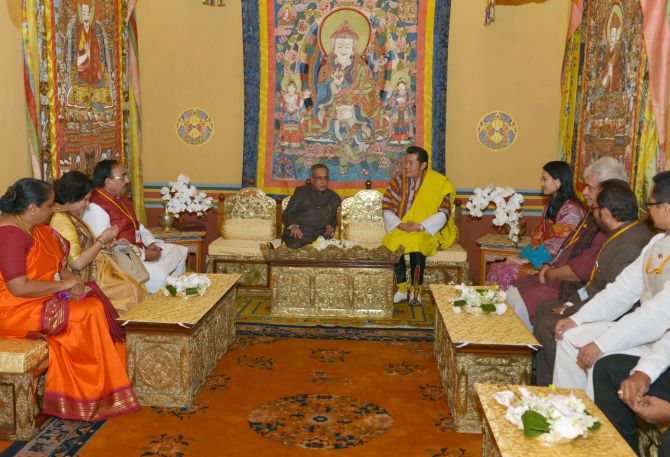 India will have to handle Bhutan with kid gloves. The first requirement, especially of smaller countries, is being given due respect as a sovereign State. India cannot be micromanaging in Bhutan.

Bhutanese affairs need to be managed by Bhutan. Such realism is already reflected in the agreement of 2007 between the two governments.

While the 1949 Friendship Treaty had a provision for Bhutan to be 'guided' by India in its foreign policy, the clause was dropped at Bhutan's insistence in the 2007 treaty. The new clause adopted states 'cooperate closely with each other on issues relating to their national interests'.

Bhutan's economy is closely linked to India. Electricity sold to India is already its biggest foreign exchange earner. However, debts owed to India account for the maximum repayments and the Bhutanese are anxious about it. 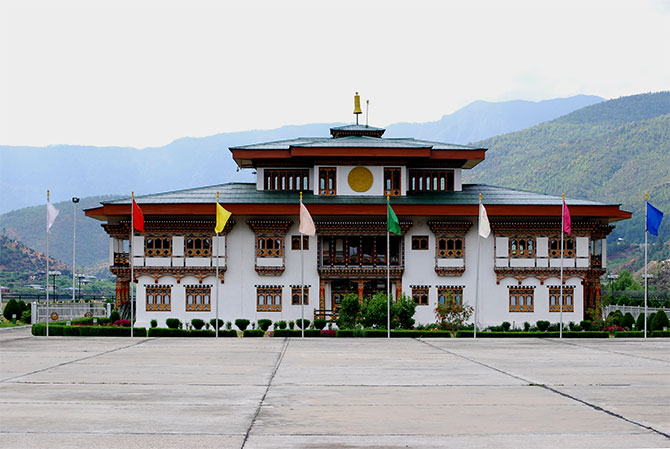 India needs to provide greater funding and grants to Bhutan while viewing it as a sovereign partner when it comes to foreign policy issues. It would be prudent for India to focus on Bhutan's development, especially in such areas as those that promise the maximum trickledown effect to the lower income strata of the Bhutanese populace.

Such areas include agriculture, tourism, entrepreneurship and micro finance, education and the prime minister incumbent's priority -- healthcare. Education and infrastructure development could also be priority areas. The trade imbalance also needs to be addressed.

Bhutan's faith in India needs to be strengthened. India will have to ensure that the Chinese influence does not gain traction in Bhutan, be it among the political leadership or the populace.