News
Business
Movies
Sports
Cricket
Get Ahead
Money Tips
Shopping
Sign in  |  Create a Rediffmail account
Rediff.com  » News » How we have become what we are

How we have become what we are 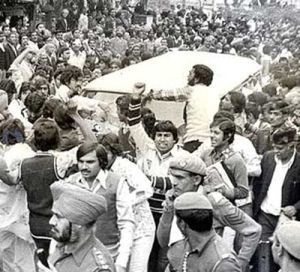 We need credible retellings of the times we have lived through, or the events in the immediate past that have shaped our today, says Mihir S Sharma

But the real histories of how we have become what we are - contemporary histories, in fact - are thin on the ground. We imagine somehow that they can be replaced by tell-all books of limited vision, such as Sanjaya Baru's or Vinod Rai's; or by that deadly and uniquely Delhi genre, the retired bureaucrat's ponderous memoir, in which every file noting they have glanced at since 1956 is unearthed and drearily defended.

But, in fact, we need to know more. We need credible retellings of the times we have lived through, or the events in the immediate past that have shaped our today. And this, truly, should be the province of journalists. Yet journalists have largely let the side down. In India, just as bureaucrats never really retire and are always angling for another commission or defending another decision of the distant past, journalists will never hang their sources out to dry even 40 years after the sources have died. Some journalists are still fighting the same political battles they have for decades, and their histories cannot be trusted; others write memoirs that are drier than those of bureaucrats, and in which anecdotes about the famous are considered fair replacement for genuine insight.

As an example of the latter, I picked up in Bengaluru's delightful Blossoms second-hand book shop a copy of Prem Bhatia's ‘All My Yesterdays’, which is full of delightful stories. (My favourite: at a press conference where Bhatia asked Nehru for a reaction to the common accusation in the media that the prime minster was "indecisive", Nehru replied immediately: "I leave decision-making to newspaper editors." One wishes Manmohan Singh had had the chance to quote his predecessor.) As for the former, there is Tavleen Singh's ‘Durbar’, which purports to be a history of the 1980s, but is actually a detailed history of how she fell out with Sonia Gandhi. (Or, more properly, vice versa.)

For some reason, this sad state of affairs appears to be changing. One recent sign was the release of Vir Sanghvi's ‘Mandate’, which attempts to tell younger Indians about the complex political past of the country they're inheriting. It is, I'd say, an excellent user's manual for Indian democracy, telling the voters of tomorrow what has and hasn't worked. In just over 100 pages, Sanghvi does a wonderful job of making recent history both relevant and readable for younger Indians.

While Sanghvi's book fills a much-needed hole in the market, it isn't quite what I mean when I talk about a contemporary history from a journalist. I would like to hear about the times that my older colleagues have lived through -- something that authoritatively quotes correspondence and interviews, so it can have some academic standing, but has both a political and a personal edge of the sort a journalist can provide. A political edge because a working journalist knows how to select the facts that make contemporary history contemporary; and a personal edge because, well, which journalist doesn't think they're at the centre of events?

This is why I am delighted with Coomi Kapoor's ‘The Emergency: A Personal History’. Full disclosure: I, like 95 per cent of Delhi, know and like Kapoor. She was a (very senior) colleague of mine at The Indian Express. But this isn't a review; this is just an appreciation of what Kapoor's book implies. It appears to me to be both carefully researched and delightfully readable. It is certainly personal, as the title implies -- Kapoor's husband was detained during the Emergency, she herself worked at the Express while Ram Nath Goenka struggled to preserve its independence, and her brother-in-law Subramanian Swamy was one of the most daring heroes of the underground opposition.

The chapter on Dr Swamy's exploits brims over with wonderful detail: that he insisted on using his Member-of-Parliament card for free travel, for example, and that the young pracharak who used to receive Dr Swamy up at Ahmedabad station was a certain Narendra Modi. It also reveals the inefficiency of the oppressive state's machinery: Dr Swamy insisted on using his MP card for free travel, even while the Intelligence Bureau struggled to trace his movements. And on one occasion the IB raided his residence with instructions to take away everything that had numbers on it. They took all day, since Dr Swamy taught economics and his wife was a mathematics graduate student.

Kapoor is punctilious: her story has villains -- the boorish Sanjay, the Machiavellian S S Ray -- but few real heroes, just ordinary people in extraordinary circumstances. She reveals her own reaction to Dr Swamy's heroics: she yelled that it was "a thoroughly foolhardy show of bravado". She quotes her husband, the journalist Virendra Kapoor, on how he brooded over whether he would be able to withstand torture. This, and much else, gives this book a personal edge of exactly the sort I wanted.

As for the politics: it is dispiriting to read how Indira Gandhi and her many supporters thought she was doing the right thing; how some in the Opposition, such as Biju Patnaik, sought compromise; how otherwise great souls like Acharya Vinoba Bhave rolled over and let her suspend the liberties that the founding generation had fought for. Above all, it is dispiriting to read about the perfectly legal methods -- restrictive black money laws, controls on non-governmental organisations and the media -- through which the government acted.

Among the photos in this book is one of a young and striking-looking Arun Jaitley in jail. Today, Jaitley's ministry is re-introducing some of the draconian tax laws that were among Indira Gandhi's primary weapons against dissenters. The point of contemporary history is to help us learn. Perhaps we just don't want to.

Image: A scene during the emergency Photographs: Rediff archives 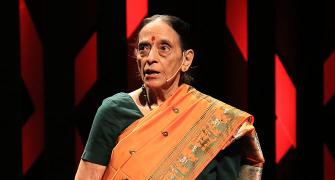 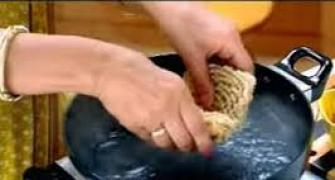 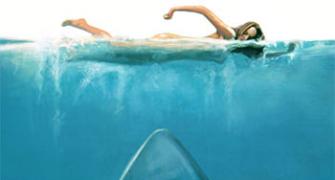 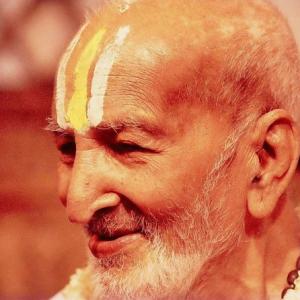