How the world perceives nuclear liability

In this third and concluding part of an ongoing series, Manoj Kumar and Lydia Powell, in an Oriental Research Foundation study, highlight some national nuclear liability frameworks.

Read Part 1: Why a nuclear liability bill is essential

Read Part 2: The loopholes in the Nuclear Liability Bill

The United States of America, which pioneered the concept of nuclear liability, has shied away from being a party to any international nuclear liability convention; yet it has had the world's first comprehensive nuclear liability law since 1957 -- the Price Anderson Act which is central to addressing the question of liability for any nuclear accident.

It currently provides $10 billion as cover without cost to the public or government and without fault needing to be proven. It covers power reactors, research reactors, and all other nuclear facilities.

In the United Kingdom, the Energy Act 1983 brought legislation into line with earlier revisions to the Paris/Brussels Conventions and set a new limit of liability for particular installations.

In 1994 this limit was increased to £140 million for each major installation, so that the operator would be liable for claims up to this amount and needed to insure accordingly.

Germany has unlimited operator liability and requires 2.5 billion security which must be provided by the operator for each plant. This security is partly covered by insurance, up to 256 million.

Switzerland (which has signed but not yet ratified the international conventions) requires operators to insure to 600 million. It is proposed to increase this to 1.1 billion and ratify the Paris and Brussels conventions.

Finland has ratified the 2004 Joint Protocol relating to the Paris and Vienna conventions and in anticipation of this coming into force has a Nuclear Liability Act, 1972 amended in 2005 which requires operators to take at least  700 million insurance cover.

Sweden has also ratified the 2004 Joint Protocol relating to Paris and Vienna conventions. The country's Nuclear Liability Act requires operators to be insured for at least SEK 3300 million (EUR 345 million), beyond which the state will cover up to SEK 6 billion per incident.

The Czech Republic is moving towards ratifying the amendment to the Vienna Convention and in 2009 increased the mandatory minimum insurance cover required for each reactor to CZK 8 billion ( 296 million).

In Canada the Nuclear Liability and Compensation Act, 1976 is also in line with international conventions and establishes the licensee's absolute and exclusive liability for third party damage.

The limit of C$75 million per power plant set in 1976 as the insurance cover required for individual licensees was increased to $650 million in the act's 2008 revision, though this has not yet been passed.

Contract for Liability Insurance for Nuclear Damage, confirm to the international conventions and are revised about every ten years.

Russia is party to the Vienna convention since 2005 and has a domestic nuclear insurance pool comprising 23 insurance companies covering liability of some $350 million.

Ukraine is a party to the Vienna convention since 1996 and also became signatory Joint Protocol and the CSC; and domestic liability law of 1995 has accordingly been revised. Operator liability is capped at 150 million SDRs (180 million).

This Observer Research Foundation brief has been prepared by eminent lawyer and corporate counsel Manoj Kumar and energy sector expert and senior fellow at the ORF, Lydia Powell 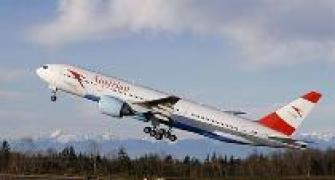 Why a nuclear liability bill is essential

The loopholes in the Nuclear Liability Bill