News
Business
Movies
Sports
Cricket
Get Ahead
Money Tips
Shopping
Sign in  |  Create a Rediffmail account
Rediff.com  » News » How delimitation will affect the election in Gujarat

Since then the nature of constituencies has changed beyond imagination. So the last delimitation commission did not increase or decrease seats, but it has redrawn boundaries of seats.

As a result of the population changes in the last 40 years the following changes have been made:

The questions often asked are: What will be the impact of this delimitation? Will it benefit the Bharatiya Janata Party or the Congress?

What will happen to the Muslim-dominated, SC and ST-dominated seats? As such it is impossible to measure the likely impact of all 182 seats. That would call for a full research project. But we can take some representative examples.

Let us take few examples. The glaring example is Khadia constituency in the heart of Ahmedabad. A BJP bastion since long, having hardly any Muslim voters, the redrawn Khadia has become now a Muslim-dominated seat as over 1 lakh voters (around 50 percent) are now Muslims. The BJP has become weak here.

Visavadar seat in Junagadh district has been reconstituted and more Patidar votes from villages have been added to Visavadar, making it safer for Keshubhai Patel's Gujarat Parivartan Party.

The Kalavad seat from where R C Faladu, the Gujarat BJP president, used to get elected has been converted into a reserved seat. Faladu had to change his constituency and it will be difficult for him to approach a new set of people in Jamnagar-rural constituency.

The BJP wants an erstwhile civil servant R M Patel to fight from the Asarava seat. There is a revolt from within the party against Patel. In the same way, Congress SC MLA Shailesh Paramar has been shifted to Dani Limada, and Congress vice president Girish Paramar has revolted.

The redrawn constituencies have also made many veterans of all the parties revolt and in some cases leaders have been caught unaware. Every redesigned constituency has left many old hands dissatisfied.

In Bhavnagar district, the Ghogha seat was general from where BJP strongman Purushottam Solanki used to get elected. Now Ghogha has become a reserved seat and Solanki had to be shifted to Bhavnagar West, where he is pitted against Shaktisinh Gohil. This constituency has less Koli votes and Solanki is a Koli. The Kshatriya votes are more and Shaktisinh is a Kshatriya leader.

If we take an over all stock of the redrawn map, one comes to a tentative conclusion that the delimitation has strategically changed the social composition of at least 60 seats. Some 40 old seats have been abolished and an equal number of new seats have emerged. Some veterans who had been nurturing their constituencies since long have been caught off guard. Narendra Modi's Maninagar seat has remained unaffected. Arjun Modhawadia's Porbandar seat has remained unaffected. Vajubhai Vala (senior most minister) is not affected by this change. Siddharth Patel, son of late Chimanbhai Patel, is not affected as his Dabhoi constituency has not been redrawn beyond proportion.

Now all parties have named candidates for 87 seats for the first round of voting. There is revolt in all parties, including the Nationalist Congress Party. It seems some of the candidates have not yet been fully grasped the change. Their old calculations have gone haywire.

Overall picture indicates that the BJP is more prepared, organisationally, to take advantage of delimitation. Congress infighting has increased as a result of this delimitation. But the changed nature of constituencies is likely to benefit BJP more in central Gujarat. While Keshubhai Patel will spoil the BJP's game in Saurashtra. 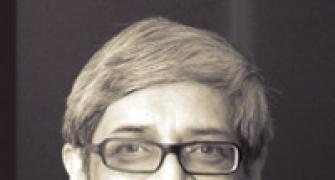 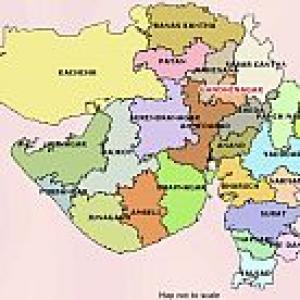 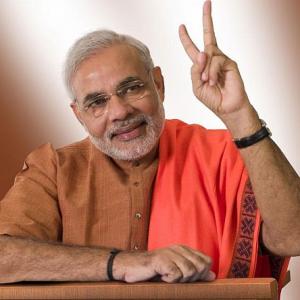