Now if only Manmohan Singh showed such acumen in dealing with other crises his government is facing, says Shivam Vij.

Dr Manmohan Singh is the longest serving Indian prime minister since Jawaharlal Nehru, but history will perhaps note more pertinently that he was the most discredited and unpopular prime minister since Chandra Shekhar Singh, who was in office for a mere eight months. So spectacularly disastrous has his second term in power been that the speed of political crises he battles is now more than one a week. Few will be able to count a single achievement of UPA-2.

And yet there is one achievement, and that is his handling of Pakistan.

The Indian home secretary was returning from a very positive visit to Pakistan when 26/11 happened. The 2008 terrorist attacks in Mumbai shocked not just India but the world. They were not like the bomb blasts we have become accustomed to; their impact was much more than 166 lives. They held India's commercial capital hostage. They were an act of war and few even in Pakistan pretend that those attacks did not originate from Pakistani soil, across the Arabian Sea. Few in India buy the theory that state actors in Pakistan were not involved.

General elections were six months away, and the Bharatiya Janata Party instantly made national security an election issue. Here we were, unwilling to hang Afzal Guru, and now there was another attack. The BJP, though, was responsible enough not to call for war. However, it was the media that was goading for war. So much so that the liberal magazine Outlook had to ask on its cover, "Is war the only solution?"

Manmohan Singh did not go to war -- it's another matter that he couldn't have, given American pressure and the A B Vajpayee government's gift of nuclear warheads that took away India's conventional war superiority over Pakistan. But public sentiment was of anger. It seems that the public was satisfied with the removal of the sartorially obsessed home minister, Shivraj Patil, because it voted Manmohan Singh back into power with better numbers.

The electorate seemed to worry more about the basics, allegedly showing a thumbs-up to the Congress for such things as the rural employment guarantee law. The Congress did not hope to improve its tally, and the unexpected boost went to its head. It thus has behaved arrogantly, insulting the people's intelligence. Perhaps voters did not buy into the BJP's cynical effort to exploit a serious act of aggression from Pakistan for votes.

Whatever the reasons may be, the electorate did give Dr Singh a free hand in dealing with Pakistan.

The attacks were taking place when President Asif Ali Zardari was asserting himself against the Pakistani Army, going to the extent of saying that he was ready to declare no-first-use for nuclear weapons. Zardari had also attempted to bring the Inter Services Intelligence under civilian control. With 26/11, Rawalpindi seems to have showed him who was boss.

In February 2009 Pakistan virtually admitted the attacks had taken place from its soil and launched an investigation. The court case has since then remained a farce -- hearings get adjourned for weeks for some reason or another, prime accused Zaki ur Rehman Lakhvi is living a good life in jail, where he has fathered a child, and Jamat ud Dawa's Hafiz Saeed has become a rather mainstream character in the Pakistani extreme right.

But without any action from Pakistan on 26/11 or for that matter on a litany of terrorism-related complaints India has of Pakistan, it may seem surprising that India started full-scale talks with Pakistan in February 2010. The Pakistani side has insisted that talks should be uninterruptible, because preventing them is exactly what terrorists and their minders want to achieve.

But this time Manmohan Singh played the cards really well, making sure that talks were resumed not just for the sake of pretending that we're talking, but to achieve something. The central focus of this strategy seems to have been shaping Pakistani public opinion in favour of India -- increased trade and an easier visa regime are part of this strategy.

You could say it's a strategy of appeasement, but it is not an appeasement born out of being bullied. Changing Pakistani public opinion about India, as against all the indoctrination, history and hatred, is important because Pakistani public opinion matters even for the Pakistani military establishment. As Ajai Shukla recently wrote in Business Standard, "Now the structural trends in Pakistan raise the interesting possibility that the army's opinions may increasingly have to parallel, not shape, the public's."

The romantic figures of what Indo-Pak trade can achieve may be highly exaggerated, and needling issues have meant that Pakistan hasn't yet granted MFN status to India and it may have to wait until after the forthcoming general elections in Pakistan. Yet what is key here is that the Pakistani government has been able to push trade ties with India despite vocal right-wing opposition to them. Just as there is opposition in India to improving ties with Pakistan because of terrorism, Pakistani opposition to peace talks comes from India's intransigence on Kashmir. A liberalised visa regime that lets more people visit each other will go a long way in challenging the demonisation of the other.

A number of high-level exchanges have included a trip by President Zardari to the Khwaja Moinuddin Chishti dargah in Ajmer, as part of which Manmohan Singh had lunch with the Pakistani President in Delhi. Pakistan was keen that the Indian Prime Minister similarly visit Pakistan this winter.

The Indian prime minister has done the right thing by choosing not to do so. While Indian public opinion, which includes the media and the opposition parties, has so far supported the post-26/11peace process, a visit by the prime minister would by its very nature be so high-profile as to raise the question: why are we being nice to Pakistan when they can't even punish the planners of 26/11? Given Dr Singh's government's unimaginably low credibility, taking such a risk could have the potential of taking down the peace process with it.

It is therefore much smarter and much more fruitful to keep the peace process low-key and result-oriented, rather than inducing premier-level bonhomie that has so often been followed by a downfall in the peace process. The signing of the new visa regime after initial reluctance and the progress in trade has been seen in Pakistan as a positive sign that there is limited agreement between the civilian and military sides in Pakistan on peace with India. This balance within Pakistan is important for India to make meaningful progress.

It is therefore much more useful that Pakistan has responded to Dr Singh's refusal to take a flight to Islamabad has not meant a halt in the peace process. The task of bonhomie at the political level has been better achieved by the visits to Pakistan of Punjab deputy chief minister Sukhbir Singh Badal and Bihar chief minister Nitish Kumar. Before the forthcoming India visit of President Zardari's advisor on interior affairs Rehman Malik, Pakistani investigative agencies have told the 26/11 court that the LeT was indeed involved in training the 26/11 terrorists.

The Pakistanis often feel that when India talks peace it is not serious about what is for them a core issue -- Kashmir. While Dr Singh has in the past shown India's seriousness on the Kashmir issue by the back-channel negotiations with General Pervez Musharraf that actually came up with a plan, it is a step in the right direction that India is showing its intent to address the Kashmir dispute by letting the Hurriyat leaders travel to Pakistan.

It is such small things that can build up a sustainable peace process -- high profile visits with media tamashas and joint statements only serve to undermine it.

Now if only Manmohan Singh showed such acumen in dealing with other crises his government is facing! 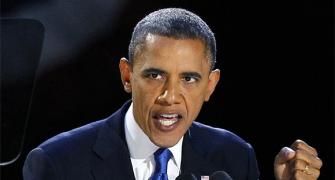 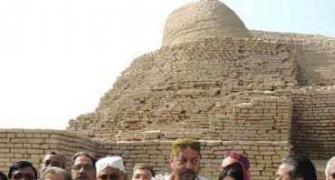 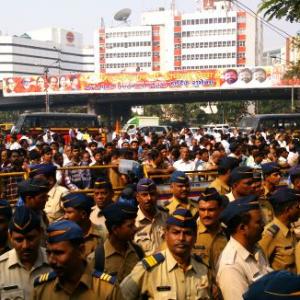