Ambassador T P Sreenivasan remembers Daniel Babu Paul, a most unusual civil servant who passed into the ages on Friday. 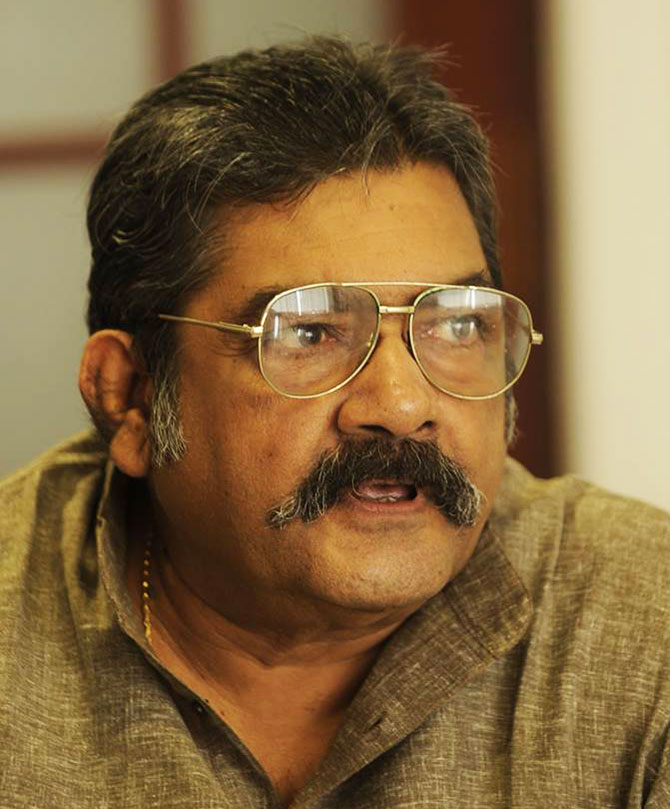 Kerala is reeling under the shock of the unexpected and sudden demise of Dr Babu Paul. It is a huge personal loss for me.

Babu Paul strode the bureaucratic scholarly, literary and cultural and moral scene of Kerala like a colossus and there was no one to equal or excel him.

He was the last word not only on the Bible, but also on all the holy books of all religions. God was his guide in all matters including life and death.

He once told me that he felt safe during his travels as he trusted that the drivers and pilots were the agents of God.

As for death, he said that according to his belief, the world after death would be more attractive.

Even if death meant the end of everything, he would not complain either. He prepared himself for death several years ago by keeping a coffin ready for him and detailing what should happen at his funeral such as the people who should chant the scriptures. He is reported to have also recorded a message to be played at the funeral.

He had become the conscience of Kerala and the arbiter of Kerala's interests.

As an orator, very few like Sukumar Azhikode could match Babu Paul. While Azhikode played around with words and ideas, Babu Paul was erudite, deep and humorous.

As a political and social commentator, he was matchless. He criticised political leaders of all hues, but he had no enemies in any party.

Most recently, he extended support to Kummanom Rajasekharan because of his conviction that India needed Narendra Damodardas Modi's leadership for five more years.

When Babu Paul took such a position, other political parties did not attack him. Such was his credibility.

Babu Paul was a prolific and excellent writer mostly in Malayalam, but also proficient in English. He was never dogmatic about religion and politics and so his views were always respected. His speeches, writings and conversations are a gold mine of quotable quotes on any occasion.

Babu Paul recently expressed satisfaction over his autobiography having had 8 reprints so far. The popularity of the book springs from its objectivity and accuracy of details of the various issues he dealt with in his long career beginning as a junior engineer and ending as the ombudsman.

It remains the height of irony that this bureaucrat of bureaucrats did not become the chief secretary of the state or did not occupy high positions at the Centre. This did not detract from the major contribution he has made as a master administrator.

Babu Paul will be remembered differently by different people. His biggest contribution may well be his monumental work on the Bible for which he spent a decade of his life. He undertook this and other tasks as ordained by God.

He accepted success and defeat as God's will and so remained unaffected by bouquets and brickbats. He was also indebted to his father for the guidance he received.

Kerala without Babu Paul is poorer as it will not have the benefit of his advice, warnings and guidance. Civil service aspirants will miss a great mentor and well wisher.

Kerala is orphaned by his demise.

The foreign service has lost its Bhishma pitamaha

Tribute: The guru of strategic writing in India