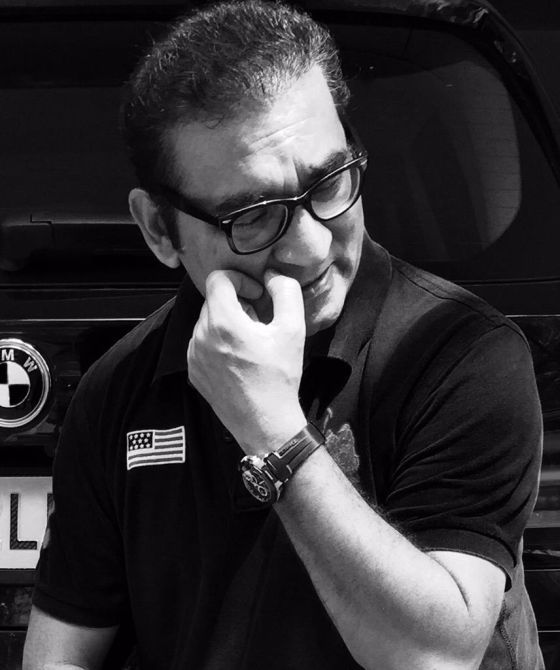 Last year when television actress Pratyusha Banerjee committed suicide under mysterious circumstances, actress and wannabe politician Rakhi Sawant announced that she would disclose some 'secret and important information' that would 'expose the reality behind her death'.

The stage was set, journalists were waiting for the 'expose', when Rakhi arrived with a ceiling fan. She said the reason behind Pratyusha's suicide was the ceiling fan from which she hanged herself.

'This is the reason behind suicides of our sisters, daughters and daughters-in-law. I would request Modiji to ban these ceiling fans,'Rakhi said.

The journalists waiting for a 'revelation' were taken for a ride. Furious, some of them asked Rakhi if her next demand would be a ban on kitchen knives.

Rakhi stood her ground, was chided and made fun of on national television for half-a-day.

But she got what she wanted, a fair amount of media coverage; even if it came by virtually mocking an unfortunate suicide.

On the other hand, the Class 10 girls of Rewari in Haryana who went on a hunger strike to get their school upgraded remained undiscovered by television cameras until the state government responded to their request.

We may make fun of the Rakhi Sawants out there, but we can't deny that whenever they do something crazy like this, the television cameras move towards them.

And this happens because we like to watch this craziness and then criticise or joke about it.

How else can television channels showing 'aliens stealing goats from earth' or 'Om Puri's ghost in Pakistan' get the highest TRP ratings?

After he started making controversial statements on social media, the news television channels started inviting him for their heated panel discussions.

To be fair, Abhijeet has every right to express his opinions on social media, however bigoted or extreme they might be.

But why should a news channel invite him to a 'debate' on Pakistan?

What insight can he give into India-Pakistan relations apart from making provocative statements and giving the channel much-needed ratings?

In that pursuit, such people also get what they want -- constant media coverage. And the consumer becomes the only loser.

That people watch such programmes not only on television, but also on the Internet is evident from their high YouTube views.

An Indian like me doesn't know if Abhijeet, Rakhi Sawant or other such people actually like what they portray themselves as on social platforms.

It is possible that while acting or defending a particular point of view in public for so long, they actually start believing in it.

One thing is clear -- they become the darlings of rating-hungry television channels only because people watch them.

Many of us often grumble that television news channels dosn't show what needs to be shown and that channels love creating these controversies, why else would someone insert a mic into Ajay Devgan's mouth to get his views on demonetisation?

Channels, on the other hand, claim they show what people like to watch.

But it is not a chicken and egg situation. The day the ratings of these channels showing 'aliens stealing goats from earth' start falling, they will scramble to change their content.

Therefore, the responsibility rests on us: The consumer. That we don't tune into channels which take a Twitter fight to their studios no matter how 'nationalistic' the anchor of the show claims s/he is.

Channels rationalise their content by their perspective of 'what people like to watch.' To change that perspective is completely in our hands.

And be certain that once this perspective changes for the better, no more Abhijeets or Rakhi Sawants will be seen behaving in this manner. 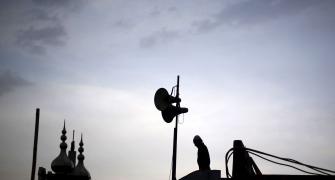