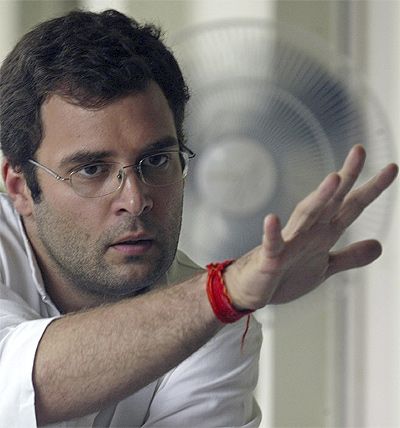 Even in this season of political-peeing-on-lampposts, Rahul Gandhi’s statement takes the cake (with due apologies to another astute observer of poverty, the much late Marie Antoinette).

Poverty is just a state of mind. It does not mean the scarcity of food, money or material things. If one possesses self-confidence, then one can overcome poverty.’

These glorious words were uttered, as per the Press Trust of India, by Rahul Gandhi. The Congress’s prince in waiting was participating in a discourse in Allahabad on 'Culture, Deepening Democracy and Most Marginalised Communities', organised by social scientist Badri Narayan.

Maybe the same brief -- that poverty is just a state of mind -- was given to the Planning Commission too? Only that can explain the poverty line being drawn at Rs 32.26 a person a day in the cities and Rs 26.32 in the villages.

Planning Commission member Mihir Shah, in an op-ed piece in The Hindu, argued that the poverty line is just jargon: 'All that is being done is to provide an estimate… that allows one to compare the number of people below a certain consumption level (aka poverty line) in 1993-94, 2004-05 and 2011-12. Nothing more, nothing less,' he wrote.

But no one in their right state of mind -- except Raj 'Rs-12-a-meal' Babbar and his ilk – can disagree that the poverty line seems drawn in only one state of mind: To inflate the Congress-led United Progressive Alliance government’s poverty-alleviation figures.

This is election season so silly statements, we mango Indians understand, are par for the course. Narendra Modi tweets 'intolerance' when Congress goons shut down a Mumbai eatery that made fun of the UPA government in its printed receipts, conveniently ignoring that a satirical Web site mocking him, www.narendramodiplans.com, had to shut down within a day of it going viral (it is now back up, with a disclaimer that a different bunch of people have taken it over).

But even in this season of political-peeing-on-lampposts, Rahul Gandhi’s statement takes the cake (with due apologies to another astute observer of poverty, the much late Marie Antoinette).

Do India’s poor need psychiatric help? Or does Rahul Gandhi?

'My one and only political aim,' Gandhi added at the same Allahabad event, 'is that I want to tune my ears to the voice of the poor and the marginalised.'

Well, here’s a tuning key then, Mr Gandhi; ignore the meal costs being dished out by your sycophants, and read (external link) this blog by journalist-turned-counsellor Vijay Simha.

Simha, a fine journalist -- rendered a pauper by a crippling addiction -- who spent nine months on the streets of Delhi, lists what poverty does: Erosion of self-esteem and ambition, destruction of childhoods and families, living in a state of denial and sloth, and so on. This to a highly educated, aware person.

Imagine what it does to the village labourer who leaves his life behind to be part of the glitzy urban India, only to find that he is unwelcome in his own country.

The Congress’s spin maestros are screaming from desktops -- somebody give them a chance in the Australian cricket team, please, since Dhoni’s boys are doing okay at the moment -- that Rahul Gandhi’s remarks have been taken out of context. That he was speaking of self-help groups' role in bettering lives.

Rahul Gandhi is fond of peppering his speeches, Barack Obama style, with anecdotal evidence. Well here are two for him (Gandhi, that is, not Obama).

In India’s financial capital Mumbai, a woman set up a food stall in front of an office building. She was shooed away by the cops. Next day, she got a canopy umbrella bearing the name of a local strongman legislator. She did business happily ever after.

In the same city, a taxi driver was diagnosed with kidney stones. He could not possibly afford the surgery, so he went to a ‘Paththari Baba’ in Baroda, who claims to extract kidney stones with his bare hands.

So, Mr Gandhi, when even the most basic form of enterprise depends on bribing the police and/or protection from the ruling class, when basic health care is unaffordable even for the lower middle class -- who knows, Planning Commission jargon might even classify a cabbie as 'rich' -- what good is your self-confidence?

The economists Amartya Sen and Jagdish Bhagwati may be squabbling over how best to develop India, but even they agree on something -- that India's development record is abysmal. That the India Shining story is still as much a lie as when Rahul Gandhi’s party reaped the benefits of that slogan in 2004.

What has your government done, Rahul Gandhi?

Established an Aadhar card for billions of rupees that is already being misused?

Enacted a rural employment guarantee law that is already being used as a tool to siphon off money meant for the poor?

Self-confidence can do wonders. Like the tribal girls who fought all odds to come up third in the Gasteiz Cup football tournament in Spain.

But that is when there is a level playing field. And that is what India’s poor need, Mr Gandhi -- a level playing field where enterprise and hard work is rewarded; where development means more than malls in a handful of cities; where worse-than sub-Saharan-malnutrition does not coexist with beyond-first-world lifestyles.

What they don’t need is psychiatric help. Or your patronising attitude. 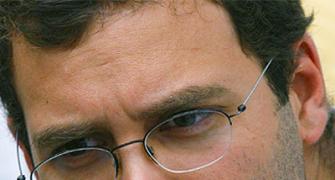 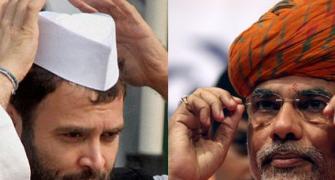 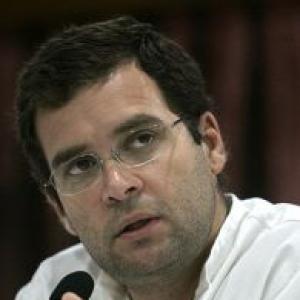 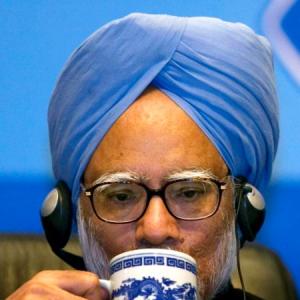