News
Business
Movies
Sports
Cricket
Get Ahead
Money Tips
Shopping
Sign in  |  Create a Rediffmail account
Rediff.com  » News » Dear Indians, can we get rid of the superiority complex?

Dear Indians, can we get rid of the superiority complex? Maybe, we Indians as a people could do with a bit of two other qualities we love to tout as Indian — humility, and introspection.

Nina Davuluri winning Miss America got a lot of already twisted knickers into even more of a tourniquet.

The racist rants against her on Twitter made headlines, and many of us Indians — the only demographic in the country that apparently matters, the Indian with enough bandwidth to be on real-time social media — were appalled that Dr Martin Luther King Jr's dream was still a distant mirage.

Damn these Yankees, we declared. They're a racist lot.

We of course are a country where Fair and Lovely is like Colgate, and where 'wheatish complexion' is a prominent qualifier in matrimonial advertisements.

On Facebook the other day, a viral meme did the rounds that showed the same Davuluri photograph as published on an American Web site and an Indian newspaper. The Telugu-American desi seemed to have been Photoshopped to be fairer in the Indian publication.

Then, of course, an American woman winning Miss India would probably have caused a few political parties to call for outlawing of beauty pageants, and god forbid if any of her ancestors had been near Pakistan.

In his New York Times op-ed advising the United States against another military adventure in Syria, Russian President Vladimir Putin wrote something that best applies to us Indians: There is a danger if the people of any country believe they are exceptional.

Perhaps few countrymen think they are god's gift to mankind more than us Indians. Yes, along with other great civilisations we have given the world a lot in the course of history. But right now our contribution to the richness of human civilisation is closer to zero.

India as a country — ironically, there's a lot of individual accomplishment, including in the Indian Diaspora — is propounding no new great thought, art or concept anymore.

We are just the unruly mob at the international airport: Arrogant, unruly and reeking of a superiority complex that we didn’t pick up at the duty free shops.

By United States government estimates, white people will become a minority in America by 2043. Imagine if the majority were in visible danger of becoming minority in India.

Scientists believe that within a couple of centuries, most of the world will look Brazilian — because that is where the maximum human intermingling has happened.

Meanwhile, we Indians even shudder at the thought of certain communities proliferating within our own country.

Even in the 21st century, an Indian-American parent can 'deny permission' to a daughter to marry a black guy.

Ironically, the thought that the world is one family comes from our glorious culture, rendered rather inglorious by us with our rampant ignorance, intolerance and inflamed, uninformed opinion.

It is perhaps time we as a country stop living in the past. Because the future is staring us in the face.

We Indians live in a country where one of our topmost legal eagles accuses a 15-year-old girl of being inflicted with an 'illness that draws her to men'.

And we believe we need a dictator to cure us of our own illnesses. We have conveniently forgotten, again, that history reaches us there are no good dictators.

We love to wear our pride on our screens, and pointing at any Indian Army wrong is immediately seen as unpatriotic. We forget that we have in our immediate neighbourhood a glaring example of what happens when the military is given more importance than common people.

We complain of the West’s racial profiling when in the toniest part of 'India’s most cosmopolitan city', a leading pizza chain had to shut shop because the residents of the colony would store human excreta in buckets and pour it on the delivery boys when they started out. Reason: The store sold non-vegetarian food, the residents are strict vegetarians.

We rejoice at death for rapist-murderers, but turn a blind eye when the victim is an 'alleged militant' like Manorama Devi of Manipur, whose kin have not got justice for about a decade now.

We have let a woman of Italian origin rule us through a clever divide of administrative power centres, but far too many of us have not accepted her Indianness. We have every right to reject her politics and her corrupt government, but shouldn't her living most of her life here make her Indian enough?

As Mithun Chakraborty declared hilariously in Golmaal 3, those who live in glass houses should change clothes in the basement. Maybe we Indians need to internalise that.

And don't take umbrage at Bollywood being synonymous with India — it's we who have made it our culture. It's we who listen to and watch nothing but Bollywood (check sales figures if you disagree). It’s we who flock to the movies — item number and all — with our children.

So, maybe, we Indians as a people could do with a bit of two other qualities we love to tout as Indian — humility, and introspection. 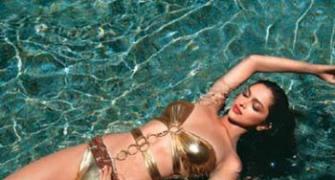 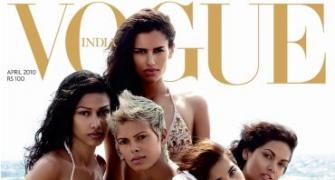 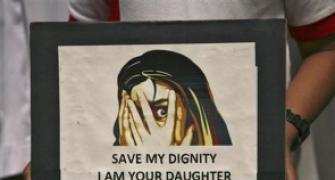 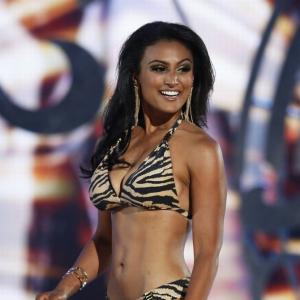 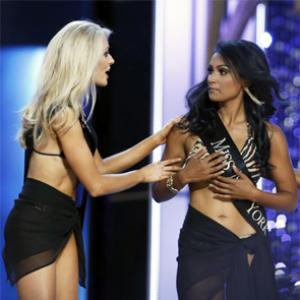