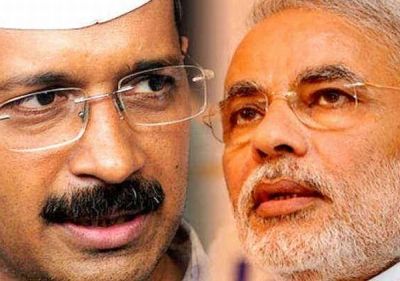 The Bharatiya Janata Party's forward march has slowed down. Can Arvind Kejriwal eclipse Narendra Modi in the upcoming general election?

The Bharatiya Janata Party has reason to be greatly pleased with the results of the recent assembly election in four northern and central states. It swept 163 of Rajasthan's 200 seats, taking an unprecedented 12-plus percentage-point lead over the Congress.

In Madhya Pradesh, the BJP won a convincing two-thirds majority. In Chhattisgarh, where it was expected to lose, it won albeit by a whisker. And in Delhi, it kept the Congress out of power. Its seat tally in the four states has risen from 50 percent to 69 percent of the total. This could translate into 50 of these states's 72 Lok Sabha seats for the BJP, up from 30.

Yet, the impact of the BJP's success has been blunted to some extent by the Aam Aadmi Party's spectacular performance in Delhi. Strange as it seems, AAP Chief Minister Arvind Kejriwal, not the BJP's Narendra Modi, is leading the battle for the national popular imagination. Kejriwal's 'new politics' has inspired large numbers of people.

Has Modi, with his aggressive high-profile campaign, peaked too soon?

Has his macho style put off potential supporters?

Has his belated, strained expression of 'misery, pain, anguish, agony' at the 2002 violence won him Muslim sympathy?

It is difficult to give a definite answer to all these questions just yet. But two things are clear. Modi's feigned 'hurt' at the anti-Muslim pogrom convinces nobody.

Second, the AAP's entry has introduced a new variable and enlarged the shadow of uncertainty over the BJP's 'target' of reaching the 272-seat halfway-mark on its own by fielding Modi.

Modi or no Modi, the BJP lacks the support-base to reach this. But can the National Democratic Alliance do so?

It must more than double its present seat-tally to reach the half-way mark. This means raising its percentage-share of the national vote from 21.2 to over 30.

This is a far bigger task than the highest jump in seats and votes ever achieved by the BJP, when it rose from 161 seats and 20.3 percent (1996) to 182 seats and 25.6 percent (1998) and collected enough allies to form an opportunist coalition, which expediently put all trademark Hindutva issues in abeyance.

The NDA has lost -- probably irrevocably -- major allies like the Janata Dal-United, the Trinamool Congress and the Biju Janata Dal, besides ethnic-Tamil parties and Telugu Desam, Party which quit earlier.

For the NDA to come to power in 2014, the BJP must win about 200 (if not 210 to 220) Lok Sabha seats to create a nucleus around which smaller parties can coalesce and form a winning alliance.

Winning 200 to 220 seats, up from 116, is a tall order. Unlike in the 1990s, when the BJP rode a Hindutva wave, it has no social-mobilisation tailwind behind it. So where can the seats come from?

Cold arithmetic, for which thanks are partly due to public-policy consultant Manish Dubey, suggests that the BJP's success will hinge primarily on making huge gains in three major states -- Uttar Pradesh (80 seats), Bihar (40) and Maharashtra (48).

In addition, the BJP must further improve on its 2009 performance in states which it has ruled in alternation with the Congress: Madhya Pradesh (29), Gujarat (26), Rajasthan (25) and Chhattisgarh (11). Only then can the BJP boost the NDA sufficiently to attract willing allies who agree with its policies, and indifferent ones who join it for the loaves and fishes of office.

Consider India's political arithmetic from the BJP standpoint. India's 35 states and Union Territories fall into four categories. First are the big states like Andhra Pradesh (42), West Bengal (42) and Tamil Nadu (39), somewhat smaller Kerala (20), and the tiny North-Eastern states barring to an extent Assam, where the BJP has no effective presence.

In this big chunk of 168 Lok Sabha seats, the BJP's score has always been in the low single-digits and is unlikely to improve.

Second home states like Karnataka (28), Orissa (21), Punjab (13) and Jharkhand (14), where the BJP has a limited or unsteady presence via alliances, and the smaller states and UTs each with less than 10 seats, which account for 40 seats, making a total of 116 Lok Sabha seats.

These are unlikely to add substantially to the BJP's tally. It has to share Punjab with the Akali Dal, and Jharkhand with regional groups. It is marginal in Orissa after it broke with the BJD. And given the AAP's ascendancy in Delhi, the BJP cannot score handsomely in the UTs either.

What of Karnataka? After B S Yeddiyurappa's disastrous performance as chief minister, his break with the BJP (he has since announced his decision to return to the parent party), and the Congress's recent assembly victory, it is unlikely that the BJP will win anywhere near the 19 seats it bagged in 2009.

So in the states and UTs listed above, which send 284 MPs -- or more than half the Lok Sabha's total -- the BJP's tally will on balance of probability be about the same as earlier: 40 seats.

Then comes the third category of states comprising Madhya Pradesh, Gujarat, Rajasthan and Chhattisgarh. The BJP won 45 of its 91 Lok Sabha seats in 2009, and did well in the assembly elections held since.

Modi will draw in some votes both in Rajasthan and Gujarat -- although his strident Hindutva rhetoric could prove counterproductive beyond a point to the BJP by further alienating Muslims and secular voters, and creating new opportunities for the Congress.

This would bring it about 100 seats, with a maximum of 115, from the first three categories.

These states are politically complex, marked by strong local-level organisations and candidates, and well-cultivated vote-banks. They have multi-cornered contests, whose outcomes are hard to predict.

In a super-optimistic scenario, the BJP might win 24/40 seats in Bihar with a strike-rate of 60 percent -- way above its best-ever score of 23/54 in undivided Bihar, a 43 percent strike-rate.

In Maharashtra, the BJP could end its alliance with the Shiv Sena and risk going it alone. Even if it creates a 'wave', which seems extremely unlikely, it can maximally repeat its best-ever performance (18/48 in 1996). That entails an improbable doubling of its present tally.

To exceed the old performance won't be easy for the BJP in the face of the strong caste and other social-group coalitions forged by the Bahujan Samaj Party and the Samajwadi Party.

True, the BJP stands to gain from the communal polarisation recently created by the Muzaffarnagar violence, its renewed emphasis on the Ram temple, and the shrinking of the Congress's and Samajwadi Party's bases.

However, the BJP in UP lacks both a broad social coalition (as distinct from upper-caste support) and a convincing development agenda. It is relying on mobilising fringe groups around the BSP and Samajwadi Party's coalitions.

It is far from clear if this, and Modi's 'charisma' can over-ride the appeal of traditional leaders and help the BJP win more than 30 to 40 seats.

In an optimistic scenario, the BJP's three-state gamble may pay off. More realistically, it may not. The BJP has the advantage of having emerged as an urban winner in a few states. For instance, in Gujarat, it bagged 58 percent of city votes, to the Congress's 28 percent. But Gujarat is 40-percent urbanised.

The BJP can't replicate its performance in Bihar and UP, with their 11 and 22 percent urbanisation rates.

Besides, a new, quintessentially urban, challenge has arisen -- in the shape of the AAP. Despite its flawed start and many problems including near-silence on communalism, the AAP could eat into the BJP's votes in many cities, wrecking Modi's dream. 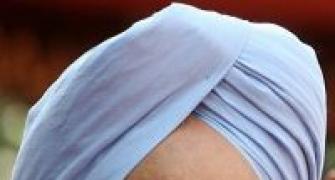 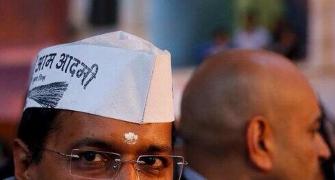 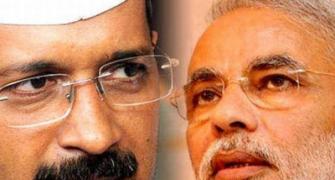 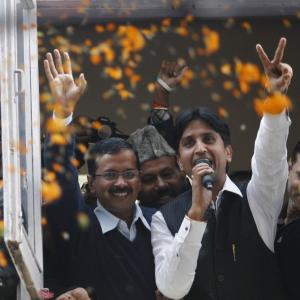 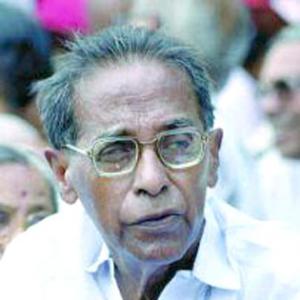 Arvind Kejriwal, This is the chief minister to emulate