By T V R Shenoy
January 07, 2011 13:42 IST
The reason why Bofors is back in the news is the same mindboggling excessive greed as in the Commonwealth Games scandal.

Excessive greed, it turns out, is even better, for unearthing the truth, says T V R Shenoy.

Three words that are, arguably, the finest epitaph for the era of excess that began in the 1980s and culminated in the most serious economic crisis since the Great Depression. Oliver Stone has now released the sequel, Money Never Sleeps; Josh Brolin, one of the stars of the new film, summed up its message in four words: 'How much is enough?'

That is precisely what the average Indian is asking today, confronted by one monstrous scam after another. I fear there is more heartbreak in store for those who still nurse some illusions.

Here are two stories that I heard recently on the Delhi circuit, either or both of which might break at any time, probably sooner rather than later.

The first concerns one of the most significant developments in the 2G Scam. A certain wing of the government -- suffice it to say that it is not the Central Bureau of Investigation -- has come across a certain cheque. It was paid to someone in the highest echelons of the DMK, and is damning evidence of involvement in the 2G scam.

The second story started with a very senior civil servant and his brother-in-law -- they are married to sisters -- who came under the scanner for one reason or the other. While looking into this case the investigators tapped the brother-in-law's phone, and came across a hideously incriminating conversation with a third individual.

Very briefly, this third person has been recorded telling the bureaucrat's brother-in-law that a judgment was expected on a certain day and naming a certain sum of money to ensure that it would be favourable.

It is entirely possible that this man -- reportedly related to a very senior member of the legal fraternity -- was just trying to blow up his own importance while simultaneously making a quick buck. Frankly, I would prefer that this be the case. But living as we are in the season of scams one must reluctantly admit that there could be something to this tale too.

Which brings us back to Brolin's question: 'How much is enough?'

Is it too much when senior -- very senior -- politicians fear the law so little that they accept payment through cheques, something that can be easily traced?

The truth is that Gordon Gekko's dictum is the one that continues to dominate the hearts and minds of the powers that be. And here let me stipulate that I do not mean politicians alone -- businessmen, bureaucrats, the armed forces, the luminaries of the law, even the media, we all have our fair share of bad apples. And to this closed circle of the elite, those who believe that the law shall never touch, there is no such concept as 'too much' greed.

Happily for the rest of us, it is this same excessive lust for money that leads to the downfall of the greedy. It is a hunger so great that it seems to makes some men stupid. As I understand it, it was this that led to the uncovering of two items now in the headlines, namely the Commonwealth Games scandal and that old favourite, Bofors.

As has been widely reported some questionable entities were paid money in Britain during the Queen's Baton Relay ceremonies. It sounds utterly idiotic but someone thought the profits they had already made were not enough; this genius then came up with the bright idea of asking for a VAT rebate, some 13 per cent more.

This led to the tax authorities asking for documentation, leading to the first proper proof of wrongdoing in the saga of the 2010 Commonwealth Games.

Do I need to repeat the facts of the Bofors case in all their detail? Probably not, but the reason why Bofors is back in the news is the same mindboggling excessive greed as in the Commonwealth Games scandal.

Very briefly, the income tax authorities held that Win Chadha, one of the chief actors in the Bofors saga, owed Rs 52 crore in unpaid taxes from the assessment years 1987-1988 through 1993-1994, and a further Rs 85 lakh for the assessment years 1995-1996 to 1999-2000. This was contested by Win Chadha's son Hersh, and the case ended up before the Income Tax Appellate Tribunal.

This tribunal went into the entire case, ultimately ruling that bribes were paid to a host of people in the Bofors case. Given the ramifications of the Bofors case, it is amazing that anyone actually bothered to contest the taxman's initial ruling.

Had the dues been paid immediately it would have saved the Congress -- not to mention Ottavio Quattrochi and the memory of the late Win Chadha -- a world of embarrassment.

The Income Tax Appellate Tribunal's ruling leads to a situation where one agency of the Government of India insists that bribes were paid where another, the Central Bureau of Investigation, says there is no evidence of such. Which one should we believe?

I note without comment that for all practical purposes the CBI operates under the oversight of the Prime Minister's Office, while the Income Tax Appellate Tribunal comes under the Union ministry of law and justice. (Not the Union finance ministry, interestingly enough.)

Equally without comment, it should be noted that 'India's premier investigating agency' was not really involved in unearthing the truth in any of the cases mentioned above. It was not the CBI that unearthed the cheque in the 2G Scam, but it is definitely the CBI that continues to insist that there is no case of bribery in the Bofors case.

Greed is good. (For some!) But excessive greed, it turns out, is even better, for unearthing the truth. 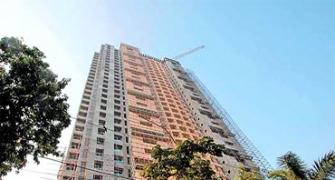 The PM owes the country an explanation