The WikiLeaks disclosures should make the public aware of this and provoke a strong response in favour of a fiercely autonomous foreign policy, says Praful Bidwai.

The WikiLeaks cables pertaining to India, summarised by The Hindu newspaper, have created a furore. The most sensational disclosure they contain is about the cash-for-votes scandal of July 2008, when Prime Minister Manmohan Singh staked the survival of the United Progressive Alliance government on the India-US nuclear cooperation deal. The Left parties, on whose support the minority government depended, withdrew their backing. The Congress recruited other parties by bribing them.

This was widely publicised in 2008 through a television channel's sting operation. The operation mainly indicted the Samajwadi Party. It now emerges that Captain Satish Sharma, a Gandhi family confidant, got his aide Nachiketa Kapur to bribe the Rashtriya Lok Dal's Ajit Singh too. Kapur apparently showed off to a US embassy employee two chests containing cash, part of the Rs 50 to 60 crores paid to RLD MPs.

Dr Singh put up a pugnacious, even strident, defence of his government and said "the veracity, contents and even the existence" of the cables sent by the US embassy in India couldn't be confirmed. He was categorical that "I have not authorised anyone to purchase any votes. I am not aware of any purchase of votes"  Sharma also denied the story and said Kapur wasn't his aide.

This won't wash. The WikiLeaks-based evidence constitutes a strong prima facie case that MPs were bought. This ensured that the United Progressive Alliance won the vote of confidence with 275 ayes against 256 nos. The cash-for-votes scam was a crime committed on Indian soil. Foreign diplomats were privy to it.

The least the government can now do is entrust the scandal's investigation to the Central Bureau of Investigation under the supervision of the Supreme Court, while asking the US embassy to identify the staffer who reported the scam in his cables. Failure to do this will further damage the Singh government's image, already badly tainted by numerous scams.

The Bharatiya Janata Party is doing its utmost to exploit the disclosure.

But it emerges from the WikiLeaks disclosures with its face muddied. It publicly criticised the nuclear deal. But it wasn't serious about opposing it. BJP national executive member Seshadri Chari and spokesperson Prakash Javadekar told the Americans "not to read much into the [party's] foreign policy resolutions". 'Loh Purush' L K Advani, no less, assured them that when in power the BJP would "behave very differently from its days in the Opposition".

The BJP often hunts with the hounds and runs with the hare. So, on India's 'sovereign' right to determine its nuclear policy, it found it expedient to oppose the US-India deal. But, ideologically, the party follows a right-wing foreign and security policy and has been staunchly pro-US right since the Cold War days. It sees India's future in strengthening a US-dominated capitalist world order. This makes the BJP practise double standards -- thus badly damaging its credibility.

However, the WikiLeaks disclosures are less important for confirming corruption and political crimes than for illuminating the direction that India's foreign policy has recently taken, and showing how the world, in particular the US, views India's domestic situation and response to regional and international events.

The cables, a form of communication routinely used by diplomats to convey information, analysis and assessments of the host country's positions, reveal a fair amount about intra-UPA differences. They highlight divergence between the then-President APJ Abdul Kalam and Congress president Sonia Gandhi over the execution of the death sentence for Afzal Guru. It also quotes J&K Liberation Front leader Yaseen Malik as saying that hanging Guru would have an adverse impact in the Valley because the punishment is grossly disproportionate to the charge of helping organise transport for the Parliament House attacks.

The Hindu disclosures highlight the differences between Dr Singh and former National Security M K Narayanan over resuming talks with Pakistan on the premise that India and Pakistan "have a shared destiny". Narayanan bluntly told Dr Singh: "Your destiny is shared. Ours is not." It was highly improper for Narayanan to say this to his boss. It was even more deplorable that he narrated this to a US diplomat.

On substantive foreign policy issues, India comes through as an emerging economic and military-political giant which is still shaky, wobbly and diffident about the role it should play in the world. Instead of quietly, confidently asserting itself -- especially where there's a divergence of approach with the US and where India's vital interests are at stake -- New Delhi often capitulates to Washington's pressure, sometimes without resistance. It's often only too eager to please the US.

This is especially so on Iran, on which India came under arm-twisting pressure form the US. India voted three times against Iran at the International Atomic Energy Agency, thus enabling the Security Council to impose sanctions on it. India's votes were against its own better judgment, and the conclusion of the ministry of external affairs that Iran is in no substantive breach of its obligations under the IAEA charter or the Non-Proliferation Treaty.

There's simply no doubt that India's vote was extracted through coercion. The US was deeply unhappy with the proposed Iran-Pakistan-India gas pipeline and made the nuclear deal conditional upon India dropping the project and helping isolate Iran.

The US doesn't countenance even a peaceful nuclear programme for Iran -- although Iran has every right to pursue it. Barring some infringements of disclosure requirements, Teheran has cooperated with the IAEA. India sounds doubly hypocritical on Iran because it acquired its own nuclear weapons by abusing the civilian route.

India's stance doesn't square up with its long-term interest in securing friendly relations with Iran, which it has for decades partnered in Afghanistan against the mujaheedin and the Taliban. Afghanistan is vital to this region's future. And India-Iran relations will be crucial to Afghanistan's future.

The WikiLeaks cables show that New Delhi was so frightened of US annoyance at a visit to India by Iran's President Mahmoud Ahmadinejad in April 2008 that it notified the US embassy "even prior" to informing "other agencies within the Indian government". The MEA emphasised that Dr Singh had rejected previous requests either to visit Tehran or for Ahmadinejad to visit India.

In the recent past, India has been so eager to please the US that the MEA ordered its diplomats to do extraordinary things. Thus, days after Hardeep Puri was appointed India's ambassador to the UN, he assured the US political counsellor in New Delhi that his "specific brief" was to seek a "higher degree of convergence" with the US.

Puri repeated this assurance to US Ambassador to the UN Susan Rice. He reportedly raised the "arc of failed states" surrounding India, Nepal, Sri Lanka and Afghanistan, and noted the convergence between US and Indian interests. Specifically, he praised US policy on Sri Lanka, where the Mahinda Rajapakse government was about to kill thousands of Tamil civilians while militarily combating the Liberation Tigers of Tamil Eelam.

In another bizarre development, the MEA asked its Deputy Ambassador to the UN Ajai Malhotra to undercut his own boss Nirupam Sen, whom he accused of taking "a confrontational approach to the US". In dispute was the selection of the Secretary General. The Non-Aligned Movement demanded he should be from Asia. Malhotra offered to help the US promote its candidate in case the NAM proposal didn't find broader support.

That someone of Sen's stature and impeccable credentials -- even his US adversaries thought highly of him -- should be overridden in such a slimy way speaks of the MEA's lack of professionalism and its craven pro-US bias. This is wholly unbecoming of a nation that has ambitions to be a global leader with a broad vision and an independent agenda.

What strikes one as one reads the despatches based on the cables is the light-years' distance India has travelled from the Nehru-Indira Gandhi legacy of Non-Alignment and opposition to US hegemonism, and the US's insistent, determined and obsessive attempt to push it even further into a subordinate relationship.

After the Soviet Union collapsed, India was the last major nation with an independent foreign policy focussed on demanding a more balanced world. Even China, always timid in seeking a change in the world order, had given up the pretence to independence.

The US has successfully prised India away from its independent policy moorings through inducements like the nuclear deal. But that's not good enough for Washington. It wants to push India further and harder to a point where it becomes akin to a supplicant and an obedient ally. India cannot easily deliver this outcome. The WikiLeaks disclosures should make the public aware of this and provoke a strong response in favour of a fiercely autonomous foreign policy. 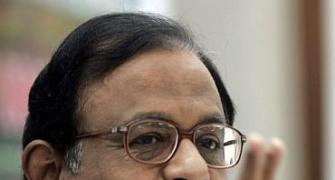 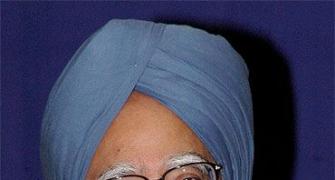 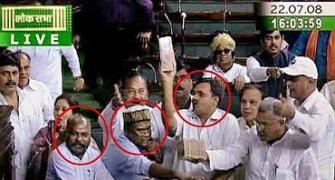 Why the leaked cables have low evidential value 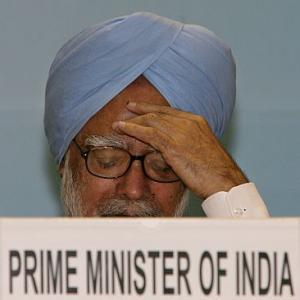