Could robots vote for effective political leadership?
Arguably they could do this better than humans.
They are far better at fact-checking for obvious lies, and far better at gauging the sincerity of statements by analysing body language, facial movements and vocal tonality of speakers,' says Devangshu Datta.
Illustration: Dominic Xavier/Rediff.com

The kingdom of Saudi Arabia recently granted citizenship to a robot, Sophia.

Sophia is a lifelike female-shaped android. 'She' looks approximately like a human woman of indeterminate age and speaks in a feminine voice. Sophia was 'interviewed' at an investment meet where she was granted citizenship.

Sophia is the creation of a Hong Kong-based company, Hanson Robotics. She has a flexible face, which 'expresses emotions'.

She is designed to work with human beings and use 'her' artificial intelligence (AI) to help humans 'live better lives'.

Therefore, as she explained, she needs to understand human emotions and build relationships where humans trust her.

Although the granting of citizenship was dismissed as some sort of publicity stunt, it also aroused antagonism.

There were ironical comments about Sophia's lack of headgear, and her presence in front of a crowd of unrelated men.

The kingdom places many restrictions on biological human females. Women must wear the hijab in public.

They can travel or go overseas only if accompanied by male family members or given explicit permission by male guardians.

They are not allowed to play sports in public with male audiences. Indeed, it was only this September that Saudi women were permitted to apply for driving licenses.

The kingdom does, however, allow women to own property and to run businesses. It may be gearing up for further relaxations on the gender front.

Saudi Arabia recently stated that it was prepared to host a chess tournament, where women may participate against men and do so, without wearing the hijab.

Most nations offer citizens, male or female, a greater degree of rights than the kingdom. The right to own property, to run businesses, and to travel freely are basics, of course.

Most nations also pay some sort of lip service to democracy, by allowing citizens to vote to choose the political leadership.

Most also allow citizens the freedom to follow the religion of their choice, or no religion at all.

If a biological citizen can do all these things, surely an electronic citizen should receive similar rights?

That could open a can of worms because, arguably, AI-driven electronic agents are more capable than human beings at many of these things.

Can AIs handle money? They do.

Can AIs drive cars and fly planes? Driverless cars, trucks and planes are commonplace and getting more efficient by the day.

AIs have no religion and don't discriminate between religions, so they are less likely to be sectarian in terms of value-systems.

Could AIs vote for effective political leadership? Arguably they could do this better than humans. AIs are less likely to be swayed by random rhetoric.

They are far better at fact-checking for obvious lies, and also far better at gauging the sincerity of statements by analysing body language, facial movements and vocal tonality of speakers.

AI is also proving itself in another domain where it is challenging human beings for supremacy.

A recent short film Slaughterbots introduced the concept of tiny drones, which can be programmed to seek out and kill people, in large number and very selectively.

Autonomous weapons systems or lethal autonomous weapons (LAW) -- killer robots that can cut loose without human supervision -- are indeed close to being a reality. At the last Davos forum, it was estimated that at least 40 nations were working on such systems.

Most people would prefer to send a robot out to do a dirty job, rather than risk their own flesh and blood. But most people would also balk at being hunted down by a robot that could kill them.

Sophia has opened the door to the discussion of granting rights to electronic entities.

The proliferation of LAW could open the door to an entirely different debate. 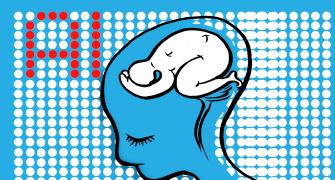 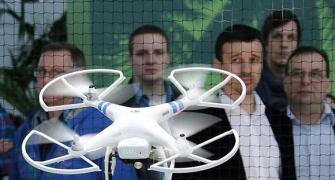 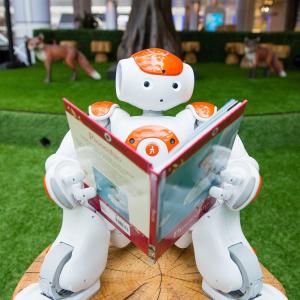