News
Business
Movies
Sports
Cricket
Get Ahead
Money Tips
Shopping
Sign in  |  Create a Rediffmail account
Rediff.com  » News » Can IS make its presence felt in India? 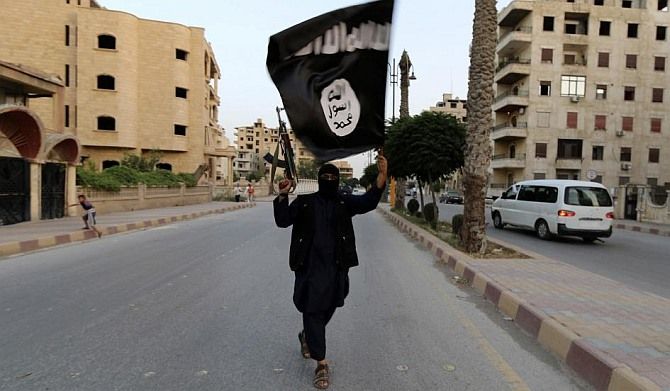 The next big destination for IS in South Asia could be India.
In India, the existing SIMI-IM network can provide the logistics for an IS staging area, says Brigadier S K Chatterji (retd).

Islamic State is on the back foot.

The dreams of its leader Abu Bakr al-Baghdadi of a Caliphate are shrinking at a consistent pace.

A major difference in the approach of IS as compared to Al Qaeda -- the guiding beacon of Islamist radicalism till it was challenged by IS -- has been its emphasis on holding territory.

Beyond Iraq and Syria, it has declared certain areas as its wilayats (provinces). The more active examples are in Libya, Sinai in Egypt, Yemen and Afghanistan.

In Saudi Arabia too they have three wilayats that have only carried out targeted killings without holding ground.

Of lesser consequence, as on date are wilayats in Algeria, North Caucasus and Nigeria.

IS has many radical groups as its affiliates. Under the circumstances what is the group's strategy going to be once its positions in Syria and Iraq become untenable.

The choices range from holding fast to a rump Caliphate and entrenching themselves for a pitched battle, or dissipating globally.

More likely, it would leave behind a committed lot to fight a rearguard action as it moves its leadership, material and manpower assets, elsewhere.

Of course, a lot of its cadre will disperse locally, but there will be many who will try to head for destinations abroad.

While Europe and the US could be favoured destinations, it is relatively more difficult to enter most of these states.

Countries in turbulence, areas where they have already established themselves through an alliance will enjoy preference.

Of great value will be States that have a history of sponsoring and exporting terror to other countries.

In the South Asian context, such a distinction is the prerogative of only one country.

South Asian countries need to gauge their vulnerabilities and be prepared.

The Pakistan-Afghanistan border is one of the prime areas today for nurturing terrorist organisations.

IS has made deep inroads into Afghanistan from its bases in Pakistan. One of the worst bombing incidents in the recent past was the detonation at a Hazara gathering at Kabul that led to over 80 deaths.

The Afghan leadership has, off late, squarely blamed Pakistan for the IS surge in their territory.

According to General John Nicholson, the US military commander in Afghanistan the number of IS terrorists is about 1,000 to 1,500 mostly concentrated in Nagarhar province. They are well armed and trained and can serve as vanguards for a major IS base.

An obstacle to IS finding much favour in Pakistan is the Inter Services Intelligence's existing relationship with Al Qaeda.

Al Qaeda may not accept Pakistani patronage of IS very kindly with the latter having challenged Al Qaeda's status as the worldwide jihad's lead organisation.

However, such differences are more among the leadership of the two organisations than at the level of the rank and file radicalised fighters.

General Nicholson states that most of the IS terrorists in Afghanistan are ex-Taliban, a group with a strong affiliation to Al Qaeda.

Bangladesh is another country that IS has already targeted. IS claimed responsibility for the butchery of 22 people at the Holy Artisan Bakery in Dhaka.

The current dispensation in Bangladesh has been pursuing a hard line policy against radical groups; however, there are adequate radical organisations in Bangladesh ready to provide the wherewithal for stronger IS penetration.

Bangladesh is ripe for more such violent displays, if not bases for IS.

Should an understanding be reached between IS and Al Qaeda, it can provide the necessary wind in the sails of worldwide jihad.

Bruce Hoffman, a terrorism expert, assesses the differences between the two terror networks to be more ego based and essentially quite trivial.

As IS loses more and more territory it is possible that the organisation will fragment.

Should such mergers occur, the Afghanistan-Pakistan borders and even Bangladesh could well experience rapid growth of IS ideology and cadre strength.

The next big destination for IS in South Asia could be India.

As yet IS has yet to make a serious dent in India. Areeb Majeed is the lone Indian who has been to Syria to fight for IS and has returned home. In fact, more Indians have been to Afghanistan to fight alongside IS.

In India, there is also an existing network of the Students Islamic Movement of India and Indian Mujaheeden that has linkages with Al Qaeda. These can provide the logistics for an IS staging area.

Indian democracy's tolerance, rampant poverty, millions of Stateless Bangladeshis who live in near penury provide a fertile catchment area, especially if political expediency leads to muted responses from the States.

The silver lining is as yet IS remains largely an ideologically force. It is yet to have its own organisational structure to orchestrate damaging blows.

A fertile nursery remains the Kashmir valley. The IS flag has been waved enough in Kashmir already.

Among the other South Asian countries, the lax law and order situation in Nepal could be utilised for transit of IS cadres from Pakistan to India.

The Rohingiyas of Myanmar are a vulnerable lot and the situation in the Maldives is volatile enough to take advantage.

Sri Lanka is unlikely to display any tolerance having just crushed the decades-old Tamil insurgency.

Defeating IS in Iraq and Syria is not an insurmountable military challenge. Given a fair degree of cohesion between the Russians and Americans and recognising IS as the prime objective can allow a strong ground-air campaign to crush IS swiftly.

However, the costs of such a strategy would be exponential in terms of human lives. It will take time to move out civilians from Rakka, corner the jihadists, and then take them on.

A key issue that will influence IS' ability to spread globally will remain finance. Most jihadi foot soldiers not only need their pay cheques but are also faced with no other means of livlihood either.

If reports are to be believed, the pay of jihadist fighters has been halved. The chances of exporting terror to other counties and continents, lone wolf attacks set aside, have also dropped.

The faster and more accurate the intelligence flow, greater the chances of avoiding another Brussels, Paris, Kabul or Dhaka. 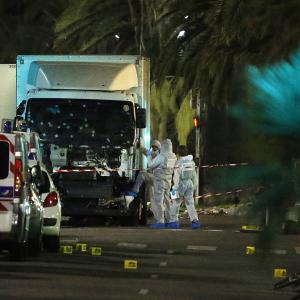