'All their idealism, intensity of emotions, acute sense of right and wrong, and burning passion for public causes can never serve as justifiable grounds to be touted by students of any country, let alone of India, with all its fragility and vulnerability, to question its unity in the name of freedom of expression,' says B S Raghavan. 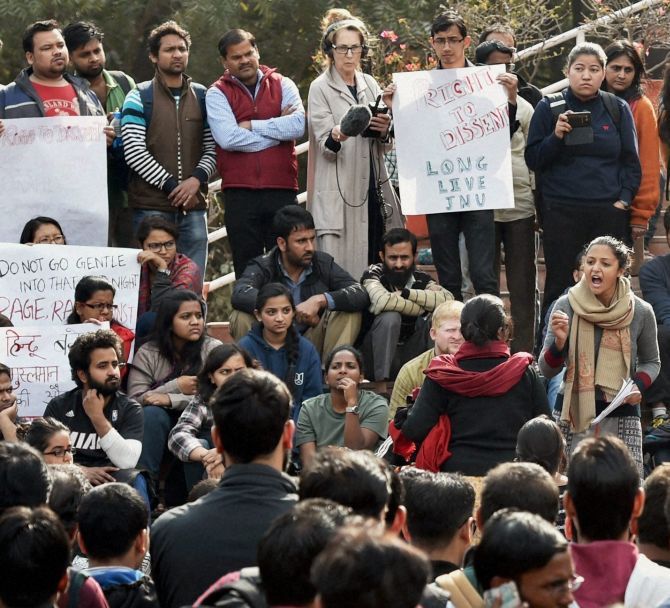 Human Resources Development Minister Smriti Irani brought forth a gasp of disbelief when her appointment was first announced.

Lacking any kind of manifest pretensions to scholarship, and, on the contrary, trailed by tales of fudged educational qualifications, there was widespread scepticism about her fitness for the job.

Soon enough, several stories began circulating about her supposedly abrupt and abrasive behaviour among those who had encounters with her. Reputed academics and professionals of national standing in various fields who had to deal with her as minister talked of her penchant for tongue-lashing.

Over time, though, she seems to have impressed everyone who met her with her lightning grasp of issues, clarity of thinking, masterly command over both English and Hindi and sparkling humour -- making for a brilliant personality.

Some heads I know of famous academic institutions readily credit her with intellectual acuity and demonstrable vision in handling her portfolio.

We have now to add to all this political acumen of a high order.

I have been keenly and closely watching the way leading lights of the National Democratic Alliance, in general, and the Bharatiya Janata Party, in particular, are comporting themselves, and I have no hesitation in asseverating, after her scintillating performance in Parliament during the debate on the happenings in the Hyderabad and Jawaharlal Nehru Universities, that she bids fair to be counted as the most effective campaigner for the BJP, and its pillar of strength, next to Narendra Modi himself.

She has torn to shreds the Opposition's accusations with her convincing rebuttals, leaving political opponents in disarray and making them seem abettors and accomplices of forces working against the nation's unity, integrity and security.

It was certainly a political feat unmatched by any other luminary in recent memory. Chapeau, Smriti!

It is good that the government, instead of waffling and wobbling, has taken a tough and unambiguous stand on an issue that has a vital bearing on the nation's stability and survival.

All their idealism, intensity of emotions, acute sense of right and wrong, and burning passion for public causes can never serve as justifiable grounds to be touted by students and youths of any country, let alone of India, with all its fragility and vulnerability, to question its unity and endanger its security, or to encourage others to do so, in the name of freedom of expression.

The bleeding hearts of civil society who take their side, either out of a genuine sympathy, ideological motivation, or political opportunism, should realise that they also have a pivotal role as parents and guardians.

It is their paramount duty to cooperate with, and support, the law-enforcing authorities and the government to prevent their wards from committing such excesses. 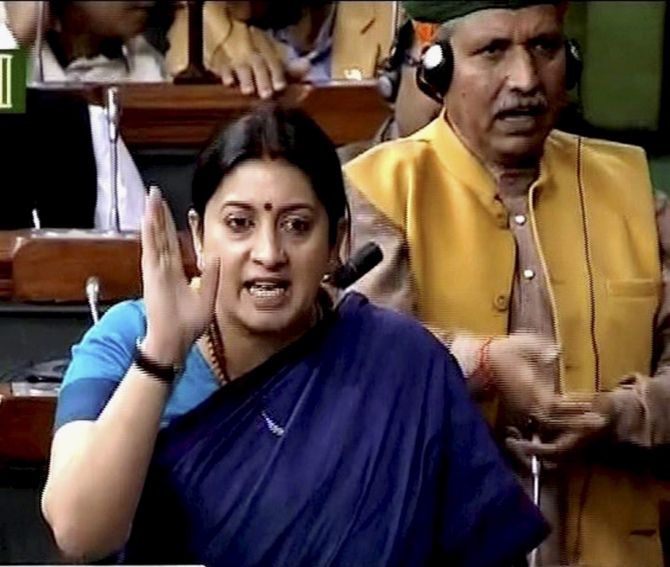 IMAGE: HRD Minister Smriti Irani in full flow in the Lok Sabha on February 24, 2016. 'She bids fair to be counted as the most effective campaigner for the BJP, and its pillar of strength, next to Narendra Modi himself,' says B S Raghavan.

France, which gave the world the resounding clarion call for liberty, equality and fraternity, as a curtain-raiser to the French Revolution, and guillotined a king and his queen to uphold the cause, is cutting down on freedom of expression to combat threats to security after Paris was struck by terrorist attacks in November last year.

French authorities now have powers to conduct police raids without warrants and put suspects under house arrest without prior judicial authorisation. They can also ban public demonstrations, shut down Web sites and disband groups deemed a threat to public order by the government.

The police can detain terrorism suspects for up to 144 days without charges. The government is seeking new powers, including the ability to hold someone for up to four hours to check his identification and the authority to search bags and vehicles near 'sensitive' sites by order of a prosecutor.

The proposed law would also allow the government to put someone returning from a 'terrorist theatre of operation,' like Syria or Iraq, under house arrest for up to a month.

A provision in the policing bill would let prosecutors eavesdrop on cellphone communications with a judge's authorization, using technology currently available only to intelligence agencies, which were granted enhanced capabilities after the attacks in January 2015 at the Paris offices of a satirical newspaper, Charlie Hebdo, and a kosher supermarket.

The new bill would also give prosecutors powers similar to those of investigative judges, including the ability to tap phones, use hidden cameras and analyse electronic communications.

France can strip a person of citizenship if he or she is convicted of crimes that violate the 'fundamental interests of the nation,' including terrorism, if the person is a naturalised French citizen who is also a citizen of another country.

A new measure would make it possible to strip the citizenship of dual citizens born in France who were convicted of terrorism.

Recently in Spain, two puppeteers were arrested and jailed because in a street play they showed scenes of violence such as the hanging of a judge or raping of a nun. In France and Germany, persons can be arrested and convicted even for making statements doubting the occurrence of the Holocaust perpetrated during Nazi rule.

India is not out of sync with the prevailing currents of opinion in other longer established democracies. For instance, in the United States, the National Security Agency has carried out complex electronic surveillance domestically and abroad since the terrorist attacks of September 11, 2001. The agency had been monitoring international calls and emails without warrants.

In 2007, President George W Bush signed a law further strengthening the government's authority to eavesdrop on international calls and email without warrants. In 2015, President Obama signed a law setting some limits to the government to conduct surveillance operations, but still they are sweeping enough.

Under the provisions of the US Patriot Act, anyone shouting or displaying slogans such as the ones seen and hear at the gathering at JNU would be immediately picked up and put away by the FBI, without any such protest or political agitation as was mounted in India.

In those genuine and mature democracies, patriotism and loyalty to the country are regarded as inviolate, binding principles and political differences are not allowed to come in the way of any preventive or punitive action taken.

My appeal to the Opposition political leaders: Be Indians first, and do not tear asunder the fabric of security and unity of the country for your narrow, selfish political ends, or under a misguided notion of civil liberties.

B S Raghavan is a former chief secretary, West Bengal. 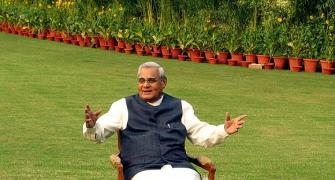 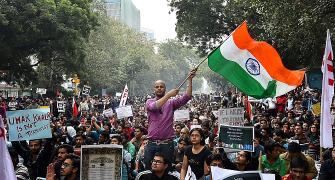 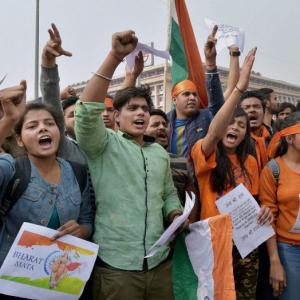 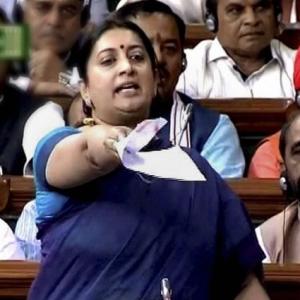