China has been trying to build lobbies of influence and mould public opinion in India since at least 2017, and large sums have been invested in the effort, reveals former RA&W officer Jayadeva Ranade. 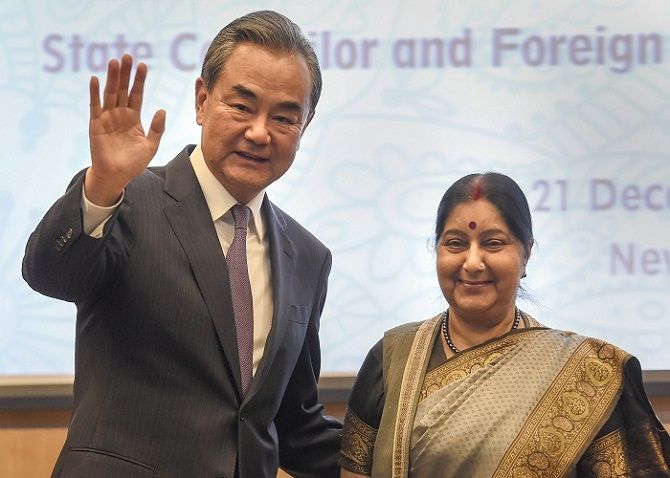 Keeping up the tempo of high-level visits between the two countries, China's 63-year-old State Councilor and Foreign Minister Wang Yi paid a 4-day (December 21-24, 2018) visit to India. His itinerary included visits to Mumbai and Aurangabad with a day in Delhi. The visit received little coverage in the official Chinese media.

Wang Yi's visit is part of Beijing's efforts to play down tensions in relations with its neighbours, initiated at a time of growing pressure exerted by the slowdown in China's economy, the 'trade war' begun by the US, and imposition of restrictions on the sale and export of hi-tech goods to China by the US and West.

Relations with the West got strained because of the arrest of the chief financial officer of Huawei, China's fastest growing and largest telecommunications firm, at least three Chinese foreign intelligence officers and China's retaliatory arrests of at least 13 Canadian citizens.

Wang Yi might personally have felt the chill in the relationships when his wife Qian Wei, daughter of a former high-ranking Chinese foreign ministry official, was just days earlier reportedly denied a visa to Canada.

In Delhi, he called on the President, met External Affairs Minister Sushma Swaraj and attended high-level media interactions and people-to-people and cultural contacts.

No other issues figured on Wang Yi's slim agenda, making clear that Beijing had decided to portray that India and China had agreed to put the 73-day military face-off at Doklam behind them and that bilateral relations had 'normalised'.

At the press conference, EAM Swaraj pointedly stated that during her two hour meeting with Wang Yi, only media and cultural contacts were discussed. Wang Yi's was the last high-level visit from China to India last year.

Nonetheless, Wang Yi's visit is important as its focus reflects the high priority given by Chinese President Xi Jinping to propaganda and united front activities. Pertinently, Wang Yi slipped in a mention of Confucius Institutes during his remarks at the press conference on December 21, but elicited no response from Mrs Swaraj.

China has been trying to build lobbies of influence and mould public opinion in India since at least 2017, and large sums have been invested in the effort.

There was an uptick in efforts consequent to India's opposition to the China Pakistan Economic Corridor and the Belt and Road Initiative and after the standoff at Doklam.

Xi Jinping has followed more assertive policies since taking over in November 2012, when he outlined the 'China Dream', which aims to make the Chinese people prosperous, the Chinese nation strong, and bring about the 'rejuvenation of the great Chinese nation' by 2021.

The last ambition includes 'recovery' of the so-called 'territories lost through the imposition of unequal treaties by hostile imperialist powers!'

Xi Jinping's policy towards Taiwan underlines the importance of Propaganda Warfare, as seen particularly in his message on the occasion of the 40th anniversary of the call to end military confrontation across the Taiwan Strait on January 2, 2019.

After taking over as head of the central small leading group on united front work and later the new foreign affairs commission, Xi Jinping doubled the budgets and personnel strength of China's ministry of foreign affairs and the Chinese Communist party central committee's united front work department. $6.6 billion has been allocated for an international propaganda offensive.

The Confucius Institutes, set up under China's ministry of education in 2014, are part of this initiative.

Li Changchun, a member of the politburo standing committee in 2009, called the Confucius Institutes 'an important part of China's overseas propaganda apparatus.'

Later, in a speech at the Beijing headquarters of the Confucius Institute in 2011, he called them an 'appealing brand', adding that 'using the excuse of teaching Chinese language, everything looks reasonable and logical.'

The Chinese authorities provide substantial amounts of money to institutions that host these institutes, or the smaller 'classrooms'.

They retain virtual controlling rights in selecting or approving individuals recruited as teachers and professors, vet the syllabi and excise portions considered to be 'offensive' or incorrect, and decide which topics can be taught or even discussed in these institutes and classrooms.

Confucius Institutes maintain close contacts with the Chinese embassy. India needs to discourage Confucius Institutes as, in addition to propaganda, they will try and propagate China's version on Sino-Indian conflicts, the border issue, the Tibet issue and the Dalai Lama.

Jayadeva Ranade, former Additional Secretary in the Cabinet Secretariat, Government of India, is the President, Centre for China Analysis and Strategy. 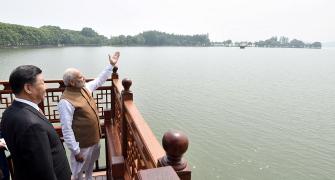 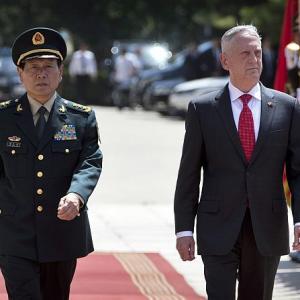 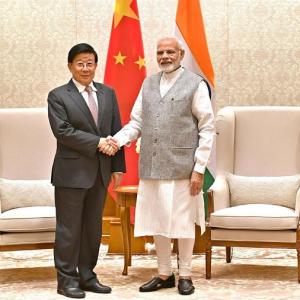