'How you live serves as a much better track record than your timeline,' says Mitali Saran.
Illustration: Dominic Xavier/Rediff.com 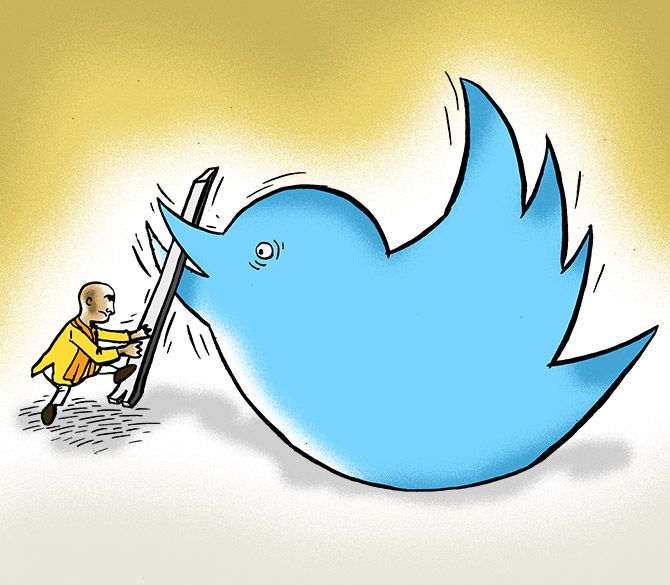 There was a moment, in the aftermath of the terrorist attack on Amarnath Yatris in Jammu and Kashmir when it seemed as if social harmony in India might be in serious trouble.

But, of course, it was just one more piece of kindling tucked into what is already a raging conflagration.

On Twitter the next day, the right was aquiver with rage -- but over liberals, not over the attack.

It spent its time accusing people of not condemning the incident, as if individuals have the same duties as political spokespeople.

Political public relations channels decided that the most trenchant question was: Where is the award wapsi gang?

You'd think that liberals would recognise this kind of baiting as designed to distract, and ignore it.

But liberals are widely painted as hypocrites, and the charge of hypocrisy sparks a reflexive indignation in those good liberals who hold to principle, not party.

It makes people who don't need to prove a thing spend their time proving things.

So liberals lined up for inspection by denouncing the attack not just from the heart, but scrupulously, as if lives lost are not clearly saddening.

The heartfelt #NotInMyName campaign against lynch mobs, which attracted significant crowds, coverage, and right wing ire at their spontaneous protest in June, came out again to protest the attack in J&K.

Good for them, but I would like to think that they didn't do so under pressure to stave off the charge of hypocrisy.

A terrorist attack is not in anyone's name.

Amid the rubble and smoke on social media, too few people focused on the only consequential issue: Investigating and questioning the security failure.

Well, dear liberals, that's a mug's game. Why are we allowing ourselves to become entirely reactive, squashed into tiny-minded terms set by people whose first and last recourse is whataboutery?

The liberal heart -- by and large, let me not presume to speak for all -- sticks up for things like non-violence, peace, diversity, freedom, and inclusiveness.

It's kind of a given that we don't want anybody to be beaten up, murdered, or exiled, to be terrified, to live as second class citizens, to perpetrate or be subjected to violence, to be discriminated against, to be oppressed by poverty, unemployment, illiteracy and illness.

It's a given that we see freedom, rationality, and Constitutional rights as a good.

Why, then, are we constantly giving in to the pressure to display these beliefs constantly in any way other than living them by refraining from violence and hate?

There is no need to jump when some anonymous troll snaps his or her fingers.

We should feel free to engage out of choice, or to not engage at all.

We should stop worrying that our beliefs will be worth less if we stop polishing them up for people who spit on them anyway.

Liberal politics is live and let live, though comment is free.

How you live serves as a much better track record than your timeline.

It is Hindutva, by definition, that seeks to exclude, dominate, censor, and interfere in private citizens' lives.

It is Hindutva that demands homogeneity, conservatism, obedience, deference to authority, censorship, and patriotic one-upmanship, in the name of aggressive nationalism.

It is Hindutva that wants to drag us into the public square, and place on us the burden of proving that we belong.

That politics -- which bows to the State without respecting the Constitution -- is too busy tending to its psychic wounds by justifying violence, to feel compelled to condemn violence.

Hindutva's political leaders, who do have a public duty to be seen and heard, say nothing, or make hateful statements -- yet somehow, it is liberals who feel pushed on to the back foot.

Time spent being defensive about what we do not do, rather than on simply doing what we do, is time straight down the cosmic toilet.

It does not spend its time trying to persuade heckling strangers that it isn't murdering Hindus, or getting paid by Italians, or working for ISIS.

It just lives and lets live.

It just means that it's time to step back from the toxic paranoia, gas-lighting and straight-up lies on social media, stop being manipulated and provoked.

It's time to take a breath, and refocus on the issues nobody wants us to focus on: Unemployment, economic and agricultural crises, the destruction of our institutions, the death spiral in education, the shredding of our social fabric, the slow choking of diversity, and the rapid sacralisation of the State.

I'm not saying we can't get online to poke a few bears, just for fun. But we should choose to. 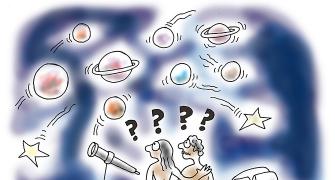 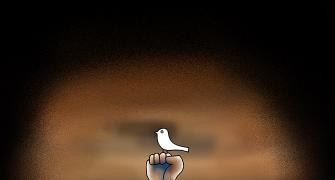 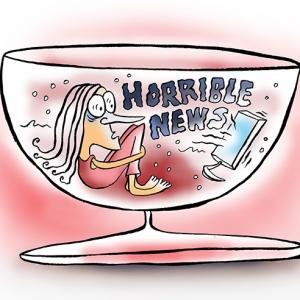