President Kalam pitched his dreams high. He will be best remembered for that feat, says Ambassador T P Sreenivasan. 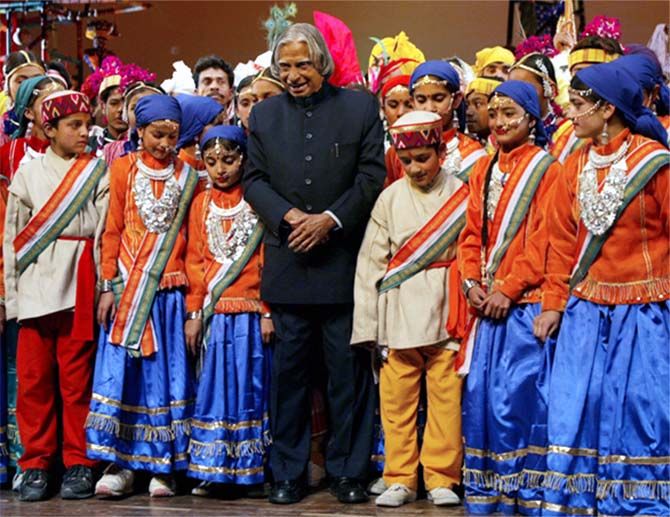 I went to a television show a day after former President A P J Abdul Kalam collapsed and died at the Indian Institute of Management-Shillong, thinking that it would be a chorus of praise for the most famous former President of India.

I thought that it would be blasphemous on my part to voice even the view I had expressed in his own presence once that his vision was over optimistic and unrealistic. I thought that, instead of making that point at a time when the whole nation was mourning his loss, I would say that dreams should have no limits. That, I thought, would be a way to inject some debate and answer my own concern that he was over optimistic in saying that India would be a developed country by 2020.

I wanted to say that he himself did not believe in the projections he made of India's future, but wanted the young people to dream.

But surprise of surprises, I ended up defending the iconic hero of the masses against an array of critical barbs directed at him by a leftist intellectual and environmentalist.

After I made a general statement on the qualities of head and heart of Dr Kalam, which are well known, my interlocutor astonished me by saying that it would be wrong to describe Kalam as a 'scientist,' as he was only a technologist.

I did not dispute the nuance, but then came the charge that Dr Kalam had blind faith in science and that he had misled the people by saying that Kudankulam was safe and that he went even beyond science fiction by suggesting that the water shortage of the future on Earth could be met by bringing water from Moon or Mars.

Taken aback by the sharpness of the criticism, I said that the statement on Kudankulam was merely meant to remove the fears of the local people. Other scientists had routinely said that they were willing to live on the premises of a reactor because they were perfectly safe. It was important to instill confidence in the people and Dr Kalam, as a respected scientist, had merely done his duty.

In any event, nothing had happened at Kudankulam during his own lifetime. As for water from Moon and Mars, I said that it was not unusual for science to exceed even the dreams of science fiction writers and create wonders.

The debate then turned to India's nuclear capability. Our friend alleged that for a man, who made a speech on a livable planet just before he breathed his last, it was unconscionable for Dr Kalam to have participated in making India's nuclear bomb.

Here again, I had to jump in to say that Dr Kalam was not a policy maker, who decided on the bomb, but a missile scientist, whose job it was to create a delivery vehicle for the bomb. In fact, though Dr Kalam had wanted to develop such a delivery vehicle long before, India did not have such a device in 1998. Such a missile, Agni-II was tested only in 1999.

On his responsibility for the nuclear weapon, I said that Dr Kalam saw the bomb as an assertion of India's independence and self-reliance. He was one Indian scientist, who was not educated abroad. I said that I had met most of India's top scientists in Moscow, New York, Washington or Vienna, but not Dr Kalam.

Dr Kalam's statement soon after Pokhran II was 'I rejoiced when we shook the earth and it broke under our feet. I also felt that we had broken the nuclear power domination. Now nobody could tell our nation of a billion people what to do. It is for us to decide.' (Raj Chengappa: Weapons for Peace) It was obvious that he did not envisage a nuclear war. For him, the bomb was a weapon for peace, not war.

There were also allegations that, as the President, Dr Kalam went largely by the wishes of the government of the day because he was beholden to then prime minister Atal Bihari Vajpayee for getting him the job in the first place. It was also pointed out that he kept many mercy petitions pending. He could not be credited, it was alleged, with any path breaking decisions. I did not comment on these observations.

I heaved a sigh of relief when Dr Kalam's critic decided to declare a ceasefire and began describing him not only as a 'great scientist,' but also a visionary, who spent the last part of his life in educating the youth and advising governments to take forward looking policies.

The debate ended with the consensus that future generations would not believe that India ever had such a President as this one.

What astonished me was that even a President such as Dr Kalam was not beyond reproach. His scientific prowess was at its height when then prime minister I K Gujral conferred the Bharat Ratna on him in 1997, even before the nuclear tests. Gujral apparently had two objectives: First, to show that India trusted its Muslims and second, to convey a message to the world about India's nuclear capability without a test.

The question that arises is whether Dr Kalam gained any additional value for himself or for the country by becoming President as against continuing as a teacher and a scientist. But it is certain that he elevated the position of the President itself by assuming the office.

Perhaps, India did not have a more erudite President ever since Sarvepalli Radhakrishnan became the 'Philosopher King' of India like the rulers of Plato's Utopian Kallipolis.

Having been a popular President, Dr Kalam was able to command higher attention and respect than a teacher would have done, when he became an evangelist of the future. The central and state governments valued his advice. Like President Jimmy Carter, he left a legacy of an effective former head of State.

In the process, he pitched his dreams high and became a dream evangelist par excellence. He will be best remembered for that feat. 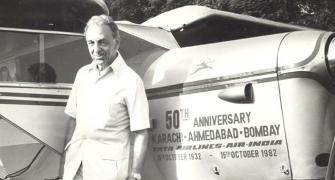 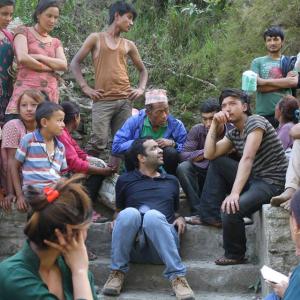 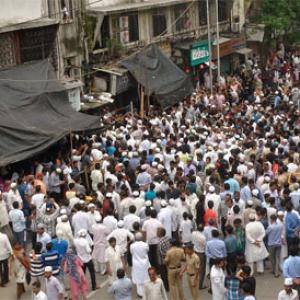