Aide and abet: From Manthara to Shakuni

'Manthara wants Kaikeyi to make her son Bharat king of Ayodhya, instead of Rama.'
'She fuels hate and mistrust in her queen, much like what many modern-day viziers are doing, whipping up venom and frenzy among an entire nation,' notes Arundhuti Dasgupta. No one really knows where the archetype of a wily and conniving vizier (wazir) or right-hand man to king and god came from, but so universal is its appeal that the figure of a plotting and scheming advisor has slipped into every culture.

Be it through myth, or history, or in a game of chess, the vizier or the powerful chief aide-cum-minister has bequeathed a legacy of conspiracy theories and strategies upon us, some of which were in evidence in recently held Delhi elections.

Viziers have their leaders's ear and are often keepers of secrets. This proximity to power breeds ruthless ambition and in some, bitterness and envy.

Not all are evil though, there are those who become mentors to their charge and never afraid to speak truth to power, keep their leaders in check.

Among one of the most prominent viziers in history is Saladin, legendary warrior and horseman who established Muslim rule over Jerusalem, wresting the holy city away from Christian crusaders.

His military career began as a soldier in his uncle's Egyptian campaign, but he rose quickly through the ranks and, in 1169, became vizier of Egypt's Fatimid caliphate.

With ambition and cunning he soon grew far more powerful than those who he worked for and then, taking every opportunity that came his way, cut the ground beneath their feet. And thus the vizier became the Sultan of Egypt and adjoining regions.

History is strewn with figures such as Saladin and the archetype of a trusted aide going rogue, is a common motif in folklore.

In a popular folktale from Kashmir, a kind king is warned by a loyal horse about a treacherous wazir. The two flee overnight, leaving their kingdom and treasures behind.

The king spends many years employed as a slave, until one day, a princess finds him, falls in love and helps him win his kingdom back (Folk-tales of Kashmir, J Hinton Knowles).

A K Ramanujan, folklorist and literary scholar, defines a folktale as a poetic text that carries some of its cultural contexts within it and as a travelling metaphor that finds a new meaning with each new telling.

The evil wazir in search of a throne becomes the greedy minister running the treasury dry, or plotting to marry the princess, or kill the prince -- rarely does the vizier make his way into the history books or literature for being a devoted foot soldier. The power of the vizier extends beyond the mortal and fictional world, into the realm of gods and goddesses.

In the stories of folk goddess, Manasa (goddess of snakes, worshipped mostly in Bengal and Bihar) and her aide Neti (a local washerwoman with mystical powers), the archetype of a colluding vizier plays out in a number of ways.

Neti helps Manasa wreak havoc on her detractors, unleash misfortune on those who bring her sorrow, but helps those who accept the goddess as their tutelary deity.

For instance, Neti advises Manasa to poison the sheep when shepherds refuse to pray to her, but helps revive a dead husband whose wife is a devotee.

In epic literature, the chief aide is painted in many shades of grey too.

The Mahabharata has two key advisors, Shakuni to Duryodhana and Vidura, to King Dhritarashtra.

Shakuni's anger is directed as much at the Pandavas as at the entire Kuru dynasty and he incites hate and vitriol in his ward, helping Duryodhana win small victories (like in the game of dice against Yudhishthira) but in the end, driving him to destruction.

Vidura is the wise aide in the epic, looking out for the welfare of the kingdom over that of the king.

But Dhritarashtra ignored Vidura's warnings about war, refused to rein in his son Duryodhana when he ordered the disrobing of Draupadi and watched silently as he insulted Krishna.

In the Ramayana, interestingly, there are no significant counsel figures.

Rama has his loyal confidant-aides, Lakshman and Hanuman, and there are sages who help the king in times of distress.

The closest one gets to the character of a right-hand, plotter-in-chief is Manthara, attendant and confidante to Queen Kaikeyi.

Manthara wants Kaikeyi to make her son Bharat king of Ayodhya, instead of Rama. She fuels hate and mistrust in her queen, much like what many modern-day viziers are doing, whipping up venom and frenzy among an entire nation. 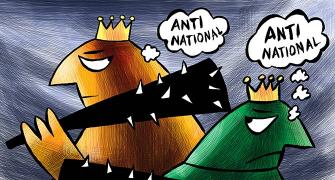 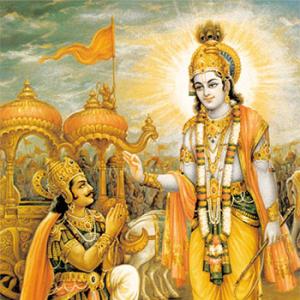