The question we must ask is how do politicians get that wealth disclosed in the affidavits, says Mahesh Vijapurkar.

For the past decade, after a Public Interest Litigation, the Election Commission requires a mandatory filing of affidavits by all candidates disclosing criminal, financial and educational background prior to the polls by filing an affidavit along with the nomination papers. This has helped bring out the profile of the candidates on crucial issues but it has not been enough.

Here is why: these affidavits are indicative of the candidates’ assets and taken at face value unless challenged by a voter or a citizen. Neither are they accurate. For instance, Chandrababu Naidu, now AP chief minister, had filed his assets on current worth. In the previous elections it was on market value, which indicated that it had gone down.

His posh Hyderabad’s Jubilee Hills residence was worth Rs 10.14 crore then, and in the next affidavit, it was shown as worth only Rs 23.20 lakh. If the media and Association of Democratic Reforms do not point it out such intricacies, the public may assume that his net worth had actually declined. Such decline, if ever, is rare for a politician’s worth.

The morning papers told us that Naina Chautala, the Indian National Lok Dal candidate for Haryana’s Dabwali seat had disclosed her total assets as being Rs 60.26 crore, her personal assets being Rs 32.71 crore and husband Ajay Singh Chautala’s pegged at 27.55 crore. Such numbers are eye-popping for the common man but are par for course for politicians.

We don’t know, however, if they were calculated at acquisition value or current nor how she acquired them. Though she is the wife of a now controversial public figure of a political family, we are not advised on how her worth was more than her husbands. The Economic Times had recently described her as only “a demure wife and a doting mother, minding the house”.

On general principles, the question swings from the how much to the how of it all. None of the affidavits indicate this crucial aspect and makes people wonder about not only the extent of any candidate’s financial worth but also the means. The general assumption among voters is that they may not have been clean means because politics is equated less to representing people, more to pelf.

A more sensible requirement would be to ask for full disclosures including how a person acquired such wealth, and between two elections, enhanced it by from twice to more. This increment is seen in most cases. As in Babu’s case, it was a plunge but thanks to someone working on it we realise it was the methodology that ensured the drop in declared value.

It may lie in their own interest that the politicians agree to disclose how of it all. What businesses did they run which yielded this wealth? What were the numbers in their balance sheets? What income tax had they paid in each of the past years? If they held huge assets, how was it that they also have debts on the books? How to they use regularly good cars if their affidavits show they have none in their names?

We do not know if the income tax department ever cross checks its records to see if the assets declared in the affidavits match the ones that were made known to them. If they ever did, were any disparities conveyed to the Election Commission? This is important because each candidate claims election expenditure under the prescribed limit, the limit dependent on whether the seat was for the Lok Sabha or state assembly. Sometimes, the costs are higher for getting elected to the Rajya Sabha.

The Election Commission has made it known time and again that the expenditures the candidates confess to being several mindboggling times higher than the prescribed limits. It is aware of the practice of fudge but seems so hapless.

Perhaps it should take serious steps by talking to the voters and evolve method by which the people know the entire truth. After all, an undisclosed business may mean there could be a conflict of interest.

Reforms are possible. Since the first general elections in independent India, when the one person, one vote adult franchise was ushered in, many elements that go to govern the way the elections are conducted have improved. The way campaigns are held have changed from the mere display of posters and distribution of handbills and processions; they are amplified and the effect multiplied by television.

One cannot deface walls, nor hold a meeting after 10 pm. The restrictions on the number of cars in a cavalcade, the firmer enforcement of the model code of conduct, expenditure observers on the ground per constituency are the other features. They have made elections fairer and with the introduction of voter ID cards, though not yet universal, reduced impersonation.

Now, we need to only know how the politicians have become financial wizards to the extent that they, their spouses have a sure-fire way of keeping the upward trend of their worth, never mind the state of the economy. How, if they are dependent on farm incomes, they earn more, other farmers commit suicide?

Image: A tableau representing from the Election Commission representing the Indian parliament is displayed during the 63rd Republic Day parade in New Delhi in 2012. Photograph: Reuters Tough road for Congress ahead of assembly polls 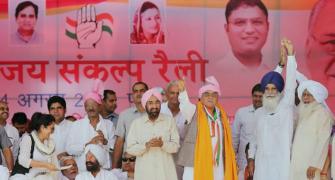 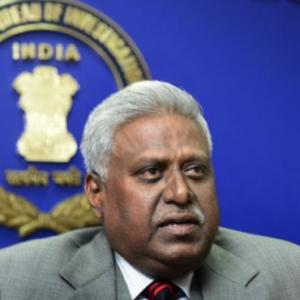 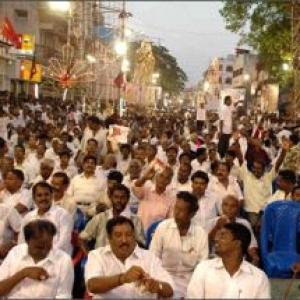