'Modi is given a longer leash by his fans than any other leader of our time.'

'Will he be able to continue putting himself above the fray if other scandals continue to emerge in his term? No, the erosion will inevitably come, given the awful state of this country. But for now, he has managed to shine through a period that would have tarnished any other leader but him,' says Aakar Patel. 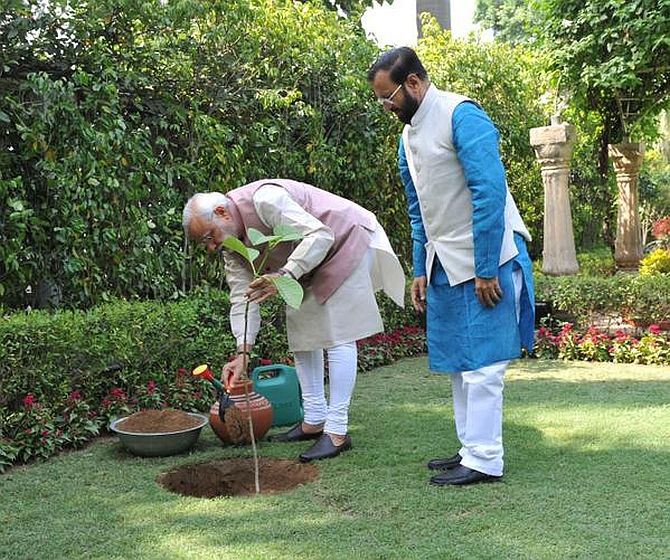 When he won the general election last year, Prime Minister Narendra Modi lifted his party to a 32 per cent vote. This means he added about 10 per cent over the average the party achieved in the Atal Bihari Vajpayee years and immediately after that.

I have always thought of his support as coming from two different, and disparate, groups. The dominant one is the traditional Bharatiya Janata Party voter, who is attracted to the party because of its principles.

But I also mean those who admired the BJP as a meritocratic party whose ideological wellspring is located in social work through the Rashtriya Swayamsevak Sangh. This makes it different from the aristocratic and dynastic Gandhi-family led Congress.

The second group of BJP voters were those who came to the party mainly through the attractiveness of Modi. A brilliant speaker (I used to rate him in the same category as Bal Thackeray and Lalu Yadav in being able to connect with the audience, but now I think he is quite simply the best we have produced in decades) who is able to compress complex issues into simple slogans.

Modi comes across as credible. He is a great representative of Indian nationalism, and an attractive figure because of his charisma. His promise of a new India and new beginning under him was bought comprehensively by this second group.

This is the background in which we have begun to receive news that India is not really very different either in reality or in the way that the government functions.

The economy hasn't taken off and the credit rating firm Moody's has reported a disappointment at the rate of reforms. A staggering report on poverty this week shows that 92 per cent of rural Indian families survive on less than Rs 10,000 a month.

Television shows are running back to back scams and going after ministers of both the Centre and the BJP state governments. Things seem like they are getting back to the same level as they were in the final years of Manmohan Singh's government.

But in one very significant way they are not. The BJP has won in by-elections in the last few weeks in a way that show that Modi's personal support is not diminishing.

This can be seen in the unusual election result of states like Tripura and Kerala. In the former, the BJP candidate finished ahead of the Congress, which is remarkable.

In Kerala, the BJP candidate, an old and popular leader of the party, got a fourth of the vote. This was many times more than what the party had received in the previous election.

Some said it showed that the BJP lotus was blooming in Kerala. Even if it is not, it shows without question that the prime minister's shine is not fading at a time when the news in the media about his government is mainly negative. And the perception of the outside world, which thought Modi was so promising only a year ago, has also begun to ebb.

How is Modi able to hold on to his constituency despite getting hammered on both perception (through the media) and the reality of execution, as witnessed by daily stories on the state of India?

I think he continues to sail through because he has been able successfully to retain that second group of people whom he attracted to the BJP. I mean those who admire him and believe he will bring change in time. Through all the bad news he has not let them feel that he has lost his way.

He does this through direct communication. He is independent of the media in that sense, and though he does not communicate on the issues that anchors and reporters want him to (Sushma Swaraj, Vasundhara Raje and their Lalit Modi connections, for instance), he continues to keep his line open with his admirers through Twitter and through his public speaking.

The expanding nature of the IPL scandal, involving people of almost every party, should otherwise have laid Modi low. But the aspect of his attractiveness that is independent of his party (that is, the second group) keeps him insulated from the mess.

Its result is that he is given a longer leash by his fans than any other leader of our time.

Will he be able to continue putting himself above the fray if other scandals continue to emerge in his term? No, the erosion will inevitably come, given the awful state of this country. But for now, he has managed to shine through a period that would have tarnished any other leader but him.

Image: Prime Minister Narendra Modi plants a sapling at his home on Environment Day as Minister of State for Environment, Forest and Climate Change Prakash Javadekar looks on.

You can read more of Aakar's column's here 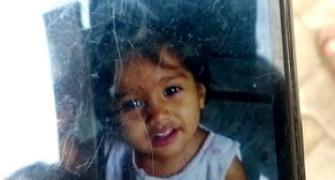 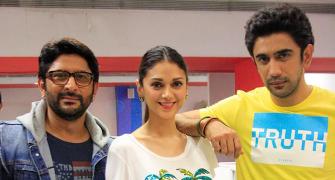 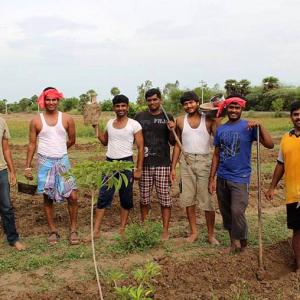