History would not see the institution kindly if it continues to avoid, as appears to be the case, hearing and deciding some of the most pressing issues of our time, asserts Aakar Patel. 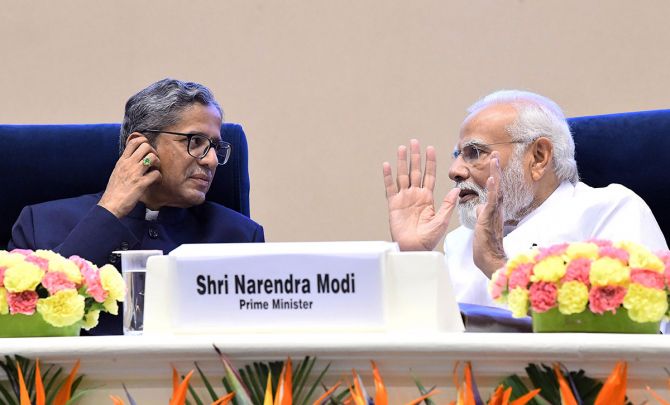 It has been about five years since the Electoral Bonds scheme was challenged in the Supreme Court, which has not decided on it.

The scheme, introduced as a 'money bill', in the Budget of 2017 so that it could not be debated and voted on in the Rajya Sabha.

Essentially, the scheme allows anyone -- including foreign governments and foreign companies and even criminal elements -- to anonymously donate unlimited sums to political parties.

The Reserve Bank of India objected to the scheme, saying that a bearer bond was essentially cash, but the government overruled the objection and implemented it.

The Supreme Court has not taken up the matter and decided on it.

It has been over two years since the Citizenship (Amendment) Act was passed and challenged in the Supreme Court as being in violation of the Constitution.

Home Minister Amit Shah said it was the first part of a pincer, along with the National Register of Citizens, which would then go after what he said were the 'termites'.

Readers will, of course, remember a massive protest against it in all of India's cities after the CAA was passed.

For some reason, the Supreme Court decided not to hear this matter either.

Around the same time, the status of Jammu and Kashmir was changed and though Article 370 was not abrogated it was hollowed out.

Kashmir lost its status as a state, it was demoted to a Union Territory, Ladakh was separated from it (causing a problem with China, though that is another issue) and Kashmir's elected representatives were dismissed and many jailed.

The Supreme Court did not hear or decide the habeas corpus pleas of the detained Kashmiri leaders, including former CM Mehbooba Mufti.

Our highest court has still not decided whether all this was constitutional.

It has not shown urgency in cases that many people think it should have.

Divisive laws that the government favours, such as the so-called love jihad laws passed by seven BJP states after 2018, the Supreme Court has chosen to not hear.

These laws essentially criminalise marriages between Hindus and Muslims but are not seen as important enough to be heard quickly.

Much noise was made by the court about the farm laws, but after setting up a committee the matter was forgotten till the government itself withdraw the laws.

On Pegasus, the current chief justice has said strong things but it has been a year since the victims of the criminal hack have moved court but nothing of significance has happened.

In fact the government refused to file an affidavit though the court asked it to reveal whether it was using this surveillance weapon on media, the Opposition, its own ministers and the judiciary.

We have to compare this state of affairs with some of the other things that the court has decided to do.

The Supreme Court retains credibility as an independent institution that is able to rise above politics and protect the Constitution.

This reputation has not been easy to build and has come because of some brave judges across the decades who have defied the government and the political leadership.

The judiciary and particularly the Supreme Court are special because they are theoretically immune from the pressures that the media, Opposition and civil society face.

History would not see the institution kindly if it continues to avoid, as appears to be the case, hearing and deciding some of the most pressing issues of our time. 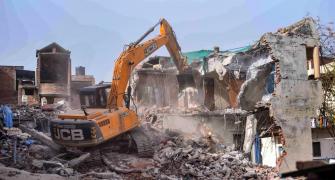 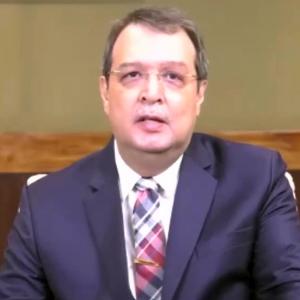 Courts should not interfere in policy matters, says SC