Just because the 14 elders spoke for us is not enough; each of us needs to add his voice and convert it into a clamour to be heard across the length and breadth of the country, says Mahesh Vijapurkar.

The call by the 14 wise men for a five-point agenda for now to move towards a "more confident and purposeful national environment" couldn't have been timed better. The country's common man is so steeped in woes and so weighed under a system that wrings him instead of facilitating his growth, enable him to exercise his life choices. The cynicism is running deep because cynicism is breeding on itself. There is a crying need to restore public confidence.

But it cannot happen overnight. But some immediate reassuring steps from the top, Manmohan Singh downwards, without alibis of coalition politics, without resort to the continuing game of pots and kettles calling each other back, would be quite in order. It would be unfortunate if only tokenism and not a reordering the way we do business between the government and the citizens is what emerges, then it would be dangerous. Mere tokenism would worsen the problems instead of scaring the mischief makers into good behaviour for all times to come.

After decades of corruption strengthening as the only way to get the government machineries cogs and wheels to move even in smallest cases, the man on the street is sceptical if even the demolition of the scam-riddled Adarsh in Mumbai would ensure for there is a sense of certainty among them that despite high-sounding moral affirmations to "get at the root', something would be done to save the scamsters; all they would get would be wraps on the knuckles, not exemplary punishment.

The common man wants a remarkable change but is unsure if it would ever happen in his lifetime. If it does not happen now, then, he is prone to think, his children would live worse lives than he does now.

Azim Premzi, B N Srikrishna, Jamshyd Godrej, Bimal Jalan, Anu Aga, Deepak Parekh, Nachiket Mor, Keshub Mahindra, N Vagul, Ashok ganguly, M Narasimham, Sav Variava, Yexdi Malegam, A Vaidyanathan are not alone in their fears. They have reflected on the issues and are mirroring it to the fear that a crisis is looming over the country because it is not being governed well.

One gets the feeling, given the way even the petty official subverts the system for his substantive chai-pani that Indians of the republic are not citizens with rights and entitlements but subjects to be ruled and troubled.

These worthies have said what needed to be said. The present ethos in this country would lead to a tragic situation where "India's huge growth potential and poverty alleviation challenges" would get "diluted or digressed from", and if that were to happen, it would "be a great loss, especially to the poor and the dispossessed."

They spoke out because they believe "a very large number of Indians who share our hopes and aspirations but have no means to channel their views and opinions in India's public domain". That is a reference indeed to the voiceless victim of the system.

No doubt there is governance deficit in almost every area of the national life which I think is also widening the trust-deficit between the government and the citizen. The 14 have spoken of corruption as a facet of misgovernance but I think a proper measure of governance should also include the ability to deliver at the cheapest cost the best to the most of the citizens in the shortest possible time, saving the rhetoric and claims of intent. I mean, just do it.

Citizens are tax-payers and what is garnered needs to be efficiently used and given the dues accruing from that in terms of good governance. And those not paying taxes are not any less -- someone else, you, me and him are paying taxes precisely to help the other citizens with his life's entitlement. No tall order, that. It is only how one goes about it.

Corruption has been spotted at the highest level and corruption cases in the past have been dealt with only politically, not legally with exemplary punishments. That does enthuse the clerk in the government office to continue harassing the citizen. He knows that when the preoccupation is with pretending to check big-ticket corruption, he can merrily carry on with his quid pro quos to do his routine duty.

An Adarsh, a 2G scam, the CWG scams, a Lavasa, an IAS couple in Madhya Pradesh with assets of Rs 200 cr and more are all seen as the tip of the iceberg and if the tip is that, imagine what is under the waterline. By the time these are tackled, new ones would emerge and at the cutting edge where the citizen-government functionary interface is most active and intense, mischief would persist.

It is difficult to say if the root of corruption sustains the branches or the other way around but being so widespread, it is not going to be easy to deal with even if the government, let us assume for a foolhardy moment, were to be serious. But that is no excuse for not doing anything at all. The monstrous mountain of corruption has to be chipped away by persistent action. Having allowed it to raise, those who did that have to necessarily flatten that mountain.

The 14 elders have spoken of the need understand the need for the elected representatives to distinguish between dissent and disruption which is all very well. But when they decide to dissent and not disrupt, they also ought to know that they need to deal with substantive issues of national well-being and not silly items like enriching themselves by becoming lobbyists and announcing periodic salary hikes for themselves.

They have been sent to the parliamentary institutions because the institutions need sterling men and women to work for the country's good but we have sent people there who can at best only destroy them from within by their venal politics. The public they say they serve is only a pretence; they are there to do their own things for their own benefit.

If the articulated concerns of the 14 elders, spoken on behalf of all of us, are to be addressed, then it ought to be supported by all of us and demand that some visible action. Just because they spoke for us is not enough; each of us needs to add his voice and convert it into a clamour to be heard across the length and breadth of the country. 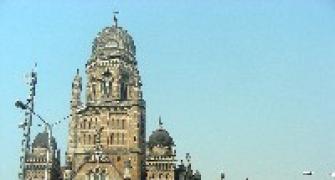 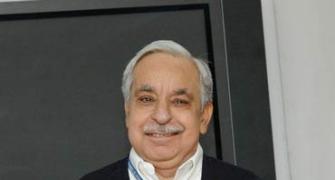 The postal service is bad news