Friday’s explosion on the London tube is the latest in a string of terror attacks in the United Kingdom in recent years.

Here is a timeline of the terror that has unfolded in the UK. 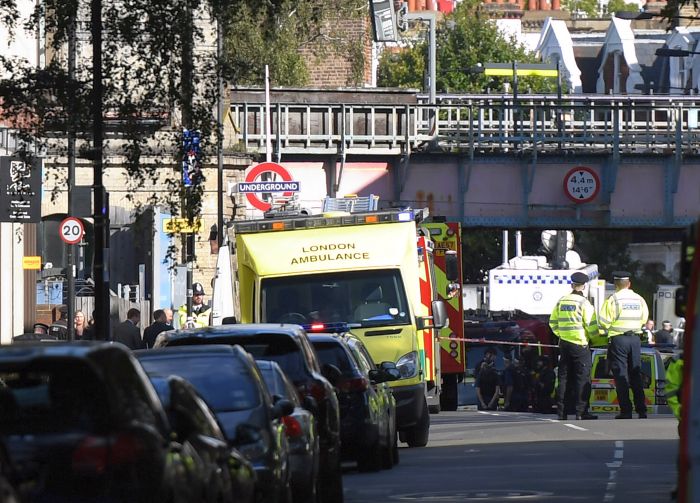 Three knife-wielding attackers in fake suicide vests unleashed a terror rampage in the British capital, plowing a van into pedestrians on the iconic LondonBridge before stabbing revellers in a nearby market, killing seven people.

Twenty-two people -- including children -- are killed and around 59 injured during a suspected terrorist bombing at a pop concert in Manchester.

Lone suicide bomber Salman Abedi detonated an improvised explosive device as crowds of music fans, many of them youngsters, left Manchester Arena following a performance by US artist Ariana Grande.

Five people are killed when a man launched a car and knife attack in central London. Khalid Masood drove a hire car over WestminsterBridge, near the Houses of Parliament, mounted the pavement and hit pedestrians before crashing into railings outside the Palace of Westminster.

Labour MP Jo Cox is murdered outside her constituency office in Batley, West Yorkshire. The mother of two (41) was shot and stabbed multiple times by right-wing extremist Thomas Mair. He was later handed a whole-life prison sentence for her murder.

A lone attacker attempts to behead a passenger during an Islamic State-inspired rampage in the ticket hall of Leytonstone Underground station in east London. Somali-born Muhiddin Mire targeted strangers at random during the attack before slashing fellow passenger Lyle Zimmerman, 56, with a knife. The schizophrenic was sent to BroadmoorHospital after being given a life sentence with a minimum term of eight years for attempted murder.

The 25-year-old serviceman was walking near his barracks in Woolwich, south-east London, when the pair rammed him with a car before attempting to hack off his head with knives. The killers were jailed for life at the Old Bailey in February 2014.

Four suicide bombers kill 52 and injure hundreds of others in blasts on the London Underground network and a bus.