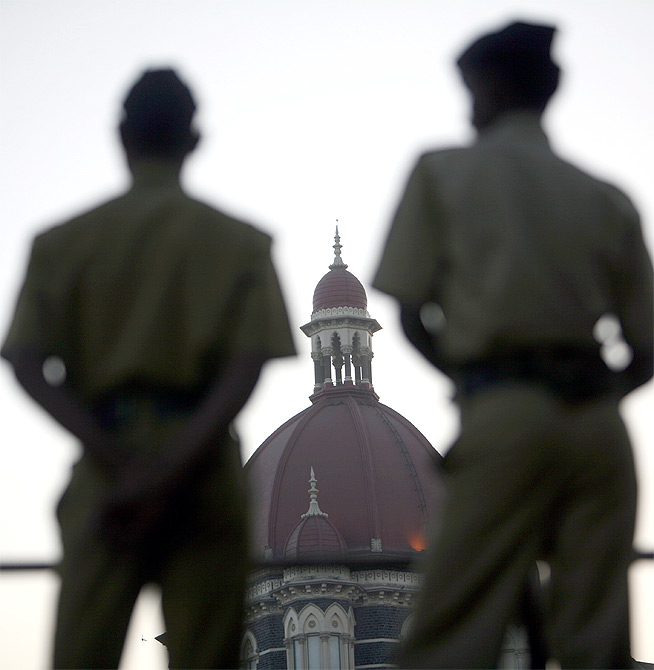 'During the course of our inquiry, we heard a rumour that the 10 terrorists had reached Mumbai days before 26/11. That the terrorists had landed at Machhimarnagar in Colaba and were staying in a hut which was being used by the underworld.'

'We heard that the kingpin of a diesel pilferage scam had provided shelter to the 10 terrorists. After taking shelter at a shanty in Machhimarnagar, the terrorists supposedly conducted reconnaissance of various targets in Mumbai before launching the attack.'

V Balachandran, the other member of the Ram Pradhan committee that probed the 26/11 terror attacks, speaks to Rediff.com's Vicky Nanjappa in a startling interview.

The ten terrorists from Pakistan who attacked Mumbai on November 26, 2008, were living in the city as one of us long before the terror strike. They lived in a shanty, used by an underworld figure with political links, at Colaba's Machhimarnagar area in south Mumbai, and conducted reconnaissance of various sites.

Days later, they walked into some of these sites with their guns blazing, killing 156 innocents, wounding hundreds others and wreaking havoc in Mumbai's darkest days yet.

This aspect in fact had come up before the Ram Pradhan Committee, comprising former Union home secretary Ram Pradhan and former special secretary, Research and Analysis Wing V Balachandran, which was constituted after the terror attacks by the Maharashtra government to look into the administration's woeful response to the strike.

In an exclusive and candid interview with Rediff.com's Vicky Nanjappa, Balachandran says the committee had come across this aspect and had handed over the pertinent information to central intelligence agencies, which did little about it.

Even the Mumbai police's crime branch, which investigated the attacks, did not go into detail about this aspect and finally said the terrorists landed in Mumbai on November 26, 2008, and went about the attack almost immediately

Balachandran also tore apart The Siege, a book on the 26/11 attacks by Adrian Levy and Cathy Scott, which raised many questions and doubts about the worst terror strike in India and the many shady players behind it.

The book contains many inaccuracies, believes Balachandran, adding that the authors have lifted information from the confidential Pradhan Committee report.

Here is what he had to say, in first person.

I would like to begin by saying that ours was not an investigating inquiry. Our charter was restricted. We had to look into three aspects -- we had to find out whether there was an intelligence failure, if the police action was adequate and we had to recommend necessary changes to improve the security system.

In my opinion, the central government ought to have made it a central government inquiry. But it was a state inquiry due to an uproar in the Maharashtra assembly. We avoided going into conspiracy theories behind the attack since our charter was restricted.

During the course of our inquiry, we heard a rumour that the 10 terrorists had reached Mumbai days before 26/11. That the terrorists had landed at Machhimarnagar (the fishermen's colony) in Colaba and were staying in a hut which was being used by the underworld.

We also heard that the kingpin of a diesel pilferage scam had provided shelter to the 10 terrorists. The scam involved pilfering diesel from the high seas and then selling it. This scam is alleged to have a lot of political involvement is what we heard.

After landing and taking shelter at a shanty in Machhimarnagar, the terrorists supposedly conducted reconnaissance of various targets in Mumbai before launching the attack.

We discussed these aspects in detail during our inquiry, but finally concluded that the charter does not permit us to get into all this and we had no authority to go further on this issue.

However, we heard that nothing happened on this aspect and the crime branch drew the conclusion that the ten terrorists had reached Mumbai on the day of the attack. We had nothing further to contribute. It is possible that the intelligence agency disproved our theory.

Yes, I know there is a lot of talk about how 10 people coming for the first time to a city managed to carry out an attack with such precision.

Here, I like to cite the attack on the Chabad House at Colaba. The House was located on a narrow lane connected to Colaba Causeway. I have lived in the area for a long time, but even I had not heard about Chabad House. I was amazed how the terrorists went about the attack there.

I would like to reiterate that we did not go into this aspect as our charter was restricted as I pointed out earlier. But it is possible that the original piece of information we got was accurate and a mole from the underworld could have provided shelter to these 10 terrorists. About the latest revelations made in the book The Siege written by Adrian Levy and Cathy Scott: First and foremost, the angle regarding David Headley came up much later. The Honeybee angle never came up during the inquiry at all as nobody spoke about it.

When we were probing the intelligence aspect, the then chief secretary of the state had written to the Centre and requested them to extend all support and cooperation to the committee. It was expected that the Centre would send us intelligence alerts connected to the terror strike.

They never did that. We had to get all these alerts from the director general of police of Maharashtra and the Mumbai police commissioner.

The Siege is full of inaccuracies.

Many people were already aware of the details about the attack and the failures that led to it, years back.

On December 19, 2008, the United States Congressional Research Service released an analysis of the attack and the Indian establishment's failures in dealing with it.

New York Police Department Commissioner Raymond Kelly gave an accurate account on January 8, 2009, to the US Senate Homeland Security Committee. On an invitation by the Singapore home ministry, I gave most of the presently 'revealed' details to senior Singapore police officials (April 2009) which was published in their Home Team Journal.

The book says the deaths of many of the victims inside Taj Mahal Hotel could have been prevented. It claims that no food was provided by the hotel personnel to the security men manning the pickets outside the lobby.

Three weeks before the terror strike, says the book, the management of the Taj Mahal Hotel had let the policemen go as they had demanded food while on duty.

This information is completely incorrect.

The policemen are not beggars. They were removed in the wake of an intelligence alert. The decision to remove the police security around the hotel on October 13, 2008, was taken by the then senior inspector of the Colaba police station due to additional security requirements.

In our inquiry, we concluded that it was a systematic failure to leave such an important decision to a junior officer.

We also pointed out that the three guards on duty would not have been able to do much anyway to tackle the terrorists as they were only carrying ordinary weapons. 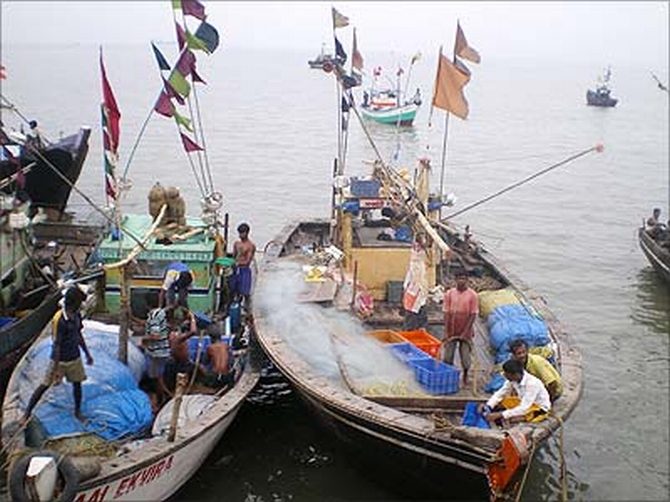 The book makes stale revelations as well. When we first sought intelligence alerts, the Maharashtra home department denied receiving any such alerts. This turned out to be incorrect.

These alerts were not time-specific. We did observe that capacity building ought to have been done after the alerts were received.

These alerts were examined against the characteristics of the terror attack. During our probe we looked into several aspects of the attack -- the sea-borne attack, multiple and simultaneous attacks, whether it was a commando or fidayeen attack and the Jewish targets of the strike.

In The Siege, the authors repeat the same analysis, but connect it to unidentified sources in the Central Intelligence Agency.

Funnily enough, while noting the list of multiple and simultaneous attacks, I had made a mistake in the numbering. There should have been 12 prior alerts under this category, not 11.

I hope the Maharashtra government will look into this matter and probe how a secret document submitted to the then chief minister personally has been accessed and used in the book without quoting the sources.