'Tabassum was always so hit and fit'

'She was bubbling with energy, had so much stamina and endurance, that I find it hard to believe that she has left us.' 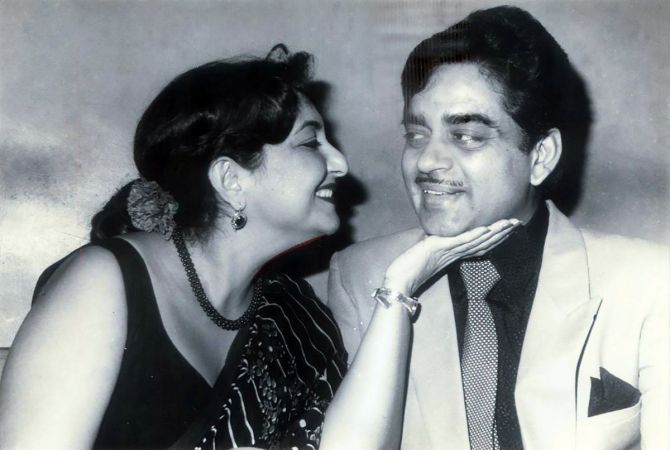 Theirs is a bond that endured for years in an industry known for its ephemeral relationships.

Actress and talk show host Tabassum met Shatrughan Sinha when he was a struggling actor. She would often joke that for her, he was not Shatru bhaiya, but Mitru bhaiya.

In an interview to Patcy N/Rediff.com, Tabassum had spoken about Phool Khile Hai Gulshan Gulshan, the memorable Doordarshan talk show which started on October 8, 1972, a week after the Doordarshan Kendra in Mumbai began its telecasts and continued for 21 years till 1993.

'Shatrughan Sinha came on my show thrice. His interviews were very good,' she told Patcy.

The always smiling Tabassum passed into the ages in hospital on Friday, November 18, evening. She was 78.

"I treated her with utmost respect, but I would also tease her saying that despite having done so many films, despite all her sher o shayari, some people still knew her as Baby Tabassum," Shatrughan Sinha tells Rediff.com Senior Contributor Roshmila Bhattacharya.

'She would often invite me over for nashta' 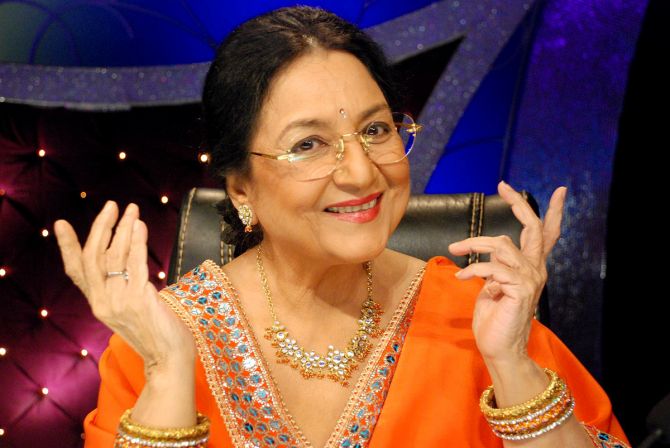 Tabassum was a wonderful lady, full of fun and sunshine.

She lived up to her name and was always smiling.

Itni achchi thi woh (She was such a lovely lady). Not only her face, her personality in its totality was beautiful.

It was my good fortune that I was her neighbour.

During my struggling days, I lived in Anthony Mansion, on 29th Road, Khar (northwest Mumbai), and she lived next door.

She would often invite me home for nashta (snacks) and was a wonderful hostess.

From back then, she had developed great affection for me.

Bahut maanti thi mujhe aur bete ke zariye, chhedti bhi thi (She treated me with respect, and with her son, would also pull my leg), saying playfully, 'I know everything about the girlfriends who come to meet you.'

I was also extremely fond of this lovely lady, a real livewire, and so talented!

She would say admiringly, 'You speak so well' 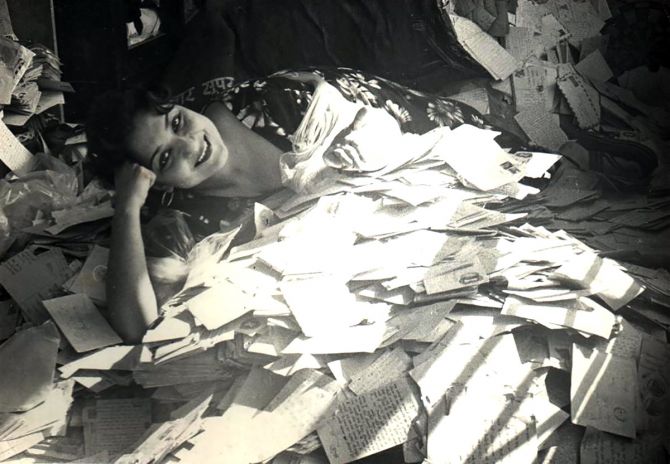 She had been working as a child star from a very young age and had done almost 100 films.

I myself have done around 250 films, but I don't remember working with her in any.

But she hosted this long-running and very popular chat show Phool Khile Hai Gulshan Gulshan, invited me over. I have gone on it for her alone.

Much to her delight, our guftagu (conversation) added to the show's popularity and she would say admiringly, 'You speak so well, itna bhadiya pesh karte ho aap (you express yourself so eloquently).'

Tabassum herself was known for her sher o shayari(Urdu couplets) and her sense of humour.

I never saw her in any kind of tension, koi tanaav.

She would chatter away non-stop and was always ready with a witty rejoinder that made you smile with her. 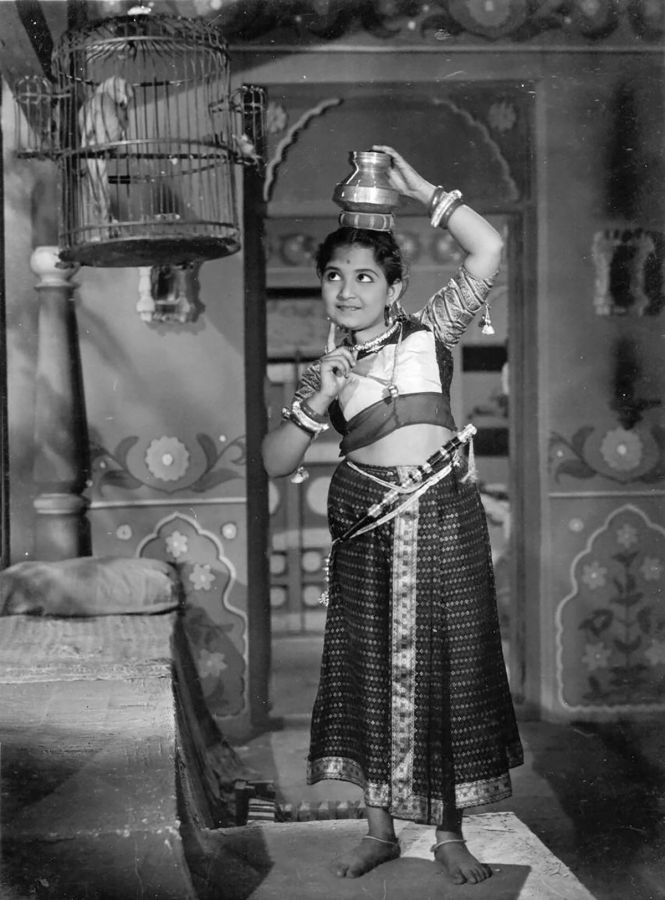 I treated her with utmost respect, gave her maan and sammaan,, but at the same time, I would also tease her saying that despite having done so many films, despite all her sher o shayari, some people still knew her as Baby Tabassum.

She was like another child star Naaz, who till the end remained Baby Naaz.

Her sudden demise has come as a shock because she was always so hit and fit, both mentally and physically.

She was bubbling with energy, had so much stamina and endurance, that today, I find it hard to believe that she has left us.

This was no age to go. 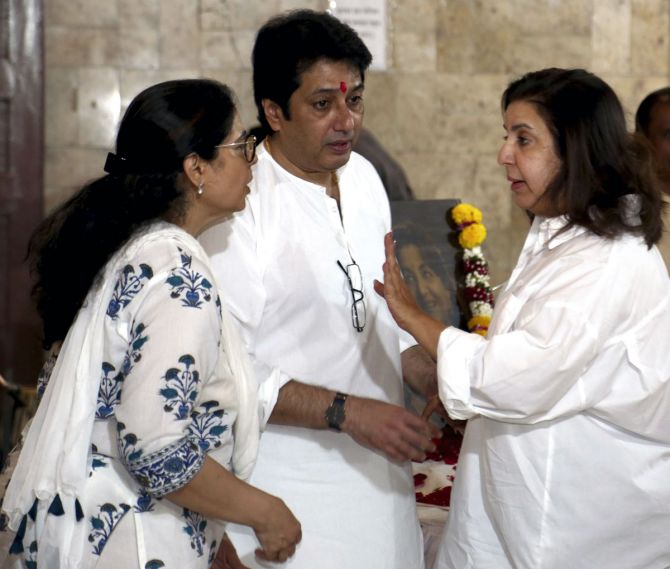 IMAGE: Director Farah Khan condoles with Hoshang Govil, Tabassum's only child, and his wife at the prayer meet for the late actress in Mumbai, November 21, 2022. Photograph: PTI Photo

Unki yaad hamesha rahegi, woh hamesha yaad aati rahengi (I will always remember her, keep remembering her) as a talented performer, a wonderful human being and as a fun-loving person.

I pray for her soul and wish her family, friends and well-wishers the strength to bear this loss.

And the inspiration to be a wonderful artiste and person like her who took us along with her on many journeys with a smile that never slipped or faded away. 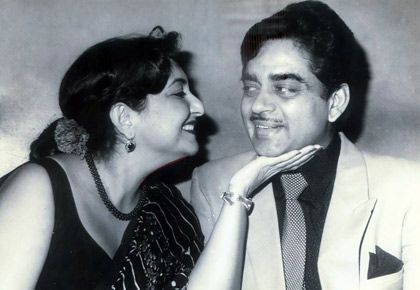 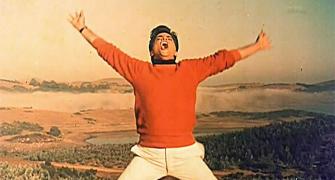 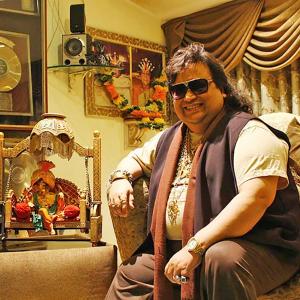