He sure seems to play it a lot!

His next release Sooryavanshi will see him in khaki too.

Joginder Tuteja looks at Akki's various cop roles through the years, and realises that he has played policeman as many as 17 times! 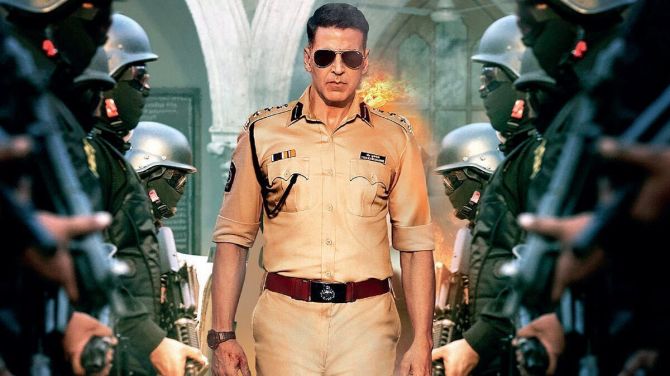 Akshay expands Rohit Shetty's cop universe and as the original players Ajay Devgn and Ranveer Singh join him in this action drama. 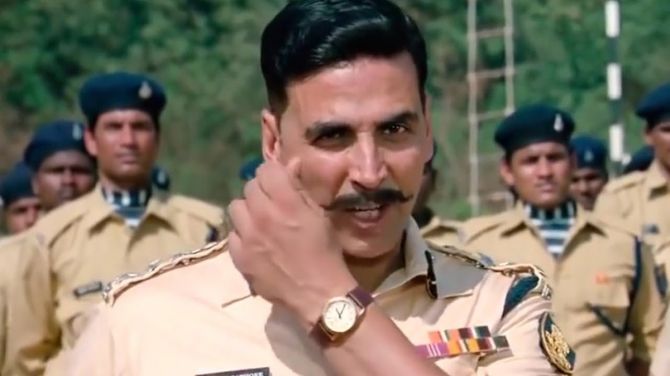 In a double role where he played a cop and a 'rowdy', Akshay was a lot of fun.

Director Prabhu Dheva made sure that the superstar played to the gallery, and delivered a blockbuster. 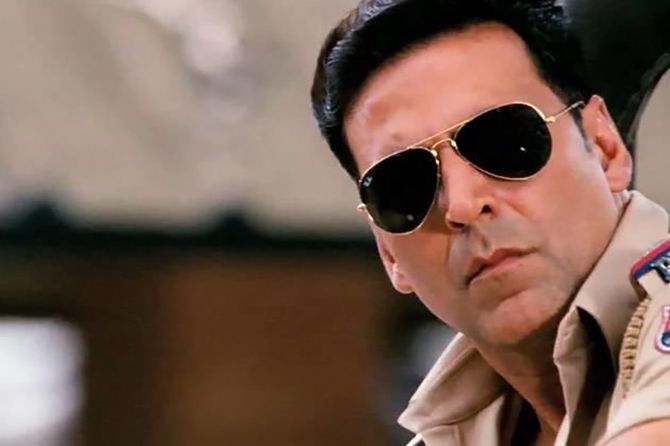 One of Akshay's lesser known Khiladi films, the actor brought forward his comic side.

More than his cop act, its the chartbuster Hukka Bar which is better remembered. 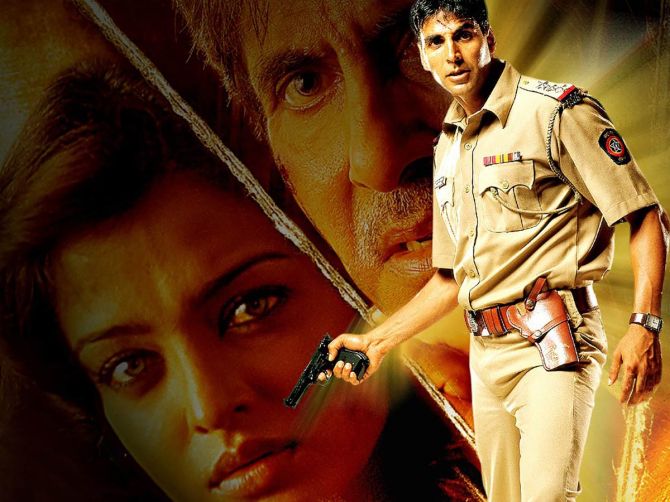 One his most measured and impactful performances, Khakee saw Akshay lock horns with Amitabh Bachchan, another actor known for his various cop acts!

By the end of its making, there were murmurs that Aan was similar to Khakee.

There was a race against time for both to release first but Aan didn't do well commercially. 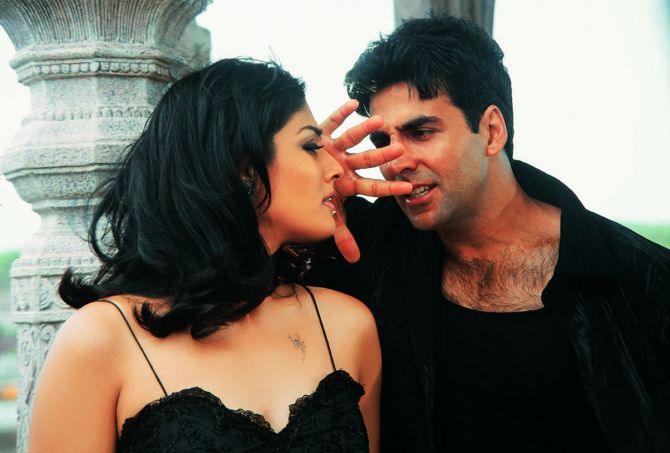 Police Force, unfortunately, was a delayed film with Raveena Tandon and Amrish Puri and did not find takers. 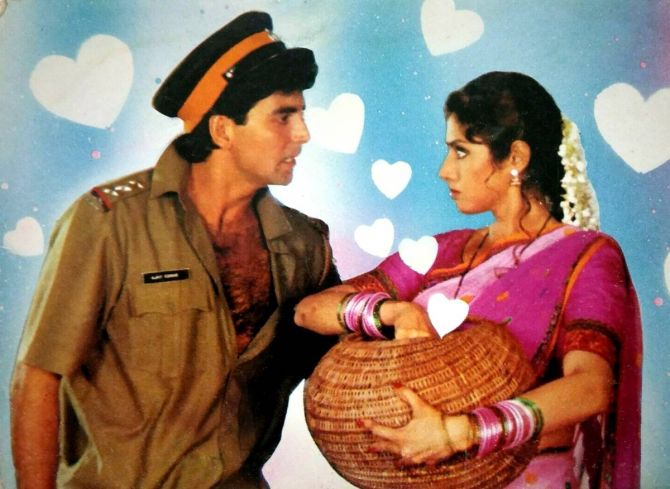 A much delayed film, Meri Biwi Ka Jawab Nahin is the only film where Akshay had Sridevi as his leading lady.

The film saw a token release and disappeared without a trace. 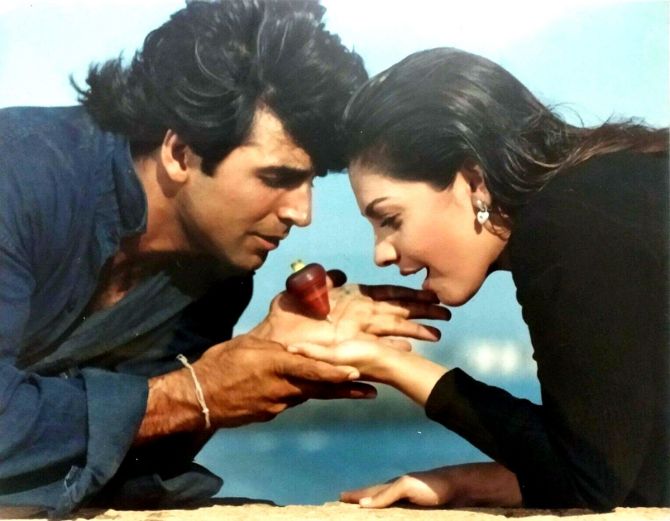 Angaaray is the only time when Akshay worked with Mahesh Bhatt.

An action masala entertainer, the film saw the actor lock horns with Nagarjuna as an undercover cop. 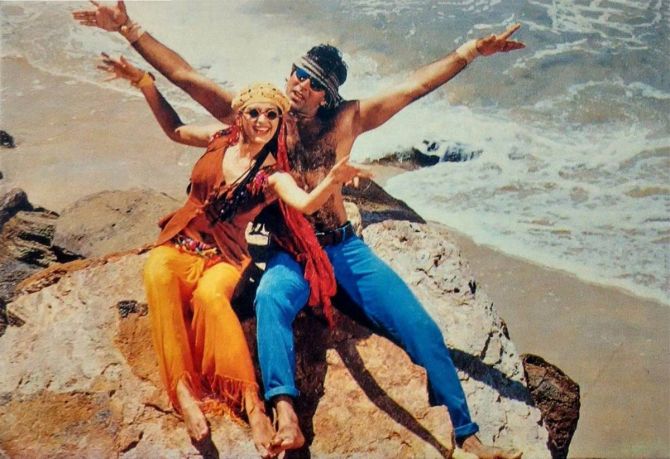 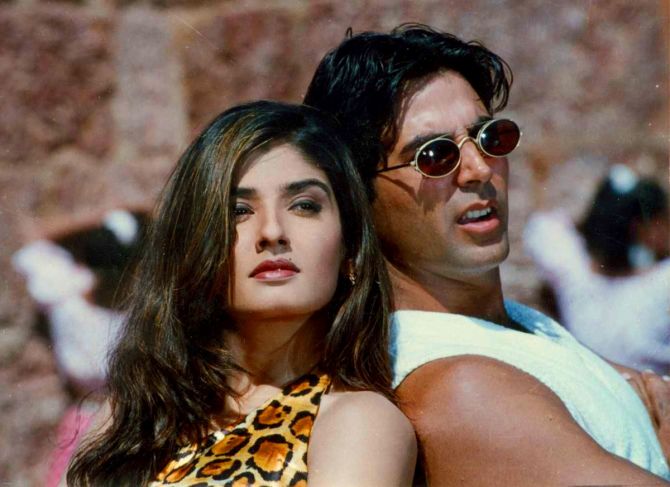 After Mohra, Akshay and Naseeruddin Shah came together again in Daava, this time as brothers.

Raveena Tandon returned as well, for this family drama. Akshay made a 'hit jodi' with Shilpa Shetty after Main Khiladi Tu Anari and they reunited for Insaaf: The Final Justice.

An action film, it has the popular song Baara Aana De. 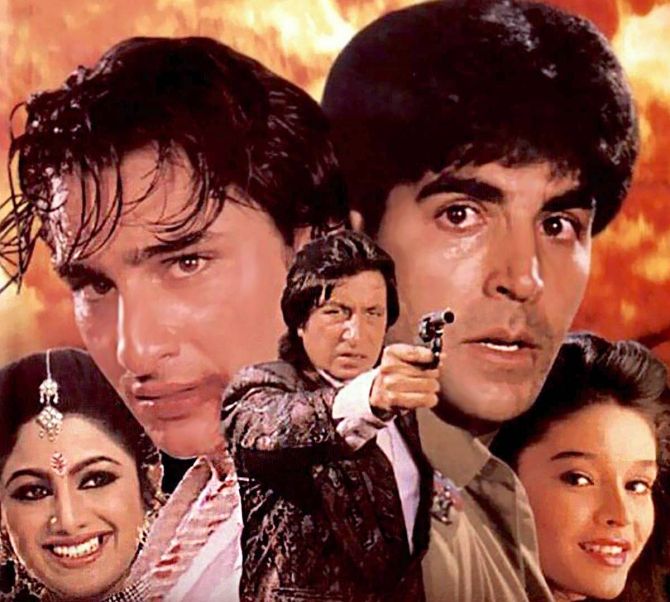 The Guddu Dhanoa directed film with Amrish Puri as the villain did well.

Various twists and turns coupled with a chartbuster -- Bholi Bhali Ladki -- turned this action film into a superhit.

A Raj Sippy film, it didn't do well. 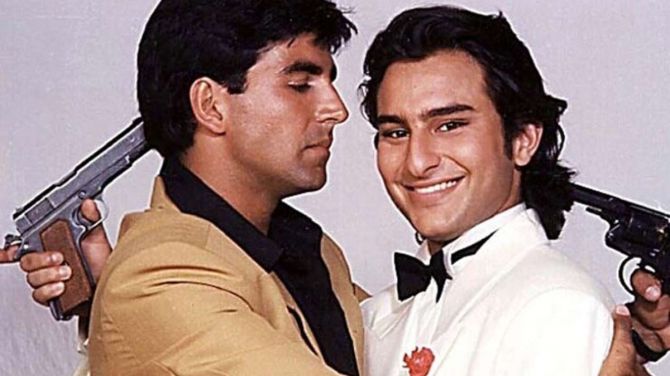 Main Khiladi Tu Anari saw aKSHAY in a suave and dashing avatar, as he played cop to Saif's 'anari' actor.

The song Chura Ke Dil Mera is a hit even today.

The film was a blockbuster. 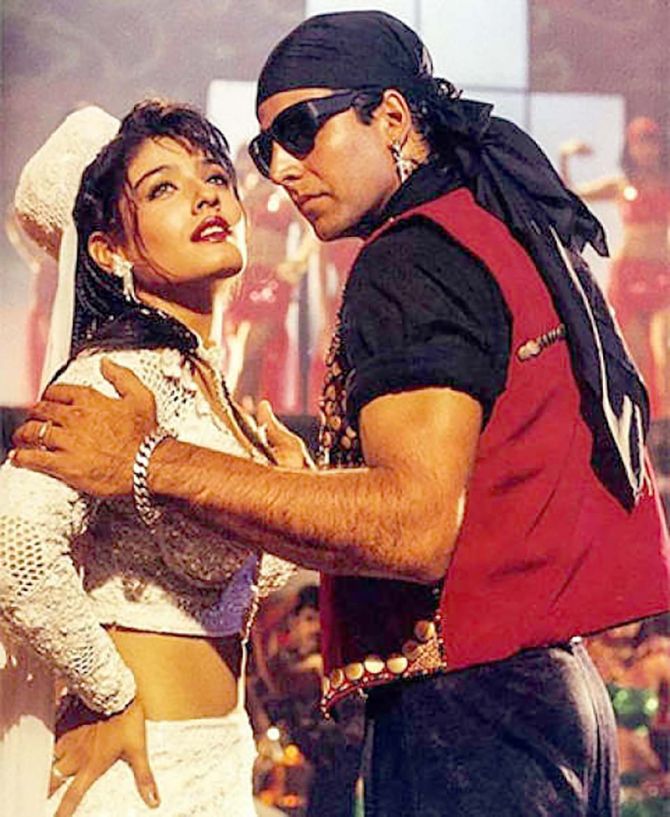 When it was announced, Mohra seemed like yet another masala cop film.

But the Akshay and Suniel Shetty bromance, along with Mast Mast girl Raveena Tandon ensured a blockbuster. 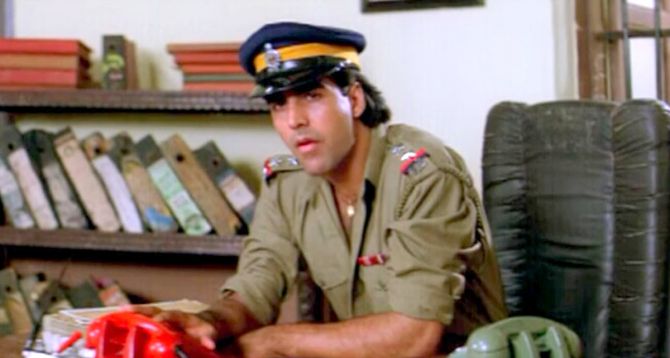 The first time when Akshay donned the uniform was in Kaayda Kanoon..

The film starred Sudesh Berry in a parallel lead role, but it did not create any ripples at the box office. 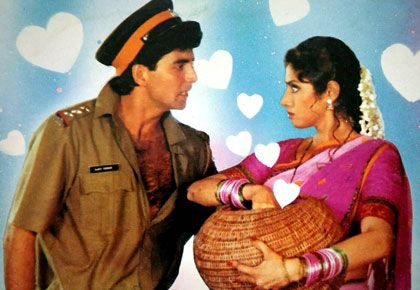 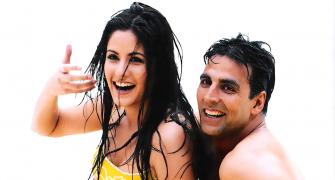 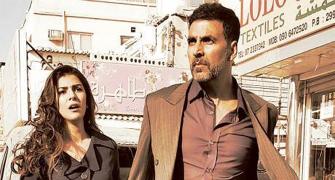 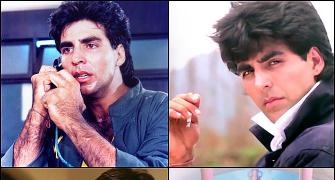 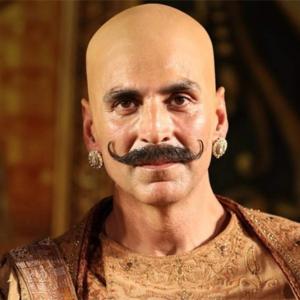 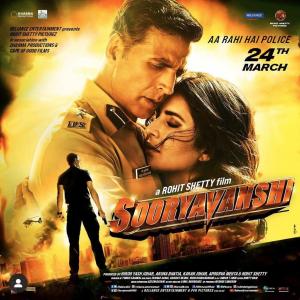