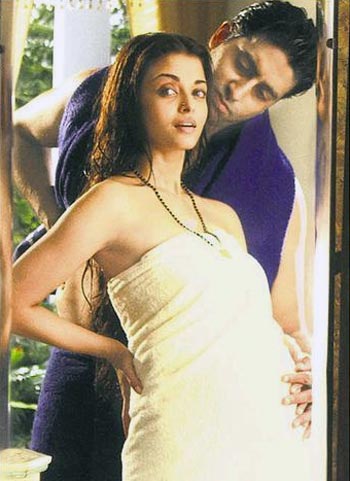 Ever since Amitabh Bachchan tweeted about becoming a dada again, the first family of cinema has been inundated with congratulatory messages. In most cases, the frenzy dies down gradually but certainly with Aishwarya Rai and Abhishek Bachchan as parents, Baby Bachchan will grow up in the limelight.

For now, speculation is underway whether Ash will slow down on her work schedule. The worst hit in this time of personal celebration will be Madhur Bhandarkar's Heroine, which Ash had agreed to act in before her pregnancy news swamped any trace of the film that was to portray her as Madhubala-meets-Marilyn Monroe.

But if Ash does decide to act, she won't be the first pregnant actress to be at work when the stork comes calling. Here's looking at actresses, who have worked through their pregnancies. 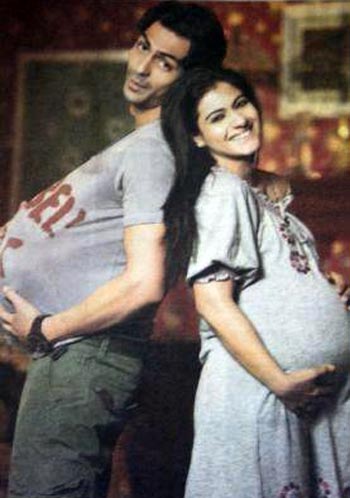 Image: Arjun Rampal and Kajol in We are Family

Having proved to be a great mother with Nysa, her first born, Kajol was working when the baby bump showed the second time round. Although hubby Ajay Devgn instructed her not to take on further assignments, Kajol was already in the midst of completing We are Family and Toonpur Ka Superhero.

She did go on to finish her dubbing on time, obliging long-time friend Karan Johar in no small measure. Karan, on his part, ensured there wasn't any delay in shooting. What's more, he got the promotional video shot much earlier given that Kajol wanted to be free of all work during her pregnancy.

It is believed Ajay spent as much as time possible with his wife tending to her needs like a dutiful husband. Kajol delivered Yug last year, making the Devgn family picture complete. 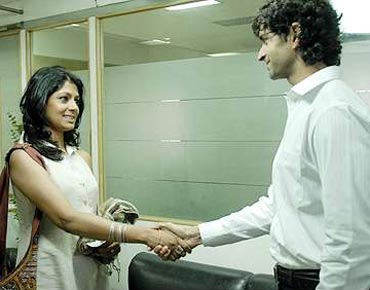 Image: Nandita Das in I Am

A Smita Patil-like presence in her movies, Nandita has broken new grounds as an actress-activist. Which is why when a five-months-pregnant Nandita was busy shooting for Onir's I Am last year instead of staying home, being cared for by husband Subodh Maskara, you knew instantly that only Nandita could do that.

She's a committed professional and since she believed in the subject of I Am and had given her word she refused to back out of the project. In a strange coincidence her character in I Am happened to be of a single woman who's yearning to be a mother. 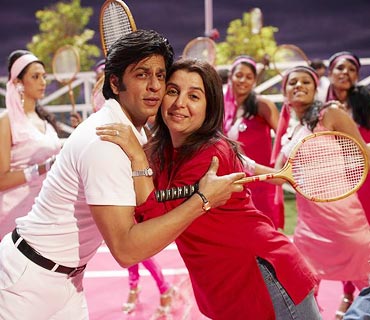 Probably the most hyperactive mom on the circuit, the choreographer-filmmaker was immersed in the post-production and pre-launch promotions of Om Shanti Om when she was she was pregnant with her triplets.

She was advised to go easy but the workaholic she is Farah refused to evade work. Most of her interviews during the time were conducted at her home, in a relaxed position without much movement.

Even as she was cutting her film's promos, attending pre-release events and hundred other last-minute meetings, she would keep her date with her doctor at Jaslok Hospital, Mumbai.

On days she couldn't meet her doctor, she would drop in at night post-work. The director was blessed with son Czar and daughters, Anya and Diva in 2008. 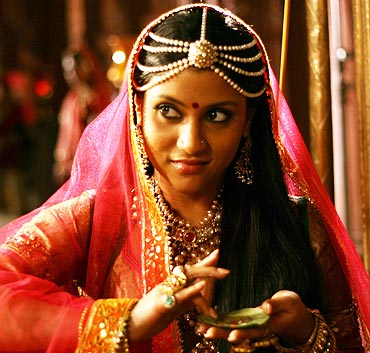 The feisty actress was working both before and after her baby, Haroon, was born in March earlier this year. When the news of her pregnancy first broke, Konkona's films at the time, Mirch and Right Yaa Wrong, were in post-production.

Although she pushed her commitments, she did take time off for promotions. As her delivery date approached, the actress complained that she was missing acting, "but who will cast me with the big belly?" She even took time off to shoot an exclusive photo shoot for a magazine cover.

Post-pregnancy, far from keeping a low-profile, she was spotted at several public events. Guess Koko was back where she belongs. 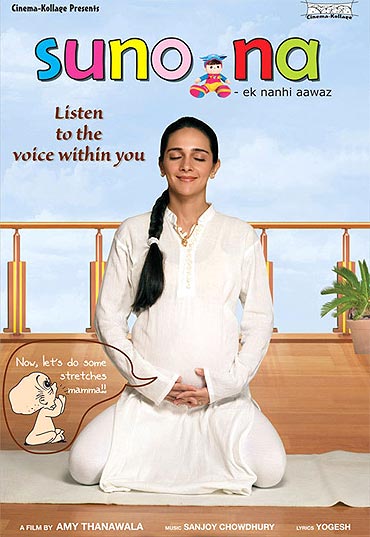 The gorgeous actress, mommy to the two year-old boy Zen, was up and about when she was preggers. Married to Roopak Saluja, Tara was promoting Suno Na, a film in which she essays a pregnant woman mirroring her situation in real life.

Alongside, she was also dubbing for another of her films, Mocktale and in between the health-conscious Tara would attend to her fitness routine.

As she inched closer to her delivery date, she slowed down and had to refuse Karan Johar's Kurbaan. She had her second baby -- a boy -- this month, and is expected to host a show called The Tara Sharma Show - Diaries of a New Mum, which as the title suggests talks about the actress' personal experience of motherhood.

A mother of two now, when Juhi Chawla was pregnant with the first-born Jhanvi in 2001, she was not short of offers and was already working on Ek Rishtaa and Aamdani Atthani Kharchaa Rupaiyaa. Moreover, Juhi took on a stage show offer in the US when she was three months pregnant.

Coincidentally, Juhi was expecting son Arjun when she worked in Jhankaar Beats, the musical in which she plays a housewife who's seven months pregnant with her second child. 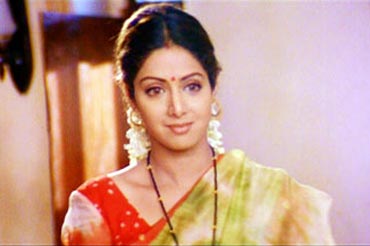 Blessed with two beautiful daughters, Jhanvi and Khushi, Sridevi was a top star during her first pregnancy; no wonder when news spread that she's expecting, producers went into a tizzy. She did complete full portions of her husband Boney Kapoor's production, Judaai and refused to take on further work, in the wake of which she lost out on plum projects.

When she was carrying Khushi, 11 now, she had already taken a break from movies but nevertheless she would accompany Boney on his shoots, especially on Hamara Dil Aapke Paas Hai.

A heavily-pregnant Sridevi even helped her family move to a new bungalow at the time and actually supervised everything. 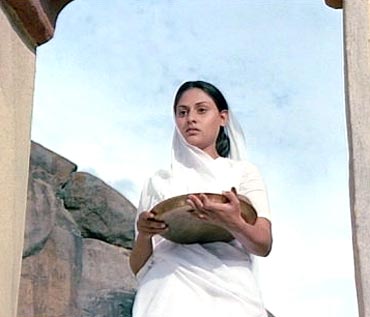 Just as the lady boss of the Bachchan clan was shooting for a film (Sholay, no prizes for guessing) that would become a part of India's cinema history, on the personal front, she was glowing pink. Reason? Amitabh and Jaya had been married barely a year and the actress was expecting daughter Shweta, her first born, during Sholay's shooting.

Big B often remembers Sholay with fondness, not only because the film became a landmark event in his life but also because he was excited to be a father. "In some shots you can actually see her working during the pregnancy," Bachchan once said, adding that he was really protective and careful of his wife.